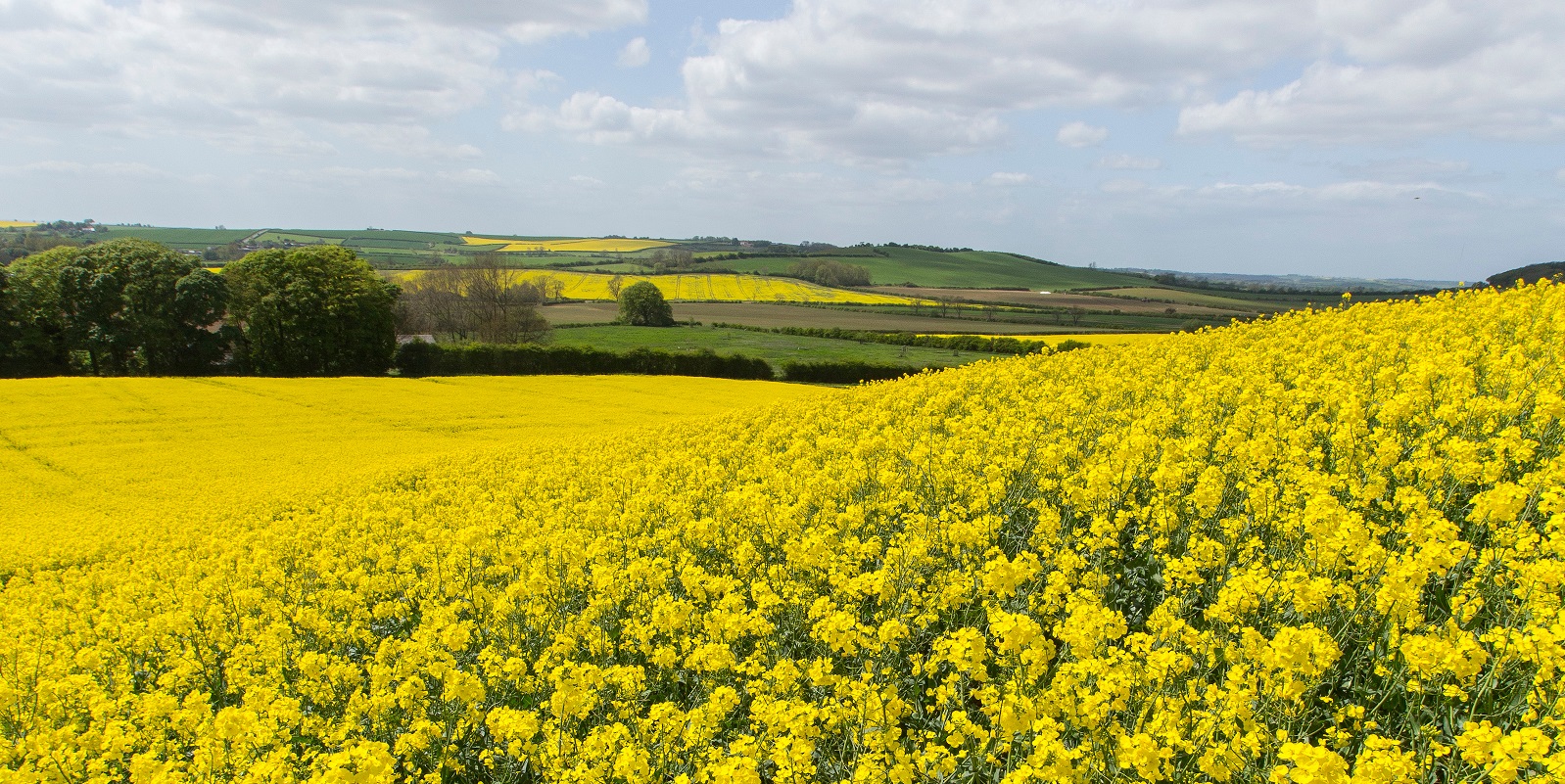 Since last time of writing, warmer weather has pushed things on and cereal crops have picked up nitrogen and are generally looking exceptional. Oilseed rape generally looks fine, but as crops move into full flower the evidence of its patchiness in places has come to the fore.

After some good rain in early April, it has been dry since and we are just on the cusp of this causing some problems for those growers looking to establish crops such as potatoes and late-sown spring barley.

Sean’s agronomy tips for May

Many wheat growers will be applying T1s to wheat in early May and leaf 3 emergence is the ideal timing. Crops are showing light Septoria lesions in the base and this inoculum has the potential to spread rapidly if wet weather arrives. Crops are also short due to cool and dry conditions, so there is a chance that disease will move to the upper canopy by leaf contact.

Products containing an SDHI offer the most robust Septoria control and mixed with a good rate of azole (65-80%) will give some eradicant activity and good persistence. Late drilled resistant varieties may allow for use of cheaper alternatives, but it has to keep the crop clean for 3-4 weeks and the disease pressure can change with the weather. Where rust has developed in susceptible varieties, particularly in coastal areas, a cheap azole added to the SDHI-based product will eliminate established disease.

Aviator applied at 1L/ha gives growers the SDHI Bixafen and an 80% dose of prothioconazole, which is ideal for Septoria control and has activity on the stem base diseases such as eyespot and fusarium.

Later-drilled crops that had a T0 treatment may be fairly clean, so a lower rate 0.8L/ha of Aviator may be a cost effective option. This provides a 65% rate of prothioconazole, which is still higher than many other pre-mixed options.

2. Consider more curative product for T2 fungicides in late May

Looking ahead to T2 in late May, the advice is to consider a more curative Septoria fungicide than at T1. Ascra (bixafen + fluopyram + prothioconazole) fits this bill and application rate will be dictated by disease pressure at the time. It is far too early to speculate on that, but if wet weather sees Septoria risk increase use a higher rate of 1.2L/ha. Where pressure is low, 1L/ha should be adequate.

As temperatures warm, the potential for a rise in sclerotinia inoculum increases and spray thresholds may be reached. If rain arrives as petals begin to fall, growers should seek guidance from the web-based prediction tools, such as the AHDB’s risk alert map, to give accurate guidance on disease pressure and correct spray timings.

As of the start of May few, if any, sclerotinia sprays have been applied. A fungicide treatment just ahead of mid-flowering to cover petals and stems gives a vital first line of defence against a disease which can cause significant losses. Growers in the north will generally opt for a one-spray programme and in these cases, a robust rate of Proline 275 (prothioconazole) applied at 0.6.L/ha provides good protection.

Winter barley responded to warmer conditions and has grown rapidly during late April. The T2 fungicide spray will not be too far away and requires careful planning to target awns as they emerge. Growth regulators are a key part of barley lodging control and the ideal plant growth regulator timing tends to be earlier around GS37, so may not coincide with the fungicide spray.

All barley diseases are present at low levels and have the potential to move up the canopy. Siltra (bixafen + prothioconazole) is the most robust one pack fungicide for broad-spectrum control with a wide range of tank mix options and the average use rate for T2 is 0.5L/ha. If barley brown rust is an issue, the addition of a morpholine or strobilurin should be considered.

With ramularia insensitive to azoles, SDHIs and strobilurins, the addition of a multisite such as chlorothalonil is also crucial at this timing to protect against the disease.

Grassweed control results have been quite good, especially where growers used a robust pre-emergence herbicide treatment and took advantage of the early season spray window and the targeted plants with contact products when small.

I am still getting a few calls for late brome and ryegrass control on headlands, which will be compromised by the thick crop cover and size of the grassweeds. Where tempted to treat, take note of the product label cut off timings. Monolith (mesosulfuron + propoxycarbazone) is GS33 of the wheat crop. Sprayed areas must be ploughed in the autumn if a broad-leaved crop such as OSR is to follow.