When you want to push your barley crop to the limit for yield and quality premiums, SiltraXpro is the fungicide of choice.

SiltraXpro delivers exceptional crop health and crop greening benefits for optimum grain quality, it is fully accepted by MAGB and the BBPA for use on malting crops. 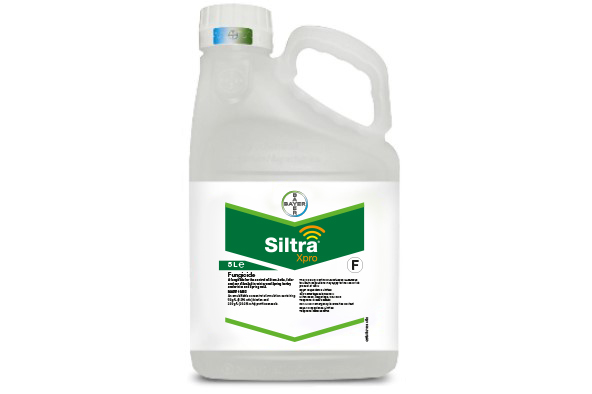 Further reading about the benefits of SiltraXpro

Next
When to use SiltraXpro

Next
How to use SiltraXpro

Next
Control of Ramularia in barley

Control of Ramularia in barley

Anyone growing barley should assume Ramularia is a threat which cannot be fully controlled with SDHI, triazole or strobilurin-based chemistry alone.

No resistance has been found to the broad spectrum fungicide chlorothalonil, so this is essential for controlling Ramularia. T2 is the key timing.

Although the dramatic resistance development presents challenges for Ramularia control, sensitive populations are still present in the UK, so not all crops will be affected.

Products like SiltraXpro remain effective where there is no resistance, although should be used with CTL for resistance management.

Even trials under very high disease pressure last year in Suffolk found a two-spray programme of SiltraXpro without CTL still delivered 50-60% Ramularia control, although by adding CTL this increased to 90%. Bixafen also aids greening, which improves crop health, he adds.

Siltra Xpro has been the best product in AHDB fungicide performance trials from 2009 - 2018. In these trials, Siltra has been shown to deliver a 0.2 t/ha yield increase over Elatus ERA. 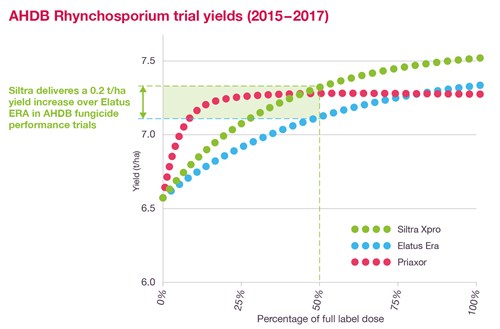 The superior formulation of Siltra leads to increased spread ability and quicker drying times, as demonstrated in the below visual comparing Siltra Xpro and Elatus ERA.