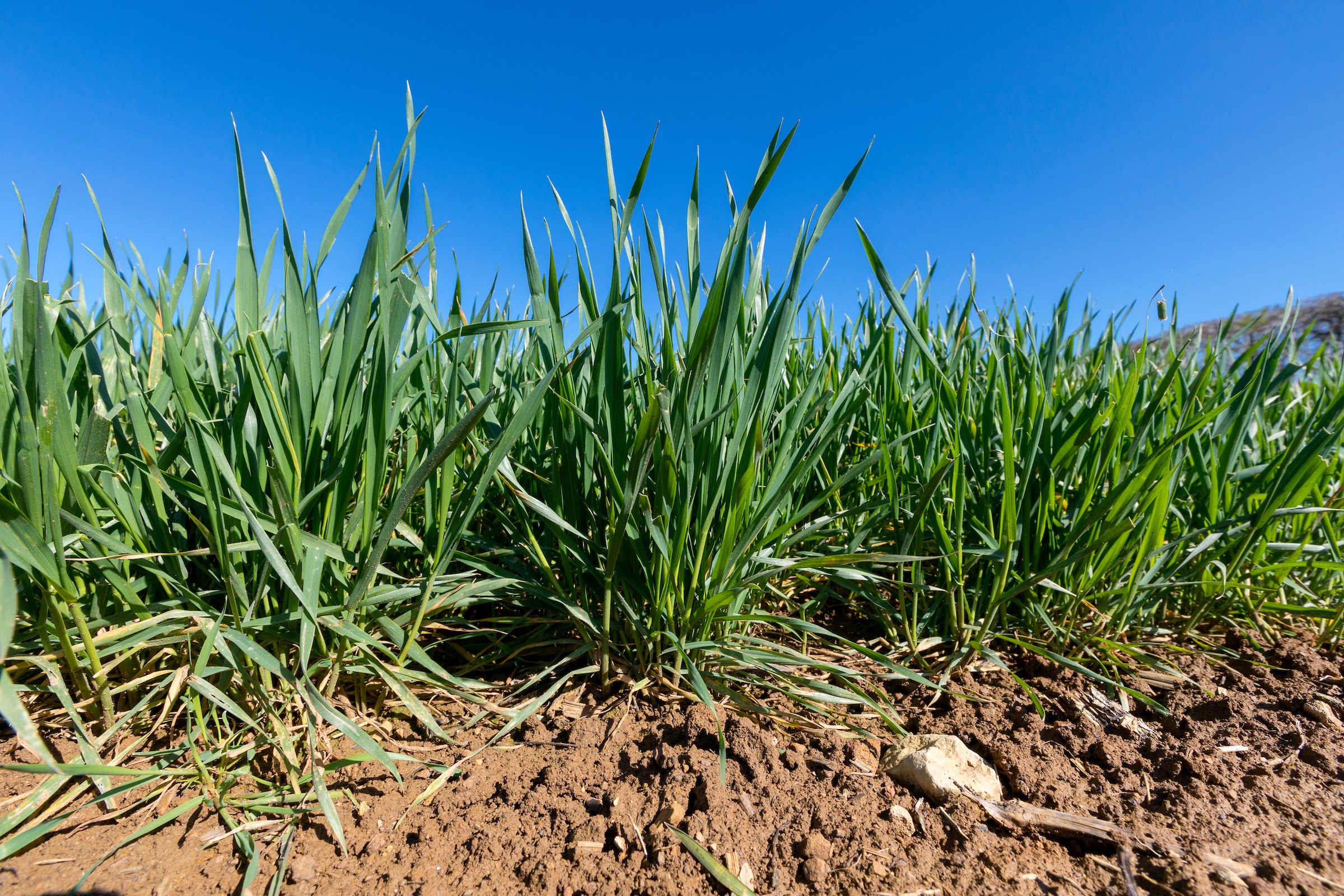 Wheat crops hadn’t quite reached GS30 as we approached the end of March, but it had started the first steps to stem extension, so it won’t be long before we reach T0, and at this time of year crops change quickly.

Last herbicides are going on as growers start to catch up on field work, with nitrogen applications also being made.

Oilseed rape crops generally still look good in the north. Larval damage is present in perhaps 40-50% of crops but were healthy enough to get through the attacks.

1. Consider the need for T0 sprays in wheat

Disease has been stopped by the weather doing its job. There’s old Septoria on lower leaves that are likely to or have already died, and some instances of yellow rust on susceptible varieties that has dried up, which shows there has been disease pressure.

Whether crops need a T0 will probably depend on drilling date and variety, with those susceptible to yellow rust most likely to be treated, and whether you believe in the insurance that a T0 gives you ahead of the T1 timing.

For yellow rust a cheap and cheerful tebuconazole is the active of choice. If you have active rust a strobilurin could also be considered.

Varieties that are agronomically weaker against Septoria could also be treated, but there is less confidence in folpet than there was in chlorothalonil, and with the extra cost, there is less appetite to treat.

Correctly timing T1 is the most important part of the application, and it is all about leaf three emergence. That can easily fall outside of the traditional GS32 window, which is why it is important to dissect plants, even though it can be fiddly, to make sure you’re spraying when leaf three is at least three-quarters emerged on the main stem.

If you go too early you miss getting full coverage of your target leaf, go too late and it’s been exposed for potential infection.

The inclusion of a SDHI active alongside a primary azole, such as prothioconazole, used to revolve around drilling date and disease pressure with later drilling and lower disease pressure more likely to not require one.

But without chlorothalonil we are more limited on how we can protect azoles so using products with both azoles and SDHIs, potentially with a strobilurin, will give best efficacy and help reduce the likelihood of resistance developing.

That leads to a choice of Ascra (bixafen + fluopyram + prothiconazole) or Aviator (bixafen + prothioconazole) as the base. Ascra is the stronger product at 1.0-1.2 L/ha gives good control of broad range to wheat diseases.

Aviator is perhaps the choice where stem-based diseases, such as eyespot, are a priority, with its extra prothioconazole loading.

If rust is a big problem, then adding a strobilurin can make sense.

3. Base winter barley T1s around prothioconazole

Base your T1 sprays around prothioconazole, which is a strong active covering all the main barley diseases at this timing, such as Rhynchosporium and net blotch. Partner it with a SDHI such as bixafen in Siltra or a strobilurin such as fluoxastrobin in Fandango.

Both Siltra and Fandango are good options with Siltra being the stronger option.

Most crops are around green bud stage at the time of writing but will quickly move into flowering during April.

With oilseed rape prices reaching £400/t, and potential in this season’s crops protecting them against both light leaf spot from reaching the pods and Sclerotinia with Aviator is worth considering.

For one-spray strategies use Aviator at 0.75-1.0 L/ha at or just before mid-flowering. If flowering is prolonged for longer than the three weeks protection then consider a split of 0.75 L/ha followed by 0.5 L/ha.

With only limited options for post-emergence weed control in potatoes, it’s important to make the most of pre-emergence applications.

Without linuron, Emerger (aclonifen) has emerged as a good tank-mix option. It does an excellent job on Polygonum species, brassicas and Chenopodium species, such as fat hen.

Potential partners include Artist (flufenacet + metribuzin), which is a strong broad-spectrum mix. Other possibilities could be clomazone, although keep an eye out for cranesbill, sow thistle and fat hen, metobromuron which is an excellent albeit expensive choice with a possible weakness against cleavers and cranesbill, while prosulfocarb and pendimethalin are cheaper options.

6. Go back to basics with sugar beet weed control

Now desmedipham is no longer authorised, sugar beet weed control could potentially be a little trickier and certainly needs a little more attention to detail without the flexibility and consistency we became used to with Betanal maxxPro (phenmedipham + desmedipham + ethofumesate + lenacil).

First applications of the replacement Betanal Tandem (phenmedipham + ethofumesate) should be applied at expanded cotyledon stage of the crop, ideally when weeds are also no bigger than that too.

Add a residual partner, such as metamitron, to broaden out the weed spectrum, and also add oil – up to 1.0 L/ha depending on the temperature on the day of spraying.

Follow up treatments should be applied typically 10-14 days later.

If you’re growing a Conviso Smart herbicide tolerant variety, the optimum timing for Conviso One (foramsulfuron + thiencarbazone) herbicide is 2-4 true leaves of the weed. We usually suggest using fat hen as the guiding weed for timing.