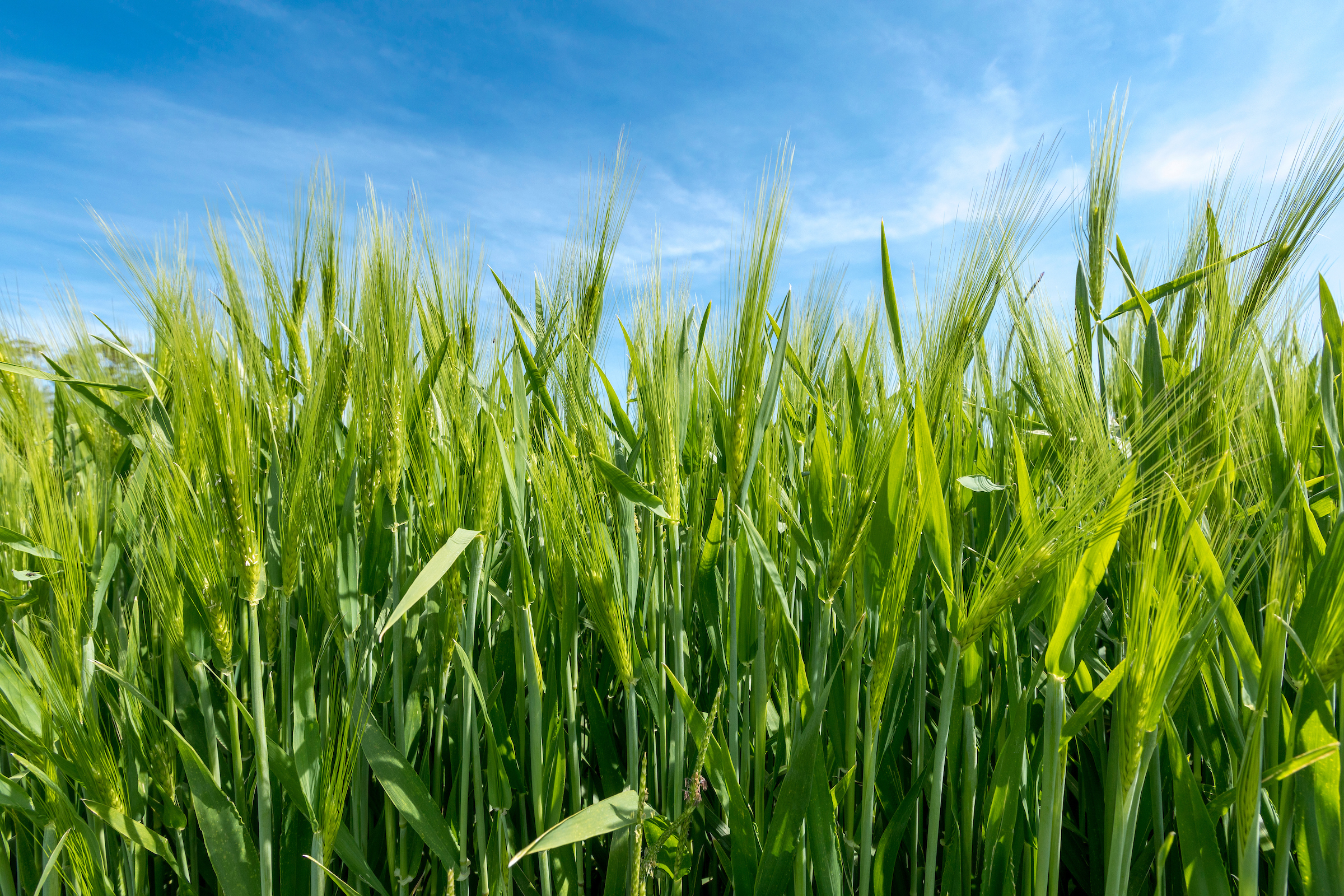 Around 15-35mm of rain in late April has really perked crops up in the west. In wheat most T1s are on, or about to be applied at time of writing. Septoria levels are low but the rain will also get disease motoring.

Yellow rust is being found in some unexpected varieties including Siskin and Crispin. That could suggest the emergence of a new race, although obviously that will need confirming through UKCPVS tests. There’s also some brown rust about in wheat, and more mildew appearing.

Gareth's tips for agronomy in May

1. Timing is everything at T2

Most of our wheat falls into the late sown category this season. That should mean disease risk is lower but timing is still crucial.

Hopefully applied T1s were well-timed, hitting leaf 3 fully emerged, but there will always be some that have gone on too late. This year, the risk is that growers have been fooled by expecting that leaf 3 emergence will coincide with GS32, as usually happens. In later-drilled crops that won’t have always been the case, and so T1s might have gone onto leaf 2, especially those sprayed further into May.

One consequence of that will be the timing between T1 and T2 could be really short, but it is crucial to not compound any timing issues by delaying T2s even if the interval between sprays is as short as just 10 days. You also need to use the right dose for that timing – it is going on to the most important leaves to protect. For Ascra (bixafen + fluopyram + prothioconazole) that’s a minimum of 1.0 L/ha, which as well as controlling Septoria, will also cover rusts and mildew with its all-round disease control.

In late sown crops it’s also entirely possible the flag leaf won’t have fully emerged by 20 May, when the cut off for applying chlorothalonil occurs. If your T1 hasn’t been applied yet, there is probably a case for considering 2.0 L/ha of CTL at T1, if you have stock for both timings, as you’re unlikely to apply your T2 before 20 May.

If you have applied T1s and have stock left, then decisions become complicated. Consider if you can use it up on other crops, or whether it might be possible to apply to leaf 2 before doing the T2 at the correct timing.

Otherwise your T2 timing could be compromised. If you go before the flag leaf is fully emerged, it will leave whatever part of the leaf hadn’t emerged at spraying exposed to diseases. My concern in that situation would be for diseases that cycle quickly, such as brown rust. I would suggest they would need following up quickly at T3 to cover that gap, especially if the weather is warm. Varieties such as Crusoe, Costello and Firefly would be at particular risk.

With earlier sown crops there is less risk – their T2 timing should be close to normal, and likely before the CTL cut off date.

3. Watch out for seedling net blotch in spring barley

There are reports of high levels of seedling net blotch in spring barley, particularly where growers haven’t been able, or chosen not, to use dressed seed. That will require growers to keep prothioconazole levels up to get on top of it.

Ideally in spring barley the T1 should be applied no later than late tillering. Some crops are getting close to that as this is written, while others are only at the 3 leaf stage.

Siltra (bixafen + prothiconazole) at 0.4 L/ha will give good all round disease protection, while there is some evidence that CTL at T1 can help protect against Ramularia. CTL is more effective at T2, but it is very unlikely that T2s in spring barley will be applied before the cut off for its use, as they are likely to be towards the end of the month. Good doses of prothioconazole will help against Ramularia, strobs and SDHIs less so because of resistance, while other multi-sites may help, albeit not as much as CTL did.

The rain will have encouraged a flush of weeds in potato crops, and pre-emergence sprays were being applied in early May. These will work more effectively because of the moisture.

For those still planting potatoes Emerger (aclonifen) + Artist (flufenacet + metribuzin) is a really strong mix with strengths against grassweeds from Artist and a broad selection of broadleaved weeds from Emerger.

The loss of diquat does mean growers need to be more aware of timing of weed control sprays. The remaining contacts need a little bit more time to work so need to go on a little earlier than the diquat timing.

Sclerotinia risk in oilseed rape increased with the rain, and many crops with potential will have been protected before that fell. Protection lasts for around three weeks, so if crops are still flowering after that period has passed, then consider whether you need further protection from something like 0.5 L/ha Aviator (bixafen + prothioconazole) or 0.32 L/ha Proline (prothioconazole).

6. Get on top of maize weed control

Some maize went into less than ideal seedbeds and not many pre-emergence herbicides have been applied. That means post-emergence options such as Maister (foramsulfuron + iodosulfuron) might be required, which will give good activity against a range of grass and broadleaved weeds.