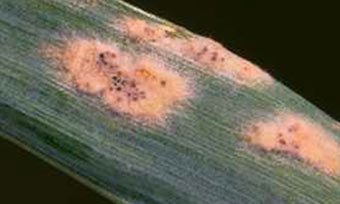 How does mildew impact wheat yields?

Mildew diverts nutrients from the plant to the fungus and increases respiration and transpiration. Severe early season infections, although very visible, don't impact on yields on a comparable scale to Septoria or rusts. Average yield reductions of 5% are possible, but severe early infections on susceptible varieties have been known to reduce yields up to 20% due to reduced numbers of fertile tillers. 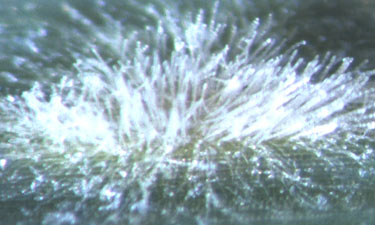 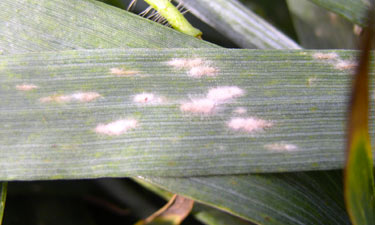 How to recognise mildew symptoms

One of the most easily recognisable diseases, mildew produces white fluffy pustules on the leaves, stem and sometimes on the ear. With time, these pustules turn brownish, and black dot cleistothecia become evident as shown above.

How to control mildew

Prothioconazole is the most mildew active azole, and will give very good protection against this disease where it is selected as the core component of a Septoria programme. This can be achieved by using Proline275 or Aviator235Xpro at T1 and Aviator235Xpro or AscraXpro at T2. In more curative, higher pressure early season scenarios, the addition of a specific mildewicide is a sensible precaution.