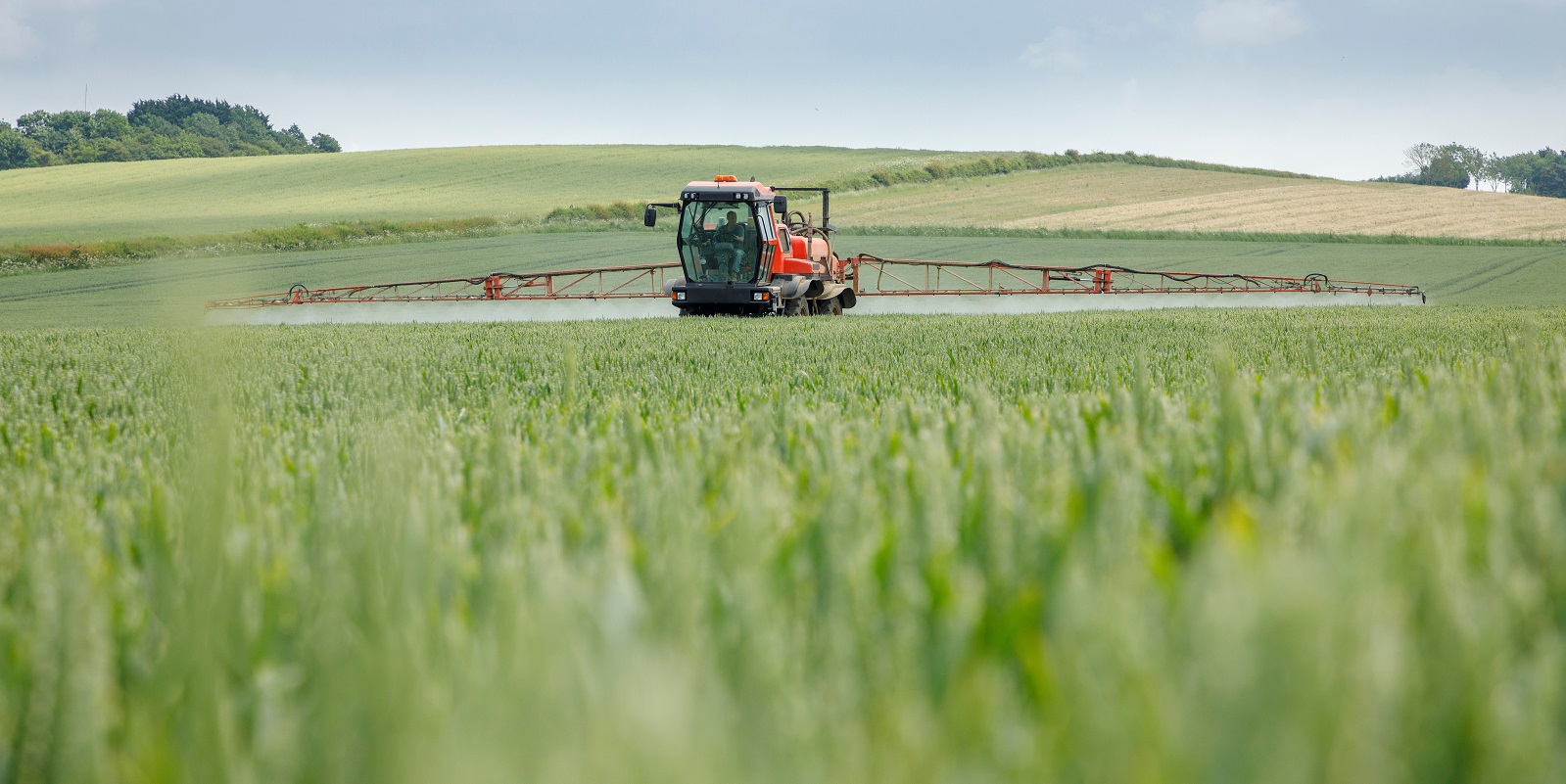 The rain that has fallen during late May has been very sporadic and localised, with some catching the showers and others not. Where there hasn’t been any rain, particularly on the light land, you are starting to see crops that need a drink soon.

In the main, however, most cereal crops look like they have plenty of potential and have caught some moisture at the right times. This has encouraged plenty of investment in crops, whether in fungicides or other inputs, to protect yield and maximise returns.

By the first week in June, most if not all T2 fungicides will have been applied to wheat crops, so attention will soon turn to ear sprays. Fusarium and microdochium will be key targets if the flowering period is wet and we are also seeing yellow rust in some varieties, which will like the showery conditions forecast for early June.

For optimum ear disease control, growers should aim to hit wheat crops with a T3 fungicide between GS 63 and 65 to protect  against fusarium and microdochium and maintain green leaf area. It is a very narrow window – the easiest way to try and identify the correct timing is when the first anthers are starting the appear in the lower part of the ear. Once these appear, get the sprayer out and go for it.

We are targeting fusarium species and 0.55L/ha Proline (prothioconazole) is the most active. It is also the only fungicide with efficacy against microdochium, so should be included in the T3 mix. Other diseases such as Septoria and late-season mildew will also be controlled by Proline, but where rust is a concern, the addition of a strobilurin or tebuconazole is advised. Co-formulated products such as Firefly (prothioconazole + fluoxastrobin) offer a one-can solution.

Depending on when spring barley crops were drilled, awns and ears will soon be emerging and present the ideal timing for a fungicide applications. Where crops have moved quickly through growth stages, this might be the first and only planned fungicide, or the second T2 spray in a two-spray programme.

Siltra (bixafen + prothioconazole) at 0.4-0.5L/ha is a good choice in either situation and multisite chlorothalonil should be added for ramularia control. In a one-spray programme, consider the more robust rate for optimum disease control.

3. Keep on top of sugar beet weeds and pests

Growers will be continuing with sugar beet herbicide programmes. Betanal MaxxPro (phenmedipham + ethofumesate + lenacil + desmedipham) at 1.25L/ha remains a flexible, effective, crop safe option right through the programme. There are a whole raft of tank mixing partners for specific weeds to consider, such as fluroxypyr for volunteer potatoes.

I have been seeing plenty of aphid activity around and growers should be out monitoring crops for the presence of Myzus Persicae, which transmit virus yellows. We have an Emergency Approval for two 0.4L/ha applications of foliar insecticide Biscaya (thiacloprid), which can be used when the treatment threshold is reached (1 wingless aphid per 4 plants up to the 12-leaf stage).

Late blight fungicide programmes have kicked off in Lincolnshire as crops reach the rosette stage. As the fluazinam-restant strain 37_A2 is present in the local population, the active should be avoided for control of foliar and tuber blight.

It has been a key part of tuber blight control strategies and where zoospore activity is required, Infinito (fluopicolide + propamocarb) is very effective and will help fill the gap. It can be positioned at early stable canopy to start building in tuber blight protection, but ensure one application is saved for use at burndown later in the season.

It should also be remembered that Infinito is one of the most effective products on foliar blight, offering systemic and translaminar activity, so fits in well at crucial periods such as rapid canopy in the earlier part of the season.

Maize drilling is complete and crops have emerged or are starting to poke through the ground now, so thoughts will turn to post-emergence weed control. Maize is very sensitive to weed competition in its early stages, so growers should look to tidy up weeds between the 2- and 6-leaf stage of the crop.

Maister (foramsulfuron + iodosulfuron + isoxadifen) offers good broad-spectrum control of grassweeds and broad-leaved weeds and should be applied with 2L/ha of Mero. Its only achillies heel is black bindweed, so where the weed is present add Buctril (bromoxynil) into the tankmix.

6. Save the date for brassica crop open day

A brassica crop innovation open day from plant breeder Seminis and Bayer will be held on 9 and 10 October at Kirton Holm, just south of Boston. Trials are now in the ground and include plots showcasing many the varieties and fungicide and insecticide programmes available to growers. If you would like more information, please contact matthew.garnett@bayer.com.