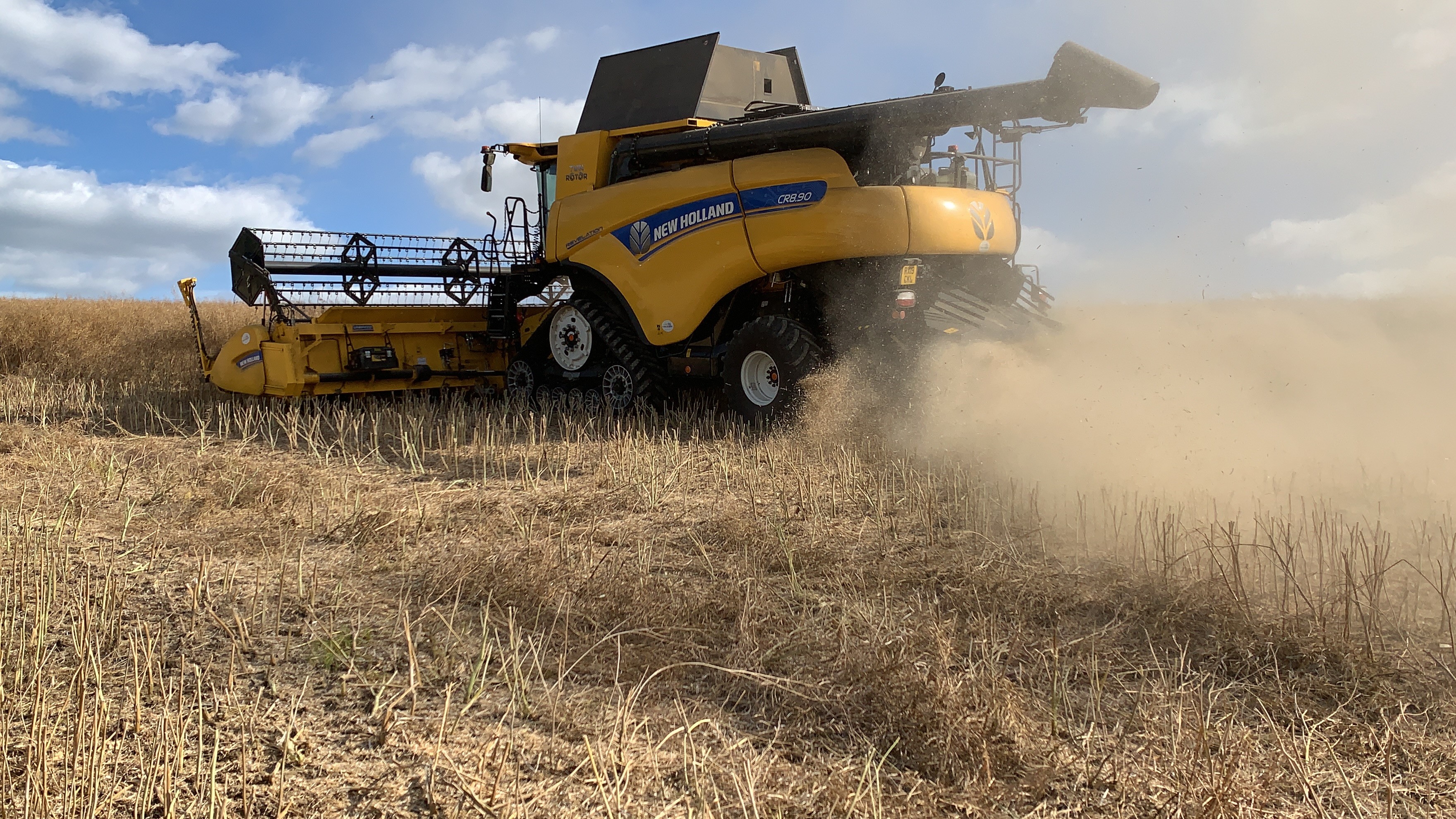 Cereal and oilseed rape crops were finishing fast in July in the dry and hot weather, with second wheats and / or lighter land crops senescing in a short period. Winter barley yields were reportedly OK, but not much else had been cut by mid-July. Obviously, that will have changed by the time you are reading this.

1. Mindset is important for oilseed rape

Getting oilseed rape up and growing away is crucial to success as we’ve seen over the past couple of years. Mindset is important: if you’re putting a crop in and expecting it to fail, it probably will fail, but if you put it in with the mindset it will be a crop and you’re going to combine it, you’ll probably look after it differently.

So barn dipping, putting a lot of seed on expecting some to fail isn’t the right mindset, in my opinion. I would spend money on a variety that has vigour in the autumn, and then again in the spring, and give it every opportunity to succeed – for example, using starter fertiliser.

Traditionally in the west we’re not particularly early drillers of oilseed rape, as wheat isn’t typically harvested as early as some other places. If the dry conditions of early July continue that’s probably a good thing, as drilling oilseed rape into the dry might not get it moving as quickly as you would like. Waiting for better conditions with some soil moisture is probably the right thing to do, and then it’s all about conserving moisture.

If rain does come so earlier drilling is possible, be mindful that might drive higher disease pressure, so choose varieties with good resistance to Phoma and light leaf spot.

Most DK varieties are suited to a range of drilling dates, although DK Expectation, DK Expansion and DK Exsteel might require an autumn growth regulator if drilled very early.

If you’re struggling with certain weeds, typically brassicas, think about growing a Clearfield variety, while rotation is the best control tactic if you have clubroot on the farm, but a clubroot-resistant variety such as DK Platinium, which has good autumn vigour can be helpful. Just be aware its disease resistance package means it will need looking after.

All Dekalb varieties are now available with Dekalb Establishment Scheme protection. To be eligible, purchase seed through a participating seed supplier, sow your crop before 20 September, register the field by 30 September and submit any claim for crop failure by 31 October. Once validated your supplier will credit you with up to £100/bag to cover the affected area.

Next season’s weed control starts immediately after the combine leaves the field. Take every field on its merits and assess cultivation strategy for the soil type, previous and following crop, and level of weed control.

If you’ve had a disaster in the previous crop, and there has been a lot of seed return, particularly of difficult grassweeds like Italian ryegrass or black-grass, don’t discount using the plough to help press the reset button.

Ploughing has a role, as long it is not used too often – but just be aware of what weed seed you might be bringing up. There’s understandable reticence to use the plough, but occasional ploughing, if you’ve got good soil structure and health, doesn’t undo all the good work, and there’s good evidence showing that soil in good health will recover more quickly.

If you don’t need to plough, then for weeds such as Italian ryegrass and black-grass, run a stubble rake over fields after the combine or do some other type of shallow cultivation to form a stale seedbed and encourage a chit. Try to avoid going too deep to bury seed and send them into dormancy.

When spraying off a flush of germinated weed seeds – probably not until into September – follow the latest guidelines to help protect glyphosate activity.

Use the right product – the Roundup brands have the best formulation – and think about the number of applications, and the right dose for the size and type of weeds. Weed Resistance Action Group guidelines advise no more than two applications, and if you do need two to make sure you use some form of cultivation between applications to take out any survivors. If you’re not going to cultivate then plan to only use one application.

With potentially an earlier harvest, especially on light land, there might the six weeks you need for a catch crop before a wheat crop, particularly if you’re delaying drilling for grass weeds.

With a catch crop, as well as protecting the soil, you also want to encourage grass weeds to come up before you plant the cash crop in the autumn. Don’t put the catch crop into thick so the grass weed will germinate with the catch crop, can be sprayed off and the autumn crop direct drilled into it without disturbing the soil and encouraging another flush.

Blight programmes should be being applied on around seven-day intervals, and it’s the time of the programme when attention switches to using products with both foliar and tuber blight efficacy. This is where Infinito (propamocarb + fluopicolide) fits with its two actives, two modes of action and good activity against both forms.

You have a maximum of four applications of Infinito during the season, but no more than two in succession so plan the remainder of your programme carefully.

4. Use FieldView to identify field areas to investigate

With harvest underway this is when Climate FieldView, our digital platform, comes into its own. It’s an excellent tool for harvest enabling you to identify hot spots and low spots for yield in a field in real time, allowing quick investigation into unexpected results.

Another nice feature, if you’re on the combine, is to make notes and take pics as you harvest of things that might come in useful next season – for example, patches of grass weeds. It’s a lot easier to use these types of dropped pins and images than try to remember the mental notes you make in the combine.

You don’t have to have a top of the range combine to use FieldView – we now have a yield kit which can be retrofitted to provide live yield and moisture information. It costs £4,400 and can be fitted to all combines regardless of make, models, or age.