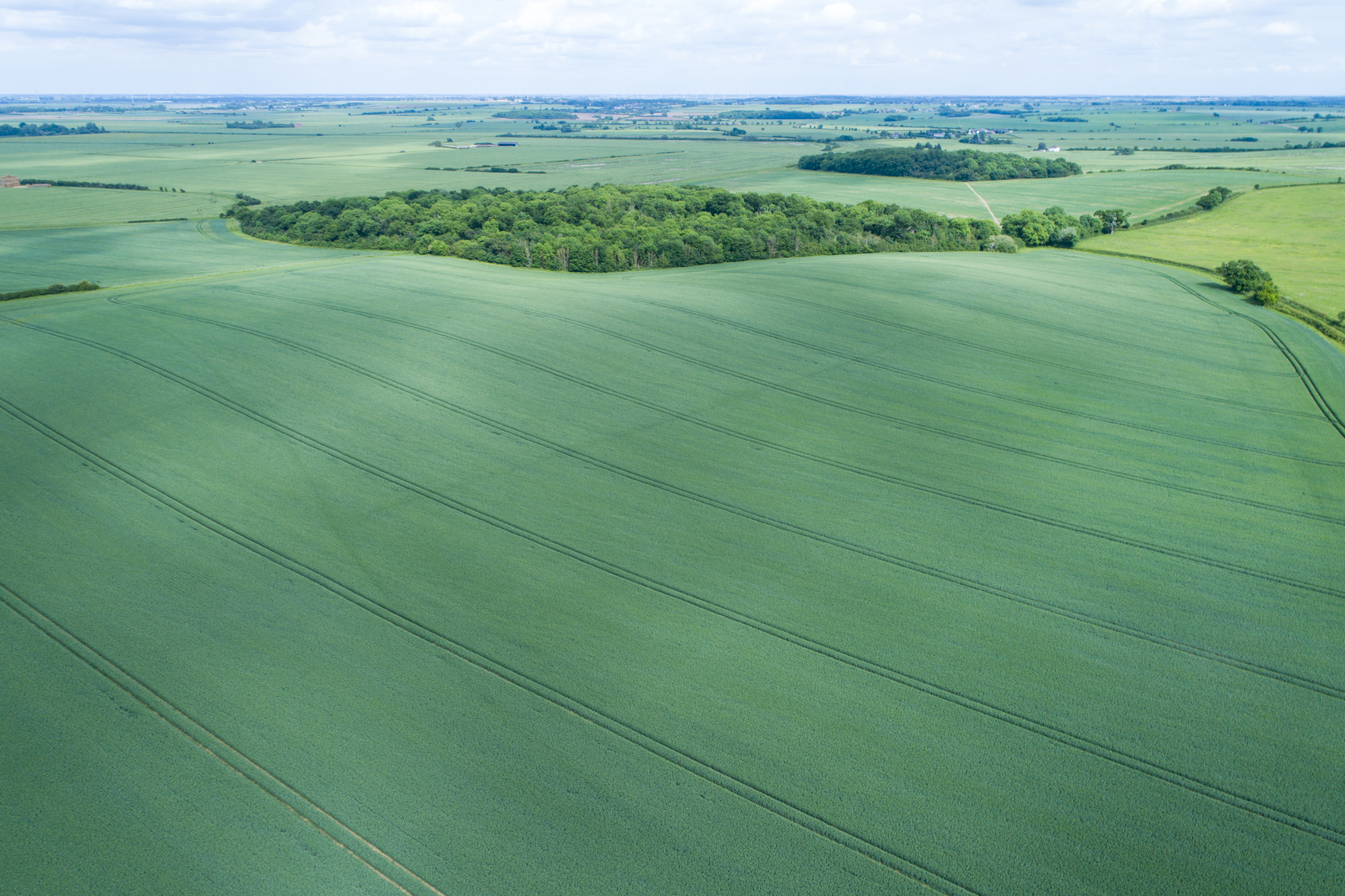 Despite a dry April, the wheats are faring reasonably well. Most have taken up fertiliser, but some of the later drilled crops are starting to look like they could do with some more moisture to kick in the fertiliser and get going.

Winter barley is similar – some looks good, while some crops particularly on lighter land are starting to stress react and race through growth stages, which is bit of a concern.

Disease pressure in wheat has been mixed to date, – an increase in yellow rust  more recently has been most evident , particularly in the susceptible varieties and will need monitoring carefully. Septoria was carried through the mild, wet winter but the recent dry period has slowed its spread up the canopy.

In winter barley, brown rust has appeared when temperatures have risen, and there’s also some net blotch and Rhynchosporium on lower leaves.

Oilseed rape ranges from brilliant looking crops to pretty poor, variable crops that are flowering all over the shop. Fortunately there might be more of the better looking crops this year.

Ella’s agronomy tips for May

1. Use variety, drilling date and observation to guide T2 in wheat

Just as with T1s, which went on at the end of April in most cases, timing is crucial for T2 with the aim to apply at full flag leaf emergence to give maximum protection.

While in April we didn’t have massively conducive weather for Septoria, we know the relatively mild wet winter will mean there is a base level of inoculum bubbling away, which with the right weather could increase quickly.

In our latest National Snapshot latent disease testing – part of our CropCheck service – in the east Septoria has been quite low on the top two leaves, which is not surprising, but through the winter there was often disease being detected in the lower leaves.

So be mindful of varietal susceptibility and drilling date just as at T1 in setting your risk and product choice at T2. CropCheck is another tool you can use to help determine your risk by sending off leaves just before T2 in both wheat and barley to test for latest diseases, as well as visual observation.

In the east as well as Septoria, yellow and brown rust are also risks, so you’re likely to need a broad-spectrum product.

Ascra (bixafen + prothioconazole + fluopyram) ticks all those boxes plus gives you dose flexibility which is useful in the east with most farms likely to have a range of drilling dates. Anything from 1.0 to 1.5 L/ha will be a strong option at T2 depending on your situation.

If weather is catchy, Ascra also has the Xpro Leafshield technology built into the formulation which gives rainfastness in minutes and helpful for best efficacy.

The T2 in winter barley is often considered less important in winter barley to generate yield, as the yield is set by tiller retention earlier on. But in past seasons we have seen disease coming in late due to weather which will have an impact.

Current dry weather will have reduced the likelihood of Rhynchosporium and net blotch infections, that could easily change with some wet weather. It’s also important to protect against Ramularia at T2.

Ramularia is difficult to predict and get 100% control of in recent seasons with insensitivity and resistant strains to most of the major fungicide chemical groups. It’s often triggered by stress in the plant so in hotter and drier weather we could see a breakout.

That means there is probably no one major disease to focus on for T2 – so again a broad spectrum fungicide is likely to be required. Siltra (bixafen + prothioconazole) is a tried and tested technically strong product at this timing at rates of 0.4-0.5 L/ha, while if you didn’t use Ascra at T1 is another good option. Fluopyram does have additional activity on Ramularia as it is a different class of SDHI chemistry, so could be useful.

Spring barley is similar to winter barley with the same key diseases likely to be problematic. The challenge in spring barley is how much to spend – there’s always the question of how important the T1 is compared to T2. However, we know that controlling key diseases such as Rhynchosporium and net blotch early is key to reduce plant stress and hence their susceptibility to Ramularia later in the season.

Two sprays of Siltra will cover all bases and be a good value option at rates of around 0.4 L/ha with the addition of the Xpro physiological benefits increasing chloryphll content and GLA retention Ascra at 0.7L/ha will also provide a useful option at T2 for where Ramularia is higher risk.

Oilseed rape crops had grown relatively slowly up until flowering because of the dry weather, and mostly no doubt due to various pest pressures, flowering in some crops and on some farms is very variable.

That makes it quite tricky to time fungicide sprays, primarily for Sclerotinia but also to top up light leaf spot control. The first should ideally be at mid-flowering and should have gone on towards the end of April.

If crops remain flowering beyond the three weeks protection that application should give and given the commodity price for the crop is so favourable, then it is probably justifiable to protect with a follow up spray, particularly if the weather has changed.

For a second spray Aviator at 0.5 L/ha will give excellent control with the benefit of two modes of action against Sclerotinia, helping with resistance management.

Sugar beet has been a bit slow to get going, either through later drilling and / or slower growth caused by cooler weather. By the end of April some crops were at two true leaves easily, while others were only just emerging.

With a much higher risk of virus yellows from earlier aphid flights compared with last season, even with neonicotinoid seed dressings approved, choosing herbicides that are kind to the crop to minimise any crop check that will slow progress to the 12 true leaf stage where adult plant resistance starts to develop against aphids transmitting virus.

Obviously it is also important to also select highly effective herbicide, and Betanal Tandem (phenmedipham + ethofumesate) ticks both of those boxes in controlling a range of weeds and being kind to the crop.

First sprays in many crops will have been applied at the end of April at expanded cotyledon, with second sprays from two true leaves at a higher rate of 1.5 L/ha, with oil and any required tank mixture partners. The oil will help give an uplift in weed control especially when weeds start to get a bit bigger.

Make sure you tailor the oil rate to the temperature on the day of spraying, and also pay attention to other factors that could affect safety such as big swings in day and night temperatures and wind damage.

If you’re growing a Conviso tolerant variety, then the one application of Conviso One (foramsulfuron + thiencarbazone-ethyl) will be due when an indicator key weed - typically fat hen – reaches 2-4 TL, although it can control some other weeds up to 6 TL.

If you need to, you can sequence it with non-sulfonylurea sugar beet herbicides. Last year we saw excellent control from the one application but a lack of soil moisture will affect the residual activity of Conviso so bear that in mind for later germinating weeds.