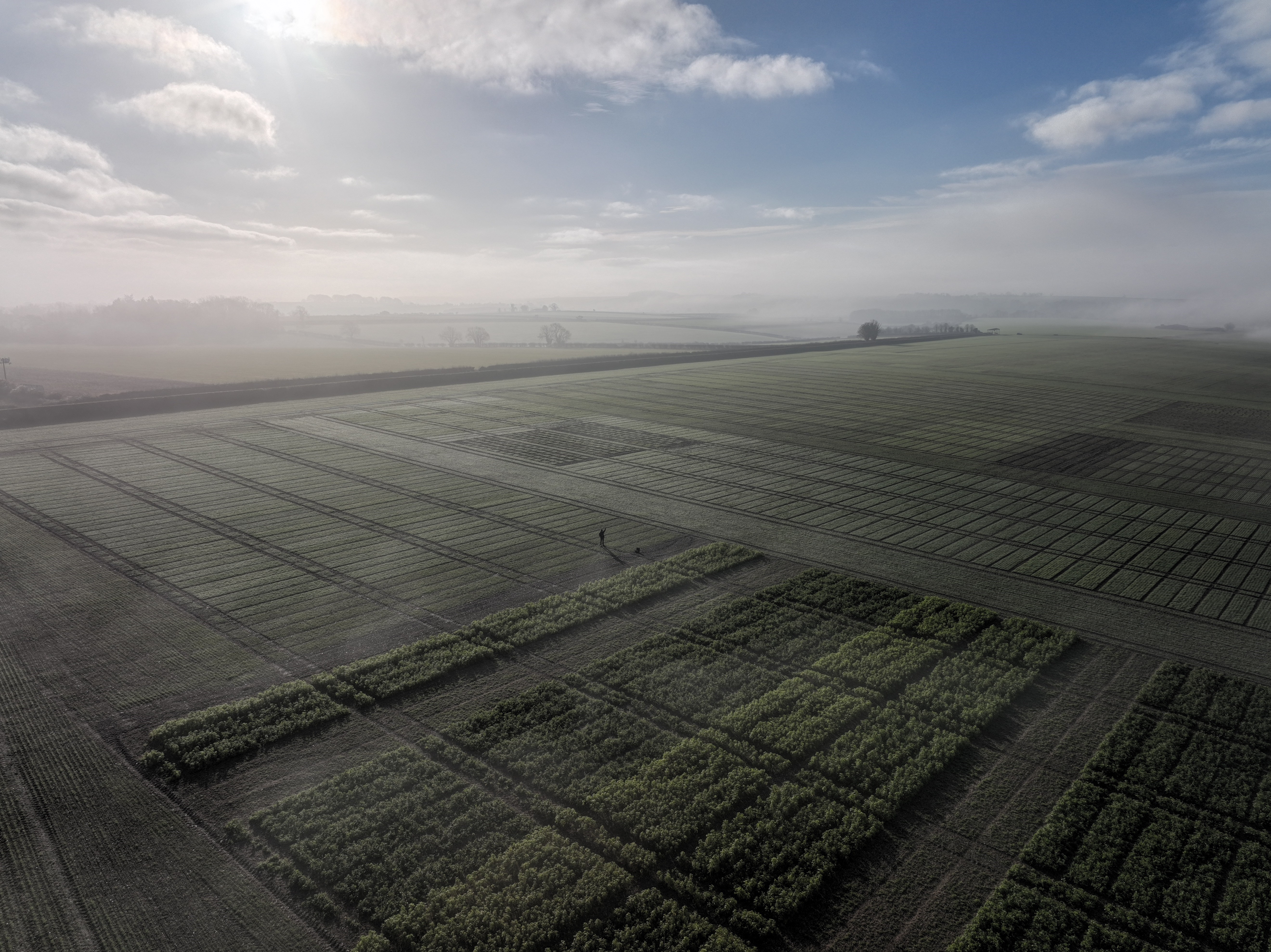 It was a good autumn drilling window in the south, so generally crops went into decent seedbeds and in good time. Most crops are looking promising – the later drilled wheat crops were at 2-4 leaf stage in mid-January with earlier drilled crops up to mid-tillering.

Winter barley is also looking good, although the usual suspects of some of the more disease susceptible malting varieties such as Maris Otter are showing disease, especially net blotch.

Oats have been a bit slower to get going with being later drilled – most crops were around 2-4 leaves in January.

Oilseed rape looks decent, especially where it went in early – that early August drilling slot seems to have worked well again. I haven’t heard anything bad about cabbage stem flea beetle this season, although that doesn’t mean there haven’t been problems.

1. Continue to monitor for aphids

It has been a reasonably mild autumn and winter, at least up until mid-January, and the last assessment of aphids trapped at Starcross, Exeter showed that 30% were carrying barley yellow dwarf virus.

Ideally we want to avoid the use of insecticides as much as possible and especially prophylactically, so that means getting into crops and searching for aphids, even if it is on hands and knees to make sure thresholds are being exceeded.

Obviously if a cold snap arrives that should help deal with a fair number of the aphid population and reduce risk.

Most wheat seemed to receive either a pre-emergence or early post-emergence herbicide in the autumn, and the weed burden so far appears to be reasonably low.

Where fields were not treated, these will be prime candidates for an early spring Pacifica Plus (mesosulfuron + iodosulfuron + amidosulfuron) as this will deal with grass weeds whether you’re facing bromes, ryegrass or black-grass, while the amidosulfuron element deals with broadleaf weeds such as charlock and cleavers.

Monolith (mesosulfuron + propoxycarbazone) is our brome specialist product, if you know it fits your weed spectrum and you’re not going to need another sulfonylurea-based product in the programme and it fits the rotation with some following crop restrictions.

Where these more difficult grass weeds are not present, Othello (mesosulfuron + iodosulfuron + diflufenican) with its diflufenican can widen the broadleaf weed spectrum and help against annual meadow grass too.

While a weather window for applying these products doesn’t always present itself during February – you need active growth and to be able to apply to a dry or drying leaf – if you can get them applied it eases workload for later in the season and will avoid bigger tank mixes.

Currently it is a low disease pressure year for light leaf spot – only about 30% of a small number of samples through our SpotCheck service in the southwest had confirmed light leaf spot pre-Christmas.

But February is when we would expect levels to potentially increase so it a good time to make use of the free service to check for latent infections, and make a judgment on whether to spray with Proline (prothioconazole) or Aviator (bixafen + prothioconazole).

With the current high prices for oilseed rape it is worth investing in protecting crops. Crops that weren’t treated in the autumn, especially if they have weaker resistance genetics, will need prioritising. Those that were treated will have bought some time, although they were still need monitoring as the autumn spray runs out of efficacy.

While supply of glyphosate remains challenging, our research into alternative adjuvants and other additives suggests there is no substitute for using the correct dose of the glyphosate active ingredient for the target weed. Reducing the rates impairs performance and opens the possibility of regrowth and higher risk of selecting for resistance in the field.

The rates you have used historically are likely to be the rates you need now, and unfortunately if you haven’t enough in stock then it comes down to prioritising the most in need fields, and using cultivations or other destruction techniques such as rolling on the frost as an alternative.

While some cover crops will have been terminated already, especially ahead of spring cereals, for those that are left rates should range from 720g a.i./ha for simple mixes such as cereals and / or mustard, rising to 1080g a.i./ha for some legumes and phacelia mixes, and 1440g a.i./ha for vetches and high biomass radishes.

Trials locally have shown the importance of around a four week gap between termination and spring cereal establishment, with a 1t/ha yield advantage for early termination compared with just one week in advance of drilling of spring barley, as there has been time for the soil to settle and you’re not taking moisture away from the newly sown seed.

If you’re going to drill directly into overwintered stubbles then ideally these should be sprayed off 2-4 weeks in advance of drilling, although there is more flexibility with timing if you’re planning any cultivations pre-drilling.

For small easy to control volunteer weeds rates the minimum rate should be 540-720g a.i./ha. If you have more difficult perennials such as docks and thistles to control, as we get in the south west with grass rotations, that’s when you need to up the rate to take account of the most challenging perennial weeds being targeted.

5. Consider signing up to Climate FieldView

Our digital platform, Climate FieldView, helps take data from the farm, such as yield data, satellite imagery and spray records and start to put it to good use to help with decision-making.

It’s not just for big estates, but also useful for smaller farms and contractors – it helps push data out and make it work for you. For example, it’s easy now with the integration with Gatekeeper to import field boundaries, as well as plan workloads and manage the business more efficiently.