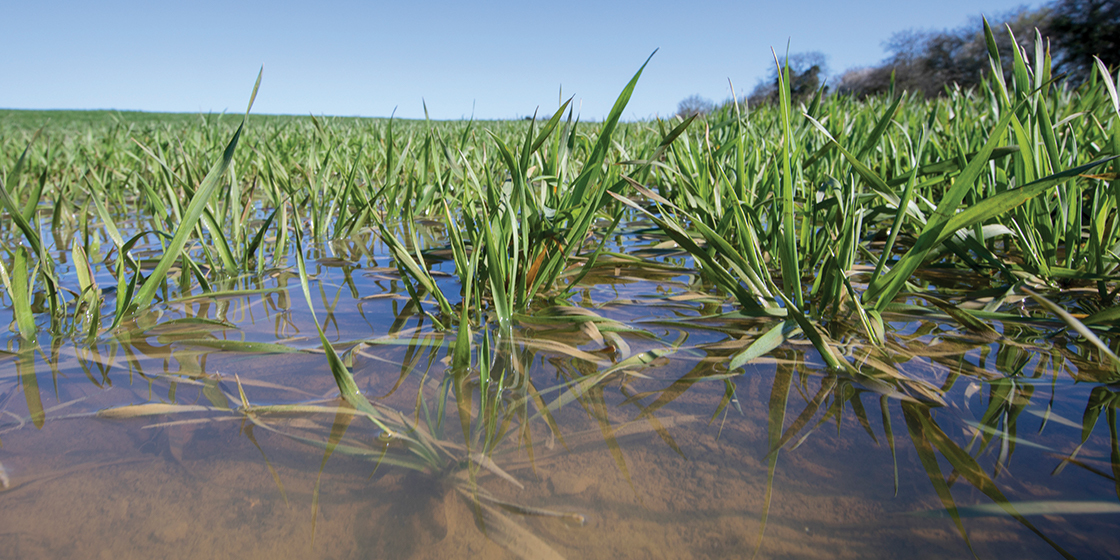 After a dry start to the 2019-20 season, rain arrived in October and continued into one of the UK’s wettest winters on record, with an average total rainfall of 470 mm recorded between December to February – 143% of the 1981-2010 average. 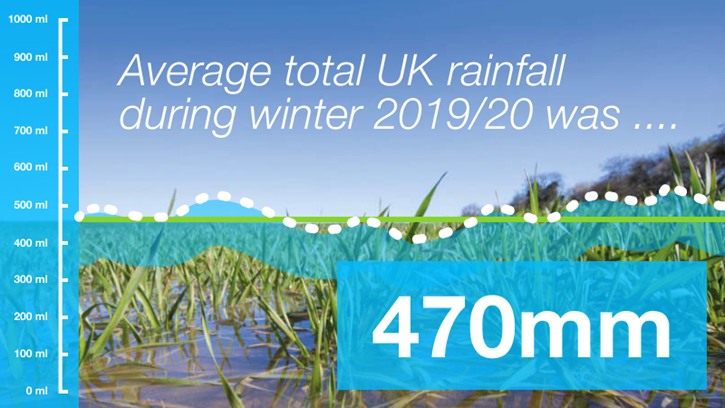 February was the wettest ever, and the fifth-wettest month since records began in 1862, with a huge 209.1 mm average total. Cropping plans were thrown into disarray and many farms had drilled just 40-50% of their winter cereal area by the end of November.

Where growers forced winter wheat into soils structurally weakened by rain, the effect of compaction has been visible throughout 2020, with missing headlands and patchy fields commonplace.

In many late-drilled wheat crops, pre-emergence herbicides were left in the spray store, compromising black-grass control.

What can be done to repair soil damage?

There are 5 key areas to consider in the short-term. It’s important to:

2. Ensure sub-soiling is well-timed and effective

Below, we cover these in more detail

Compaction or drainage issues will have shown themselves in poorly performing areas in autumn and spring crops.

Yield maps can help identify areas of concern, which growers should visit with a spade to inspect the soil profile.

Look for compacted, anaerobic layers and use previous crop roots to assess soil structure. If roots are easily found at 1m, the soil is in good order. Any less may indicate compaction. Ideally, this should be done in a growing crop in April or May when soils are moist, but it is possible to identify problems soon after harvest on most soils, although can be more difficult on heavier soils that have baked hard.

Where compaction is identified, remedial cultivations such as subsoiling can be targeted where, and at the depth, required. It may allow just 5-20% of the field to be worked, rather than a blanket approach. Study drainage plans and familiarise yourself with ditches and drain outlets, checking them for debris that might restrict water flow.

Where drainage plans are absent, the contractor that originally installed the system often keeps copies of completion plans and should be able to provide a duplicate free of charge. Failing that, Google Earth satellite images often show the unnaturally straight lines of drainage systems to help identify pipes and outlets for inspection.

Where mole drains are installed in heavier soils, check they are working effectively. This can be done by waiting for a rainstorm. Drains should start flowing quickly, and the flow decline quickly if functioning well. If water is slow to reach outfalls and dribbles on for a long time, it is time to replenish the mole drains. This should eliminate the need for subsoiling, as the operation will provide some cracking of compaction between mole and soil surface.

In future, drone imagery or satellite imagery available through precision farming platforms such as the Climate FieldView app or Contour might help show issues as crops develop.

2. Ensure sub-soiling is well-timed and effective

Lighter silty or sandy soils benefit most from subsoiling. Compaction on heavier soil is often busted by natural shrinking and cracking, but where this doesn’t occur, subsoiling may help.

It is best done in early autumn before soils become plastic, and the machine depth should be set just below the pan identified in previous field inspections. Going unnecessarily deep can smear the soil and effectively create a mole channel, instead of the soil shatter required to break a compacted layer, so must be done right.

Additionally, if the machine is set at 45cm (18 inches) when only 40cm (16 inches) is required, draft force would be increased by 25%, slowing the operation, wasting diesel and man hours. The tractor should work within its limits – rather than struggling to pull five legs, can you work with three? This increases work rate and reduces wheel slip, which damages the soil surface.

Once subsoiling is complete, try to keep off ground until it has settled and consider using an over-winter cover crop to aid restructuring.

Where a crop has to be sown soon after subsoiling, pay particular attention to vehicle weight and tyre pressures to avoid compacting soil again.

Minimising and controlling traffic will also help. A “conventional” cultivation and establishment system, where implement widths aren’t matched, puts wheelings on 80% of the land.

Mole drainage – where a mole plough forms channels in the subsoil about 2-3m apart – is a very effective way of improving field drainage on heavier soils, if done correctly.

Mole ploughing should be done when subsoil is plastic, and the topsoil relatively dry. Dry topsoil aids cracking at 45-degrees to the mole channel, which helps divert water into the void.

The operation is ideally carried out in spring when soils are starting a drying cycle, as the formed mole channel bakes solid during a dry summer. This makes it structurally sound and longer lasting.

However, unless carried out on fallow or cover cropped land, spring mole ploughing can damage a growing cash crop, so many choose to do it in autumn if conditions are appropriate.

Use a spade to dig down and check the mole is producing a well-defined channel, with plenty of fissuring up to the surface.

Working depth should be driven by the depth of any existing drainage and its backfill. A typical mole depth is 50-60 cm.

Most drainage repairs and maintenance are better carried out when there is water around, typically from autumn to spring.

For ditching, consider using a larger 360-excavator with better operator visibility. This will ensure the optimum amount of material is cleaned from the ditch and sides are smooth.

Let water guide the process, ensuring it is running in the right direction with each bucketful. Don’t take too much – only fine sediment and debris needs to be removed, down to the level of the original ditch.

Also, think about wildlife. Can you clean one ditch bank and leave the other until the next round of maintenance?

Where problems with a field drainage system are identified, a jetter can be brought in to clean existing pipes. This is mostly required on lighter soils with some sand content.

On heavier soils, fine clay and silt particles tend to wash through naturally, so if there are blockages, it tends to indicate a collapsed tile or pipe that needs repairing.

Although it is relatively easy to put new pipe in the ground, it is also easy to make the drainage worse if levels aren’t accurate. Seek professional advice if repairs are required to ensure it is in the right place and installed correctly.

Use a permeable backfill when installing new pipes on heavy ground. On lighter ground it may be possible to get away without using any stone shingle. In trouble wet spots – often low-lying land near gateways or field corners – strategic targeting of drainage pipes to take water away can have a big impact on surrounding land, without huge cost.

Where land remains in poor condition this autumn and conditions, or the farm’s system (no-till), don’t suit remedial work with steel, consider using a compaction-busting cover crop to set the land up for a good spring crop.

Linseed, tillage radish, fodder radish, rye and vetch are all aggressive rooters that can help restructure soil, while mustard produces lots of biomass and is a good water pump for drying soils.

There are 4 key areas to think about longer-term to help prepare your soil for more extreme weather in the future.

Organic matter significantly improves soil structure, ability to cope with excess water, and moisture retention. This increases the window for working wetter soils without damage and improves the chances of getting winter crops drilled in a difficult autumn, without creating structural problems. It also sustains biology, such as earthworms, that are important for healthy soil. 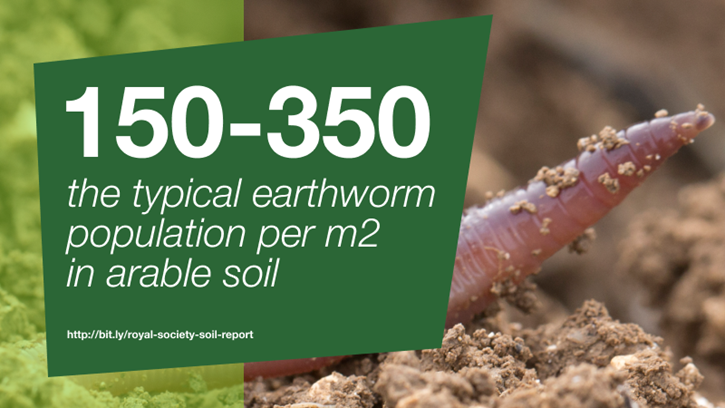 Overworked soils, or where cultivations were too deep, tended to fare worst last season. Long-term no-till converts report soils were more resilient to the wet winter and moisture was retained when it turned dry in March and April, giving spring crops a better start.

With many farms drilling later to improve black-grass control, autumn drilling windows are smaller. This leads to seed being forced into marginal conditions. Consider increasing drilling capacity to cover acreage quickly with less damage to soil health, while leaving time to apply a pre-emergence herbicide.

While some of the oldest drainage systems still function efficiently and can be maintained in good working order, many are at or reaching the end of their working life. Although a significant cost at £2,500/ ha, new drainage can help soils deal with excess rainfall and lift crop yields by 20-40% where existing systems are poor.

Thanks to the following experts for providing information for this article:

How to assess soil health for better productivity

Assessing or measuring is a vital cog in the soil management wheel. Here, leading experts answer some key questions on how best to assess soils for improved crop performance.