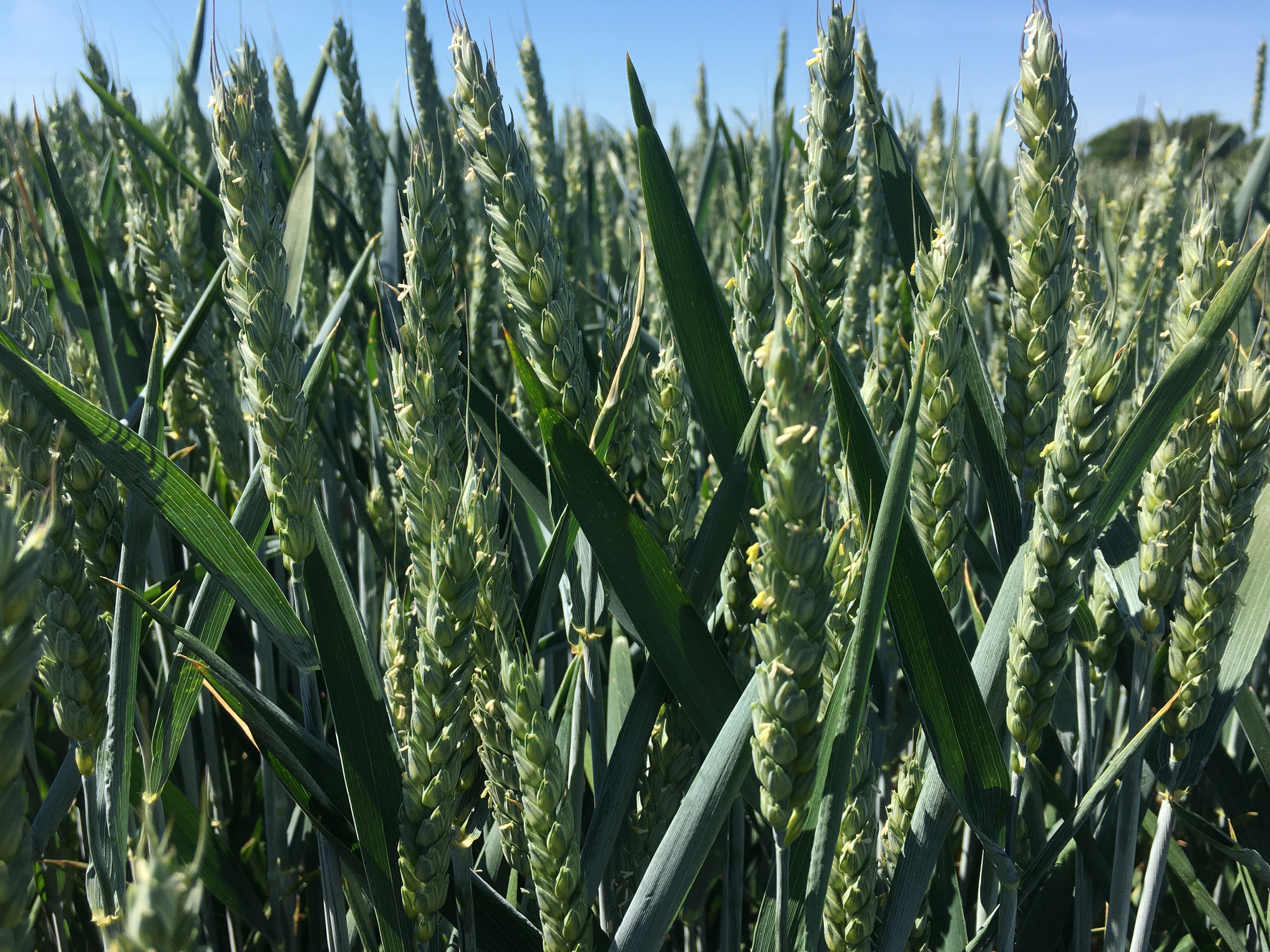 We’ve had very little rain in May, and some crops were showing signs of stress with flag leaf curling in midday sun and temperatures of 27C in late May. Currently, there are very low levels of Septoria at the base of crops, but yellow rust is still an issue in places.

As I write on 1 June I don’t think the potential has been lost yet from most of these wheat crops, but we do need rain soon. Last year we had over 100mm of rain in June, which meant Septoria came in late, but also contributed to the higher yields some growers achieved in this area.

1. Decide how much to invest in ear sprays

The key question for growers is whether or how much to invest in ear spray applications. In this area, some February-drilled might not get a T3, for example, as the potential will probably not justify it. Understandably as I write most growers and agronomists are looking to limit spend, but with a changing weather forecast any rain could change the requirements.

If rain does arrive, especially around flowering, then the key for combating any increased Fusarium risk is spray timing. Aim to apply as the anthers start showing in the middle of the ear. If you don’t think you will be able to spray at that timing because of the forecast, then it is better to be too early than too late.

Prothioconazole is the only active that controls both Fusarium and Microdochium on the ear, so in this situation Proline at 0.55 L/ha is a good choice. You could add tebuconazole to improve brown rust control if required.

Another option for brown rust is to use a strobilurin, if you haven’t already applied two previously in the season. As well as controlling brown rust it potentially will add leaf greening benefits, as would using a SDHI fungicide, again if two haven’t already been applied in the programme, but that does come with greater expense.

Most growers in the area are committed spring barley growers, but as with other areas, are even more heavily invested in the crop this year. Most are treating it the same as in previous years, so where the disease control programme was designed for two sprays, the second one, if not already on, should be applied in the first 10 days of June.

Unfortunately with the dry period, some crops are stressed, which could increase the risk of Ramularia infections. Without chlorothalonil, the two best products are either mefentrifluconazole or prothioconazole. The former can be expensive, so Siltra (prothioconazole + bixafen) or Fandango (prothioconazole + fluoxastrobin) are good options. There are also some reports of the multi-site folpet having some activity against the disease, but don’t expect the same level of control as from CTL.

If you’re planning to desiccate any oilseed rape crops with Roundup (glyphosate), then timing is crucial to avoid inadvertently limiting yield and oil content, or increasing the percentage of red seeds, which can lead to rejections.

But correct assessment of timing requires more than a casual look from the field gate. Instead, go to an area of the field which is representative, and from the middle of racemes sample 20 pods, and check to see if at least two-thirds of the seeds have turned brown in 75% of the pods sampled, which is the earliest correct stage for spraying. Ideally then repeat this in other areas of the field to make sure the whole field is ready – unlike most applications in this case it is better to be too late than too early.

Remember thicker stems take longer to dieback, there is a 14 day harvest interval and shouldn’t be used on any crops destined to be used for seed.