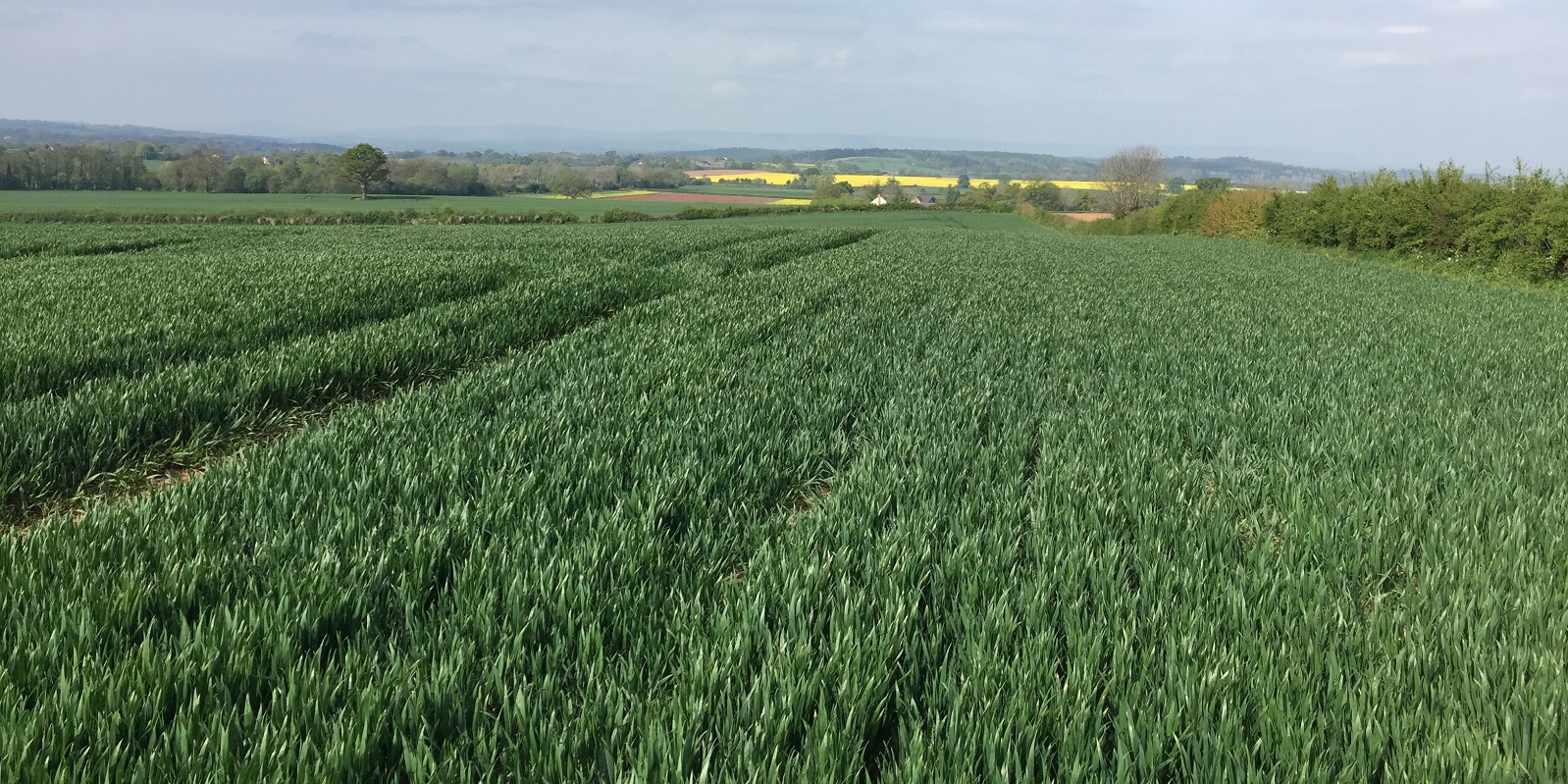 There will be local variations, but in the West growers have had about 50mm of rain in March and about 60mm in April, so things are set up well. There aren’t the same drought concerns as further East, barring some of the very lightest land that might have missed the rain. In these situations, spring crops such as barley may suffer.

Maize under plastic is all planted and attention is now switching to conventionally-drilled crops as soils reach the optimum temperature for good establishment. The last of the potato planting is ongoing.

Gareth’s agronomy tips for May

Where winter wheat crops were drilled slightly later, there will be some outstanding T1 applications to apply in the first week to ten days of May. For this minority of crops, it is still worth ten minutes of your time to get out in the field, dissect plants and check leaf emergence to ensure the T1 is targeted at final leaf 3.

It is important to make sure that the interval between T1 and T2 is a maximum of 3-4 weeks. If T1 sprays have gone on particularly early and if the interval looks like it will be longer, a T1.5 could be required before applying a T2 spray to a fully emerged flag leaf.

It is unlikely this will be necessary this year, but if a crop is going to be left exposed, a multisite such as chlorothalonil will offer Septoria protection to bridge the gap. If rust is a worry, add in a strobilurin.

There is a big interaction between variety resistance scores and drilling date, and the disease levels being seen in wheat crops. These factors should be considered when formulating T2 fungicide plans.

A robust, Septoria-focused programme will cover rusts, so that shouldn’t be a major concern in most varieties. Ascra (bixafen + fluopyram + prothioconazole) is the standout choice at T2 at rates of 1 L/ha up to 1.5 L/ha, depending on the Septoria pressure. Most will be applied at about 1.2 L/ha and Bayer is happy with the inclusion of a multisite such as chlorothalonil with Ascra. Aviator (bixafen + prothioconazole) at 1 L/ha to 1.25 L/ha is also a good option at T2.

4. Include a multisite in winter barley T2s for ramularia control

There is a slight change in how growers are managing winter barley crops, with some switching to a three-spray programme at GS30/31, GS37-39 with a growth regulator, and again as awns emerge. Some of the final yield in barley comes from the awns, so that last timing is important in maximising crop performance.

Siltra (bixafen + prothioconazole) as awns emerge will give good broad-spectrum disease control, but it is vital to add chlorothalonil to support the product against ramularia. Check labels for growth stage cut-offs, as not all chlorothalonil products are approved at this later timing.

First flowering sprays in oilseed rape crops should have been applied, as increasing soil temperatures and recent rain has increased sclerotinia risk. Where these first sprays are outstanding and growers are using a one-spray programme, apply 0.46 L/ha of Proline (prothioconazole) as soon as possible.

Remember that the first spray will give about 3 week’s protection, so a follow up might be required if flowering is prolonged or protracted. A further 0.32 L/ha of Proline will maintain protection until flowering is complete.