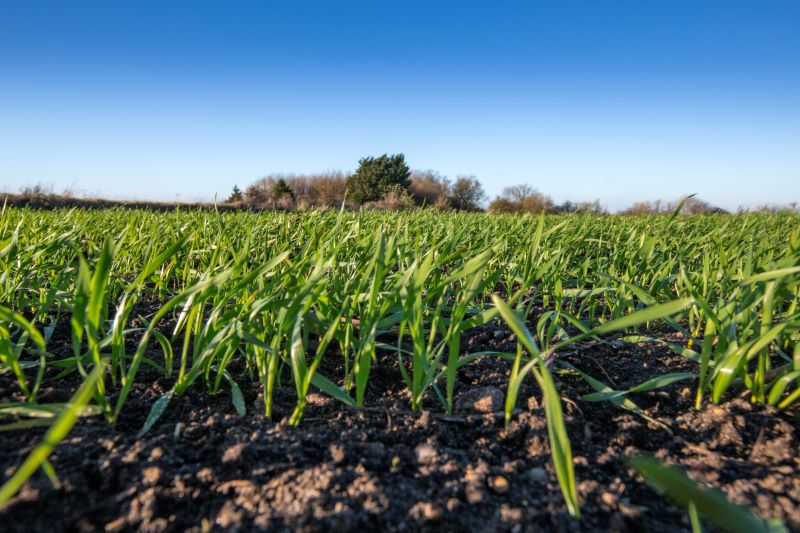 I bet you wish you had a pound for every time you’ve heard a manufacturer representative, agronomist or even me say “mode of action”.

It’s a term that’s used more and more, particularly when it comes to resistance management. But to explain why it is important, let’s start with the basics – what is a mode of action?

As you will all know, and I’m going to concentrate on herbicides but the same applies to all pesticides and indeed pharmaceutical drugs, a herbicide contains one or more active substances. For example, Liberator contains two: flufenacet and diflufenican. Simply put the mode of action is the molecular basis for how these actives kill or damage the plant.

We use the different processes or modes of action to classify them. For example, prosulfocarb, tri-allate and flufenacet all inhibit cells from making very long-chain fatty acids, disrupting cell division. They’re all in the Herbicide Resistance Action Committee (HRAC) Group 15.

In contrast diflufenican is in Group 12 as it inhibits an enzyme phytoene desaturase, which is important in photosynthesis.

So why is this important? Again, simply that using different methods of killing the target weed makes it less likely the weed will be able to overcome multiple methods of control and reduce the risk of it rapidly developing resistance.

Are all actives at risk of resistance?

In short, yes. The most serious resistance problems seen so far have been with post-emergence chemistry such as the fops and dims and ALS-inhibitors.

But worryingly where flufenacet has been overused, partly because of that lack of alternative effective options, we’re now finding sensitivity shifts in black-grass and resistance in Italian ryegrass.

Finding actives to control grass weeds in cereals is challenging because of the biological similarity between crop and weeds as they are both grasses.

What’s the difference between insensitivity and resistance?

Resistance is defined as when the label rate of the herbicide no longer provides effective control of the target weed. Insensitivity, or reduced sensitivity is where the label dose still kills the weed but not as easily as before, and usually not as consistently. It’s often a warning sign that resistance could be developing.

How to reduce risk of resistance building?

How much you need to diversify depends on level of risk. In low-risk situations, say a small wild oat population, diversifying over time by alternating actives each season is probably enough. In high-risk situations the programme in that season needs diversity.

Against black-grass and ryegrass there are currently five modes of action available at pre-em (HRAC Groups 3, 5, 12, 15 and 32). Add in cultural controls, glyphosate pre-drilling and a post-em product and it is possible to build a very diverse programme using widely available products and cultural controls.

How to fit in new modes of action?

New modes of action don’t appear very often, so when they do we must cherish them. Last year Bayer introduced aclonifen, which is new to cereals and unique as the only active in HRAC Group 32 (inhibition of solanesyl diphosphate synthase – another enzyme involved in photosynthesis).

I’ve heard positive feedback from growers from the first year of use, including good control of difficult ryegrass where flufenacet control has been on the wane. Now the question is how to maintain this level of control.

The best place to start is, yes, you’ve got it, by diversifying. Applying aclonifen with flufenacet and diflufenican (Liberator) gives three different modes of action, which is good for weed control and resistance management. Any follow up sprays should look to use different modes of action to diversify the programme further, and of course, don’t forget the cultural controls.