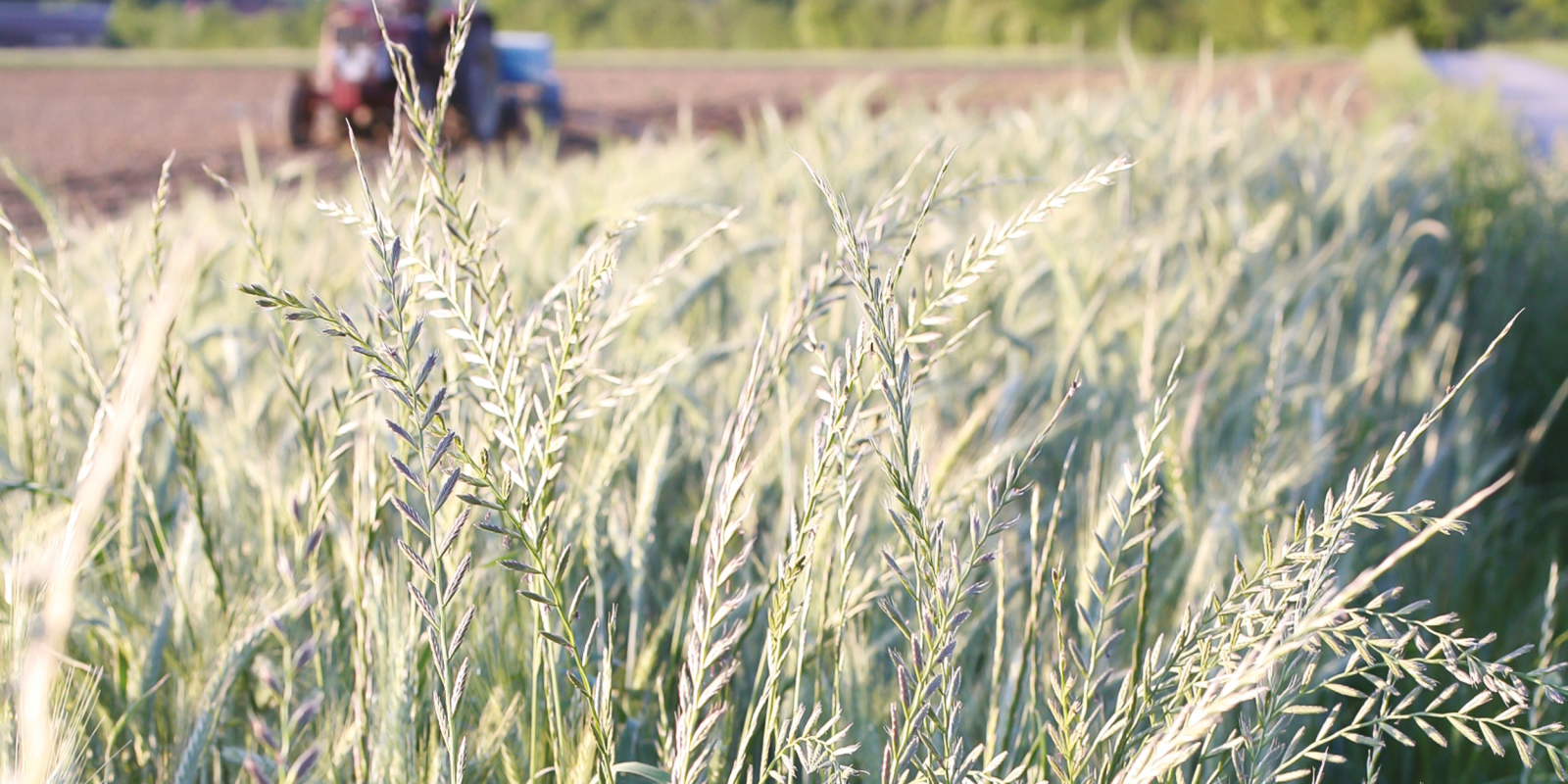 “Altogether, we received 197 samples, which was somewhat more than planned so processing the results and resistance testing took longer than expected,” says NIAB’s John Cussans who headed up the survey.

“Samples came from all over the country, but you can see from the map that there are distinct regional clusters, some were already well known such as Kent/Essex and South Yorkshire, but we can also see distinct areas in Dorset, The West Midlands and North Yorkshire / Durham.

“I think this reflects Italian ryegrass distribution and is not a quirk of how the survey was carried out. Many of the samples came individually from one farmer, not in batches from a company or agronomist.” 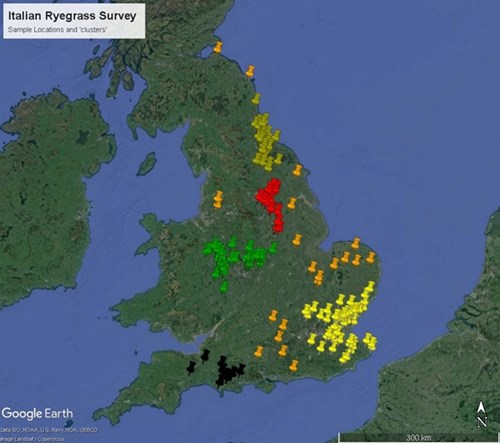 Each pin represents one sample, colour-coded to identify regional clusters of Italian Ryegrass

A danger on any farm

“Looking at the responses to the survey it appears to be a fairly ‘normal’ cross-section of arable farmers. This shows that ryegrass could feasibly become a problem in many more places. Most respondents are reducing cultivation intensity, growing more spring crops and have reduced oilseed rape area which are common trends at the moment.” 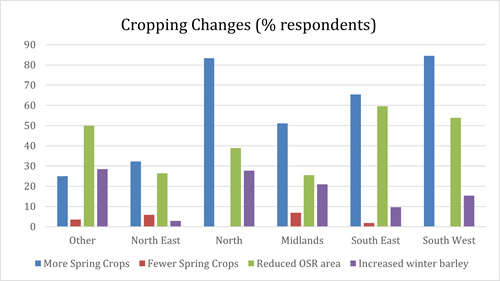 Unsurprisingly for farmers taking part in a survey of this kind, farmers are worried about resistance and over 90% think the ryegrass problem has got a bit or a lot worse in recent years. This backs up results from the Bayer Grass Weed Survey in 2016 and 2020.

Interestingly, according to the survey responses, Italian ryegrass problems aren’t linked with use of ryegrass cultivars in pastures and leys. This is sometimes thought to be a prime cause of the increased ryegrass problems many farms are seeing but it doesn’t seem to be the case.

Pre-em chemistry is an important part of weed control on many farms but, interestingly, in the survey year 18% of samples were from fields that didn’t get a pre-em. It is not clear to what extent this was planned or weather disrupting autumn applications.

The most common active used in autumn is flufenacet with 80% of all sample field treated with flufenacet as part of a mix or sequence. Given that 18% of fields weren’t treated at all, we can say that nearly every pre-em herbicide programme in the survey contained flufenacet. A testament to its value for pre-em weed control but also an alarm bell with regards to resistance management.

Autumn herbicide programmes typically contained two, three or four modes of action with three being the most common. As resistance is a concern in Italian ryegrass, three of four actives at the pre-em timing are a sensible resistance management step. Read more about the detailed resistance testing of the ryegrass survey here. 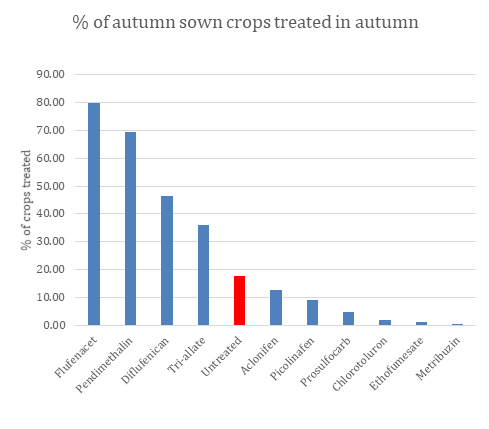