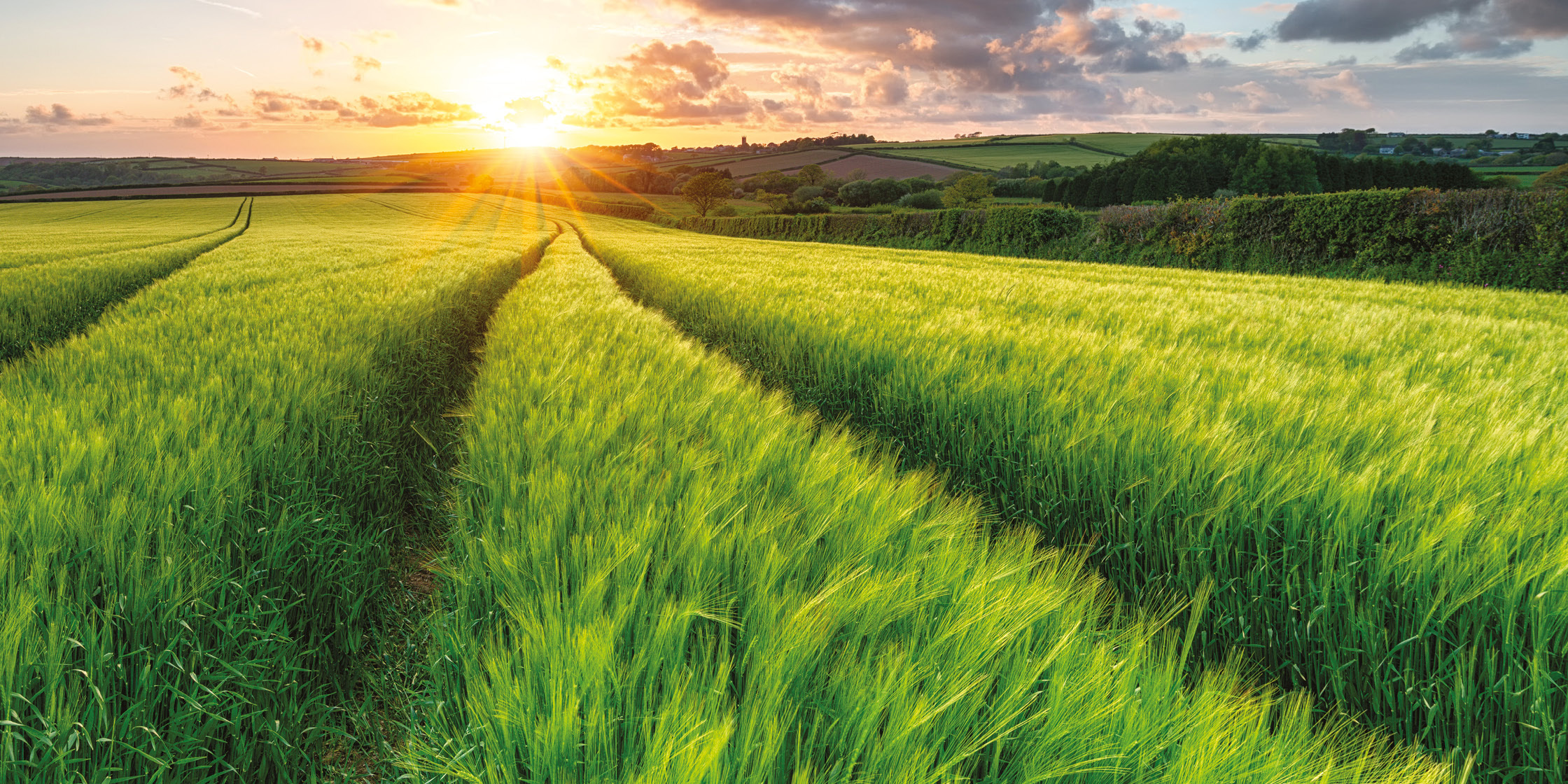 Approval of Ascra Xpro (bixafen, fluopyram + prothioconazole) for use in barley promises to take control of key diseases like Rhynchosporium and net blotch to the next level.

Prothioconazole has long been the backbone of barley fungicide programmes and in AHDB’s most recent fungicide efficacy testing, the active is still proving its worth.

When partnered with SDHI fungicide bixafen in products like Siltra Xpro, activity on these diseases was enhanced further, and the Siltra Xpro formulation became the go-to option in barley after its introduction in 2011.

However, SRUC’s cereal disease expert Fiona Burnett says there is a slow, ongoing erosion of azole and SDHI efficacy, particularly against net blotch, as resistance develops.

This has not resulted in a cliff edge loss of control in the field, but slightly higher doses of products like Siltra Xpro have been recommended by agronomists over recent seasons to achieve the same results.

The benefit of an alternative SDHI

“While there is resistance to SDHIs in barley diseases, putting the two together in an upgraded product helps win back some of what we’ve lost and is a pattern we have seen in other crops.

“As with any crop, it is good to have choice and a stronger product is certainly good for the market in 2022,” she adds.

In wheat, physiological benefits of Ascra beyond disease control are also evident, with chlorophyll content and increased photosynthesis contributing to improved yield response. 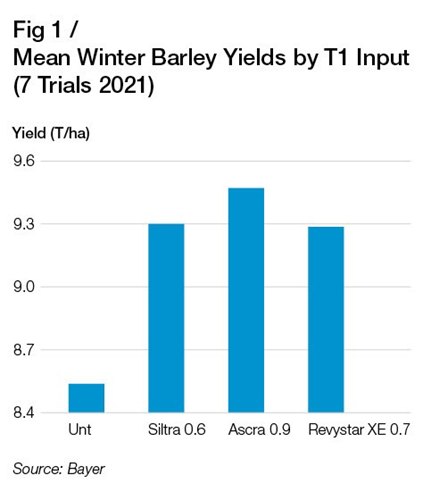 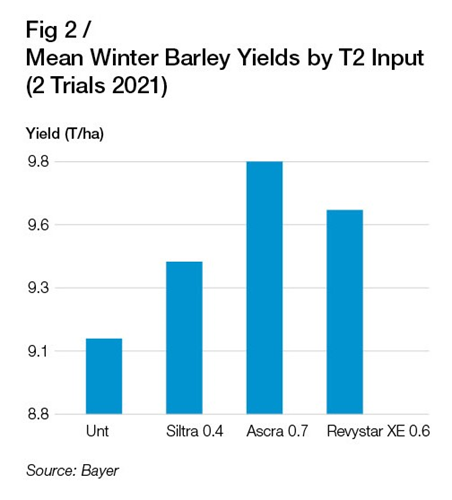 This has been observed in winter and spring barley in Bayer trials over recent seasons, particularly in the traditionally higher-yielding winter crop (see charts above - trials data is combined from independent and distributor trials in 2021).

“Siltra Xpro has been the benchmark, but Ascra takes barley disease control to the next level and those physiological benefits lead to improved tiller retention, which is an important component of barley yield,” says Miss Martin.

In winter barley, the biggest fungicide responses are at T1, when plants have been unprotected for a long time and, depending on winter weather, can be carrying high levels of foliar disease.

Prof Burnett sees Ascra’s best fit at this T1 timing, as the additional kickback provided by the two SDHI components can help wipe the slate clean.

“It will help fight winter disease and get crops off on a solid footing. The same arguments can be made for its use in spring barley too, depending on the season.”

Where disease comes in early, she says Ascra at T1 will cover the main targets of Rhynchosporium, net blotch and mildew.

“However, I would prefer people alternate so there is a mix of modes of action across the programme,” explains Prof Burnett. 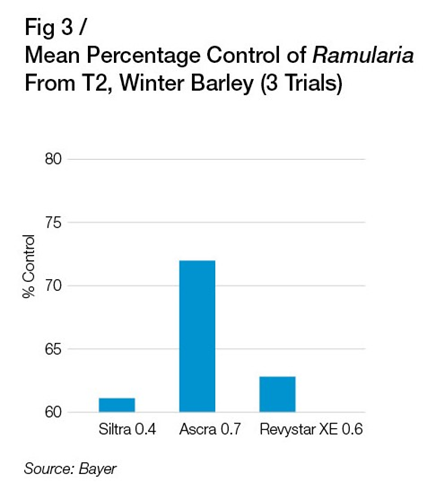 Azole fungicides have become less effective against Ramularia but retain some efficacy against the disease.

However, strobilurin resistance is now universal in the UK and declining SDHI efficacy is more pronounced than the slide seen in azoles.

This development of resistance to the main fungicide groups, plus the loss of multisite chlorothalonil – historically the most effective fungicide against the disease – triggered concerns about its control last season.

The prothioconazole element in Proline and Siltra Xpro can offer some effect on Ramularia, with multisite active folpet offering some protection.

Miss Martin says the addition of fluopyram in Ascra added more consistent control of Ramularia across Bayer’s trials network, with results most pronounced when used at T2. A similar pattern also emerged in spring barley.

“Along with its Leafshield formulation, which improves spray coverage, leaf penetration and is rainfast in minutes, these results make Ascra Xpro the best all round product in barley.

“Unlike Revystar XE, which can only be used up to GS 45 in malting crops, Ascra is also fully approved by the BBPA for use on malting barley up to GS 61, so offers a flexible option for use on all farms and all spray timings,” she explains.