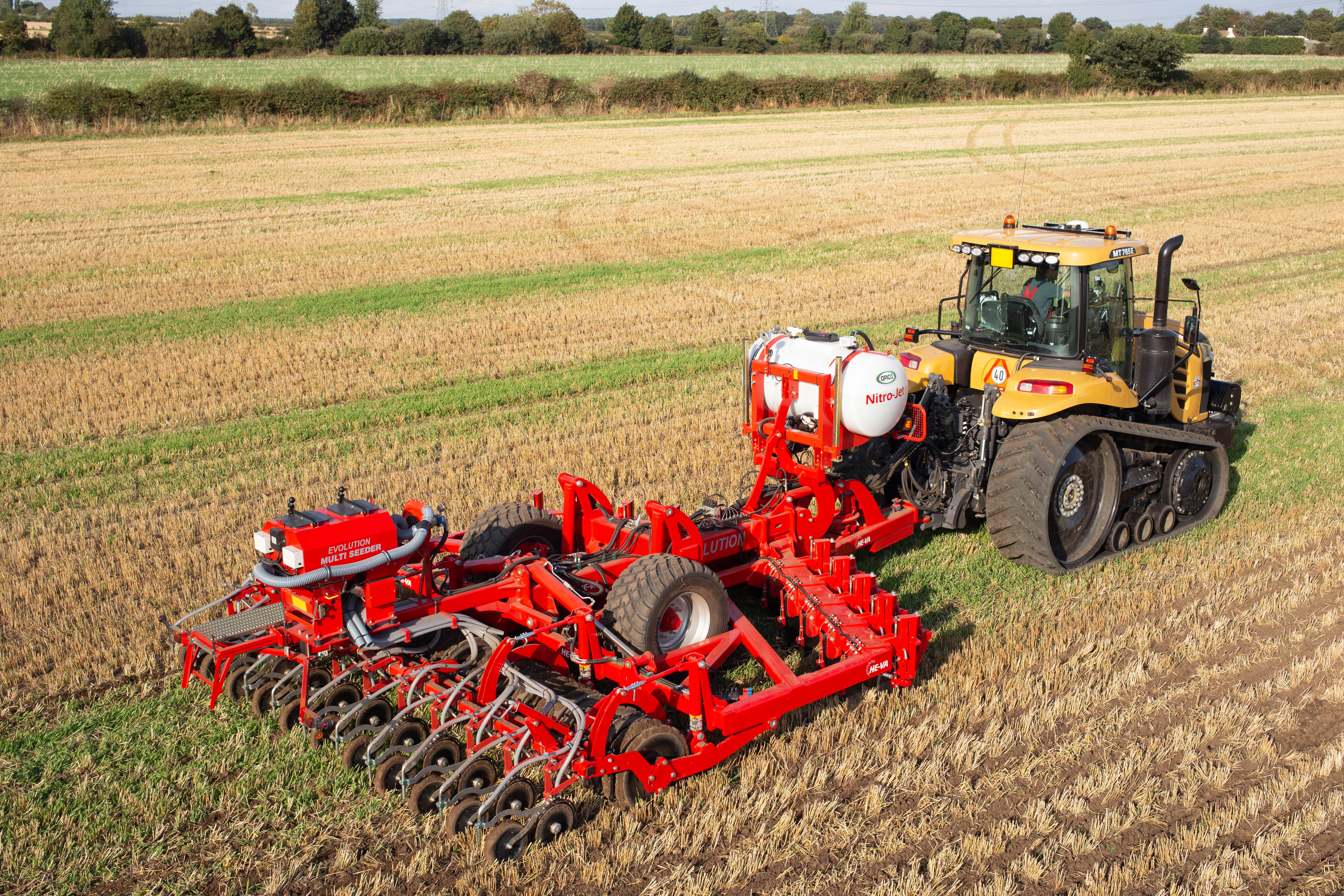 Harvest through much of August has been a bit slow with rain holding up progress. But with a better forecast in the week up to the August bank holiday, hopefully it will have been all systems go when you read this.

Average has been the most common word used to describe yields this season so far. A general lack of sun during grain fill seems to have held crops back, although some early oilseed rape crops have done over 4t/ha.

That might have driven the uptick in oilseed rape area that seems to be going in, although I think prices of over £500/t at some points in the past few months probably have more to do with it.

1. Look for moisture when drilling oilseed rape in September

Oilseed rape establishment now seems to be either very early – even in July, which is a bit too early for my way of thinking – or after the August bank holiday. The crops that were drilled in the first week of August last season seem have done better last year, but I think there will be a bit planted up until the end of the first week of September in the north.

For September drilling dates the concern is lower soil temperatures, fewer sunshine hours and lack of moisture can all mean it can be slow to get out of the ground. At the moment, fortunately moisture doesn’t look like too much of a concern, although that can change quickly.

So, if you are planning to drill this month, prepare land properly to retain moisture, use the right seed rate and consider varieties which are fast-germinating and able to put biomass on in the autumn to outgrow any pest damage. Hybrid varieties come into their own even more at this drilling date.

Varieties, such as DK Exstar and DK Extremus are quick to grow in the autumn, have excellent agronomics with good disease resistance to Phoma and light leaf spot, high yield and pod shatter resistance. They also are quick to grow away in the spring, which can be important to avoid pigeon damage.

Both DK Exstar and DK Extremus, along with DK Imprint CL and DK Excited are included in the Dekalb Establishment Scheme, where as long as crops are drilled by 20 September, registered via your seed supplier by the end of the month, are eligible for a £100/bag credit if blocks of 6ha or more fail to establish by the end of October.

2. Use gap between harvest and drilling to start weed control programmes

The gap between harvest and drilling cereal crops is the best opportunity to get on top of troublesome grass weeds, and start with clean fields.

Depending on your area black-grass or ryegrass can be problematic, while bromes are becoming an increasing problem. Understanding what your main target it is important, as it can change stubble management.

Black-grass, ryegrass and sterile and great brome all respond to shallow cultivation, or even a straw rake post-harvest to cover seeds and encourage germination. But rye, meadow and soft bromes need to be left on the surface for around a month as they require light to ripen and break dormancy.

Ideally grass weeds should be around 2-3 true leaves (GS12-13) when sprayed off with Roundup (glyphosate). The rate will depend on both growth stage and what weeds are present, but for annual grass weeds at this stage around 540-720 g/ha is usually required.

Concentrate on good application techniques – don’t go too fast, use the right nozzle, water volume and boom height – this is most effective time to control grass weeds so don’t waste it.

While there are no known resistance issues with glyphosate in the UK, the risk is real, so follow the latest guidance to reduce the chances of it developing: no more than two applications to stubbles, and destroy any surviving weeds between applications with cultivation.

3. Consider the balance between agronomy and yield when deciding drilling date

With the memory of 2019 autumn still relatively fresh, and 2020 autumn also not being as open as we might have liked, it’s understandable that some growers are now starting to drill earlier again.

Earlier drilling will increase the threat from grass weeds, disease and to some extent barley yellow dwarf virus, and therefore does increase input costs.

While to some extent some of these higher pre-emergence herbicide and fungicide costs can be mitigated from higher yields from earlier drilling, it’s worth considering the balance between agronomy threats and higher yields and the longer-term picture.

But by the same token, later drilling brings the likelihood of lower yields and the risk of not being able to get all your area drilled before weather closes in. There’s a balance to be had.

If you do drill in September, it makes sense to prioritise the lower grassweed risk fields and think carefully about more disease-resistant cereal varieties. It also is important to be able to spray the pre-emergence herbicides as soon after drilling as possible, preferably within 48 hours.

Aclonifen works through creating a film across the soil surface which is then mostly taken up by the shoots growing through it, whereas flufenacet moves down the soil profile and is mostly root uptake. The benefit of the different actives helps cope with different environmental conditions.

In trials, we’ve seen around 10% improvement in black-grass control from Proclus + Liberator compared with Liberator alone. It’s also very strong against ryegrass, with in one trial a 37% improvement, although we wouldn’t expect that level of difference usually.

All the usual good practice application tips apply too. Drill seed to a depth of 32mm in a uniform, fine, firm seedbed for best efficacy, and spray with a medium quality spray in 200 L/ha water.