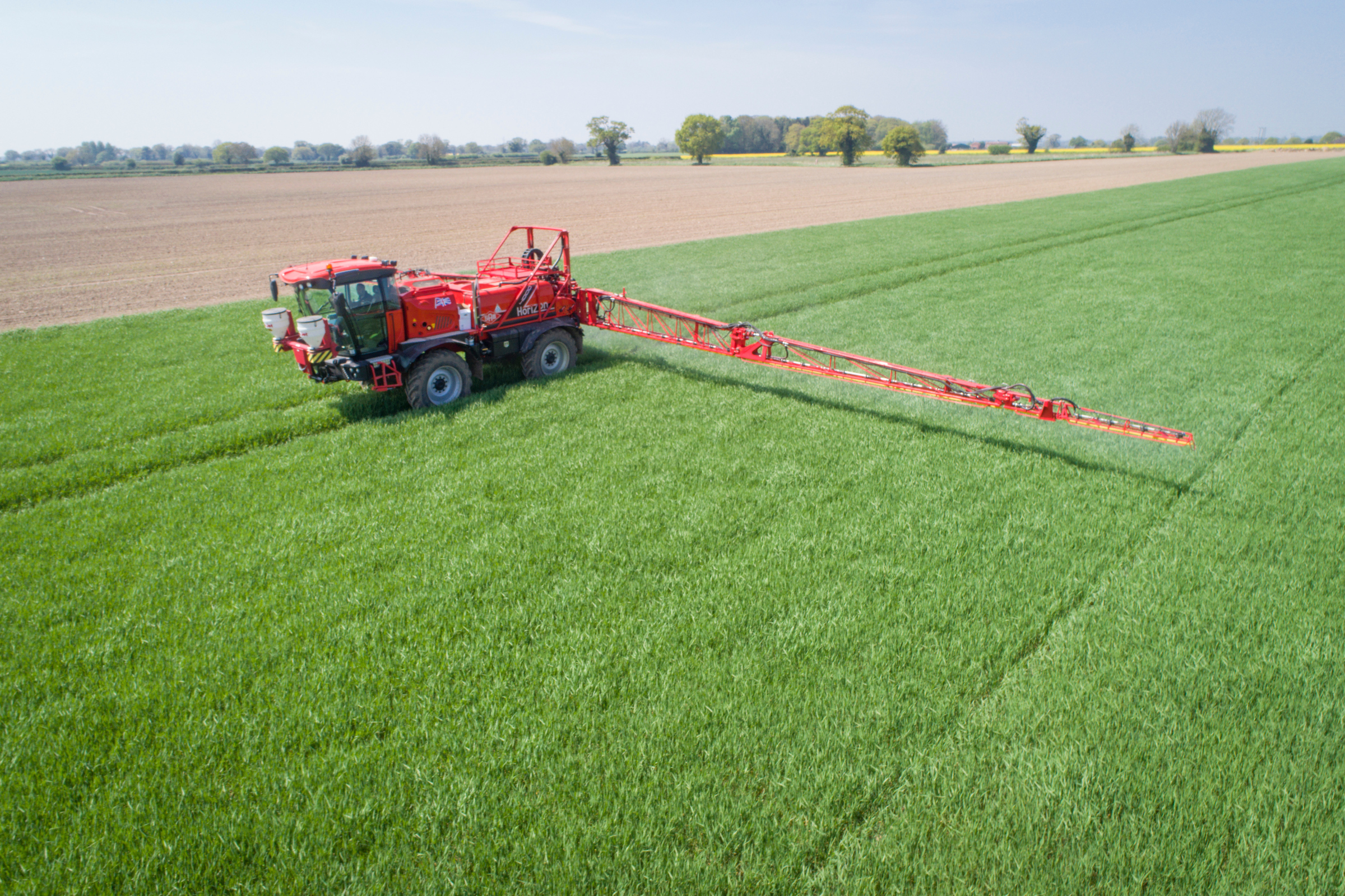 Crops that went into good seedbeds with decent nutrition are looking quite well as we approach the last 10 days of April.

With dry weather for most of April wheat crops were pretty clean for disease, so growers have been able to consider reducing doses depending on variety and actual disease pressure. Further west there is more Septoria on lower leaves, so if we do get rain that will need watching.

Winter barley is a bit of a mixed bag – some is in good fettle; others didn’t get through the winter very well. Earlier drilled spring barley is up, with roots into moisture so is looking good.

Matt’s agronomy tips for May

Writing this a month away from when likely T2 sprays will be applied means it is impossible to second guess what the weather is going to do.

At the moment it is very dry, and if that continues the pattern we’ve had in recent years of dry April and May, and then wet June, which allows Septoria in, we don’t want to reduce rates to such a degree that the chemistry runs out of protective power before we get that flag leaf finished doing what it needs to do.

Green leaf area in June is crucial to maximising grain fill. If you decide to cut back rates because it doesn’t seem the investment will justify the return, there is a risk of a disease outbreak and prematurely losing green leaf area.

In that situation, it’s about maximising the level of protection you have for when the weather does change. That might mean delaying the flag leaf spray a little, especially if T1s were also delayed as some are suggesting they will do, to maximise the longevity of its protection and maintaining the dose to provide a robust level of protection might be the best option.

In dry periods there are benefits from using both SDHIs and strobilurins for their greening effects.

If rain does come the decisions probably get easier. In that case, where there is disease already in crops, which tends to be the case in earlier drilled, more susceptible varieties, rain will spread that up through the canopy.

In that scenario, a robust dose of around 1.2 L/ha of Ascra (fluopyram + bixafen + prothioconazole) will help achieve maximum protection.

One potential tool to help guide what situation you are facing in terms of disease is to use our rapid disease detection service. Around a week before your anticipated flag leaf timing sample the newest fully emerged leaf and send it in to be analysed for latent disease infection. It gives you a better insight of what rates you might need.

2. Build T2 sprays in winter barley around Siltra base

Disease levels are low but it’s about keeping it that way as long as possible, which will not only help maximise green leaf area and yield, but also reduce the threat from Ramularia, which is a stress-related disease.

Building T2 sprays around a prothioconazole-base, such as Siltra (bixafen + prothioconazole) is a good option. In areas in the west where we do have some difficult net blotch, then using 100g/ha of prothioconazole as a minimum would be best, so 0.5 L/ha of Siltra is recommended.

That rate is also a good option for Ramularia, where we also have insensitivity to SDHIs and also azoles, but the AHDB fungicide performance trials suggest at higher doses there is still some activity from azoles.

In spring barley T1s are likely to be combined with a herbicide, and again build around Siltra at similar or slightly lower doses. At T2 in both barley crops there could be a place for folpet for its activity against Ramularia.

A lot of maize will have been drilled towards the end of April as soil temperatures warmed up. It’s not very competitive in its early growth stages so weed control is important.

Maister (foramsulfuron + iodosulfuron + isoxadifen) is a really strong product on grassweeds, including some of the more difficult ones like black-grass, cockspur and couch grass. It’s also fairly strong on a range of broadleaved weeds. Use it at 150g/ha with the rapeseed oil Mero at 1% v/v at 2-6 true leaves of the crop.

4. Consider second spray if flowering is extended in oilseed rape

While most growers will likely do just one flowering spray on oilseed rape, if rain does come and flowering is extended, then there could be justification for a second.

With the high price of oilseed rape, the return on investment from using Aviator (bixafen + prothioconazole) should be there with an average yield response of 0.25 t/ha in our farmer trials. As well as Sclerotinia and light leaf spot control, there are also physiological effects with slightly longer flowering, which means you get more pollination and hopefully more pod set and higher yields.

With no Betanal maxxpro this season, Betanal Tandem (ethofumesate + phenmedipham) is the replacement for weed control in fodder beet. Fodder beet tends to be drilled in May so will likely be ready for first weed applications later in the month.

Betanal Tandem has a wide weed spectrum, and you can add mixture partners such as metamitron or triflusulfuron to add residual activity and widen weed spectrum.

Typically the first spray is at 1.0 L/ha with a fodder-beet approved methylated rapeseed oil, with further applications of 1.5 L/ha on minimum seven day intervals. Check maximum temperatures on the day of spraying to use the right dose of oil.

Visit the home of the West region advice & expertise Hosted by your local Bayer technical managers who are on hand to offer advice and expertise on crop growing strategies.