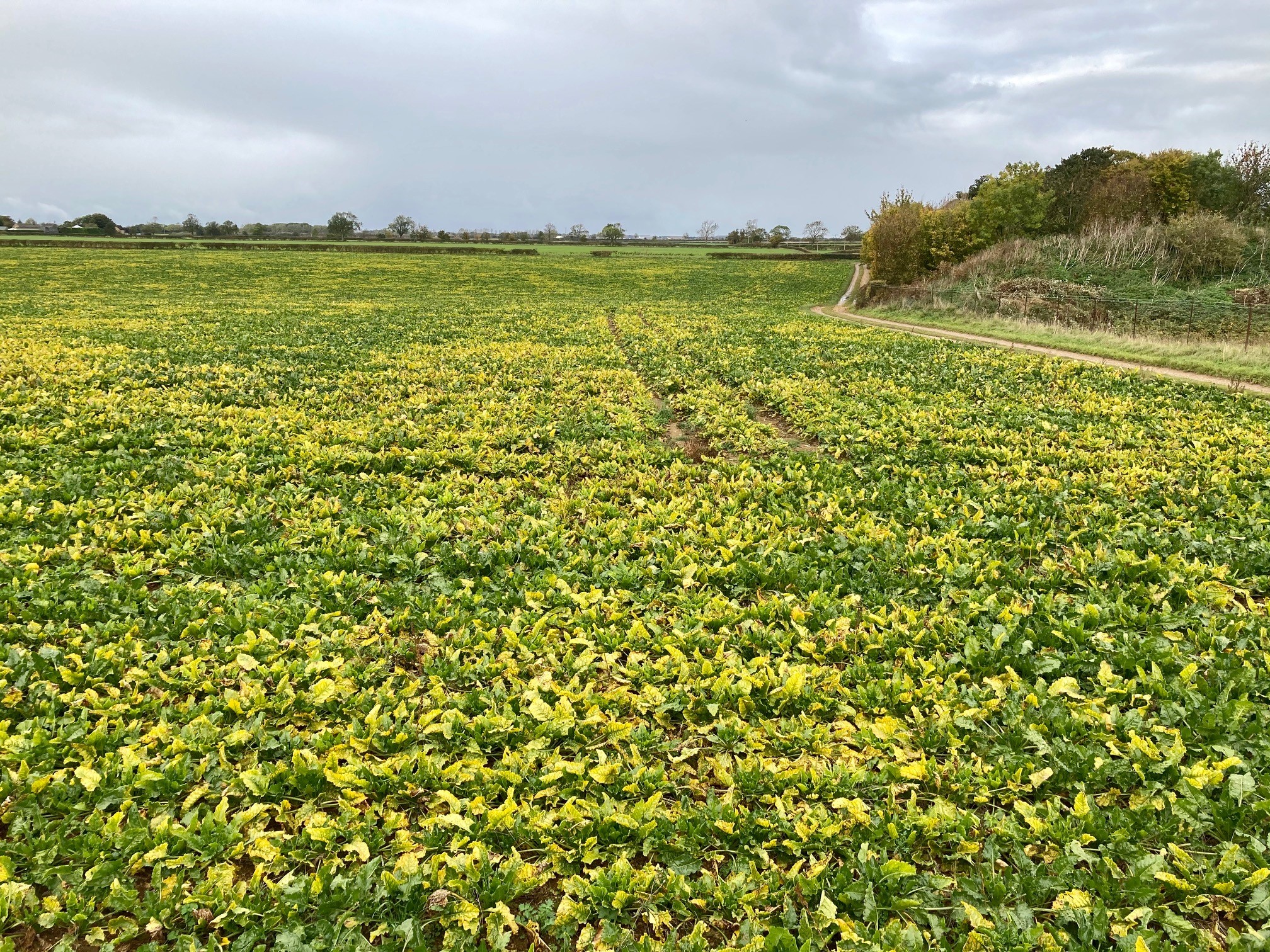 Not much OSR has been drilled in many parts of Lincolnshire as a consequence of last autumn’s wet weather. The abundance of spring barley and spring beans as a forced part of the rotation has meant that little land was cleared in time to drill winter OSR, even if the will was there to drill in the first place.

However, where OSR was drilled, and especially when drilled in early August, it seems to have established well and would appear to be coping with any cabbage stem flea beetle attacks. Whether this will transpire into lower levels of larvae present in the crops stems in the spring has yet to be seen, but so far so good.

Winter wheat is a mixed bag. Many growers have gone early, with the memory of last autumn clearly still fresh, so a lot of wheat has already been drilled, with some growers having as much as 80% drilled by the end of September. Others held their nerve for longer and planned to start in mid-October, particularly on land with black-grass issues.

While technically later drilling on land with grassweeds was the correct thing to do, drilling conditions in mid-September were near perfect and wheat, barley and rye crops have come up well.

Conditions where pre-emergence herbicides were applied were also good, and with rain arriving soon after drilling, crops should be competitive so all might not be lost in the grassweed battle.

However, in some cases it was difficult to get residual herbicides, such as Liberator (flufenacet + diflufenican) on at the true pre-emergence timing where the products perform best. Where this timing was missed, many will have been treated at peri-emergence, which is not ideal particularly in early drilled crops where the grassweed pressure will be higher.

With black-grass tending to emerge through to December and sometimes beyond, top up doses of residuals will be needed to control later germinating grass weeds. For both barley and wheat, the new options Octavian MET or Alternator MET, which are formulated with metribuzin + flufenacet + diflufenican, could be good options as they give a little bit of contact activity on both grass- and broad-leaved weeds along side residual activity. The maximum dose of both is 0.5 L/ha after the end of September, and they have a latest application date of 30 November.

2. Use pre-emergence herbicides to get on top of grassweeds in later drilled wheat

Hopefully we will get a period of settled weather during November to drill any remaining wheat crops. Experience has shown that these later drilled wheat crops generally have much lower levels of grassweeds and are easier to manage not just for weeds, but also disease and BYDV.

The key for grassweed control in these crops is a good pre-emergence herbicide. The damper and cooler conditions in late autumn help efficacy.

This year, Bayer has launched a new active, aclonifen, in a product called Proclus, which can only be used pre-emergence of winter wheat crops, preferably within 48 hours of drilling. Trials have shown that Proclus + Liberator give typically around 10-15% better black-grass control than with Liberator alone. It also gives benefits on other grass weeds such as ryegrass and bromes.

3. Don’t forget about monitoring for BYDV

Attention should also be focused on monitoring for barley yellow dwarf virus, especially for early drilled wheat and barley crops. Tools such as the Rothamsted Research’s Insect Survey and AHBD’s T-Sum calculator are useful to understand when to inspect crops to assess risk, and potentially apply insecticides if aphids are present.

Sugar beet crops in Lincolnshire are looking particularly poor in many places. Poor or late establishment from the dry, warm spring didn’t help, then obviously virus yellows infections were widespread. To top it off, a late infection of Cercospora has hit some crops (see point 5).

Without the neonicotinoid seed treatments, and extraordinary levels of aphids in spring, virus yellows was extremely difficult to stop, even with the emergency authorisations on foliar insecticides. Most crops in the region have assumed an overall yellow colour.

Yields from early lifted crops have been down by up to 40% and sugar content hovering around 15%. This is causing growers to rethink whether the crops is still viable to grow in future years.

One key activity you can do this autumn is follow the BBRO’s 5 basic guidelines to help reduce sources of aphids, virus and diseases such as Cercospora ahead of next year’s beet crops. Practicing good farm hygiene will be crucial. That means:

5. Plan a strategy for Cercospora in sugar beet

Many of the above points will also help with minimising Cercospora in beet crops. The disease has been favoured by the summer weather – it prefers daytime temperatures above 25C and humid conditions.

Unfortunately very few of the currently available fungicides are strong on Cercospora and this has shown where leaves are turning brown and wilting away. Recent cooler weather has slowed progression.

Things you can do to help control Cercospora: