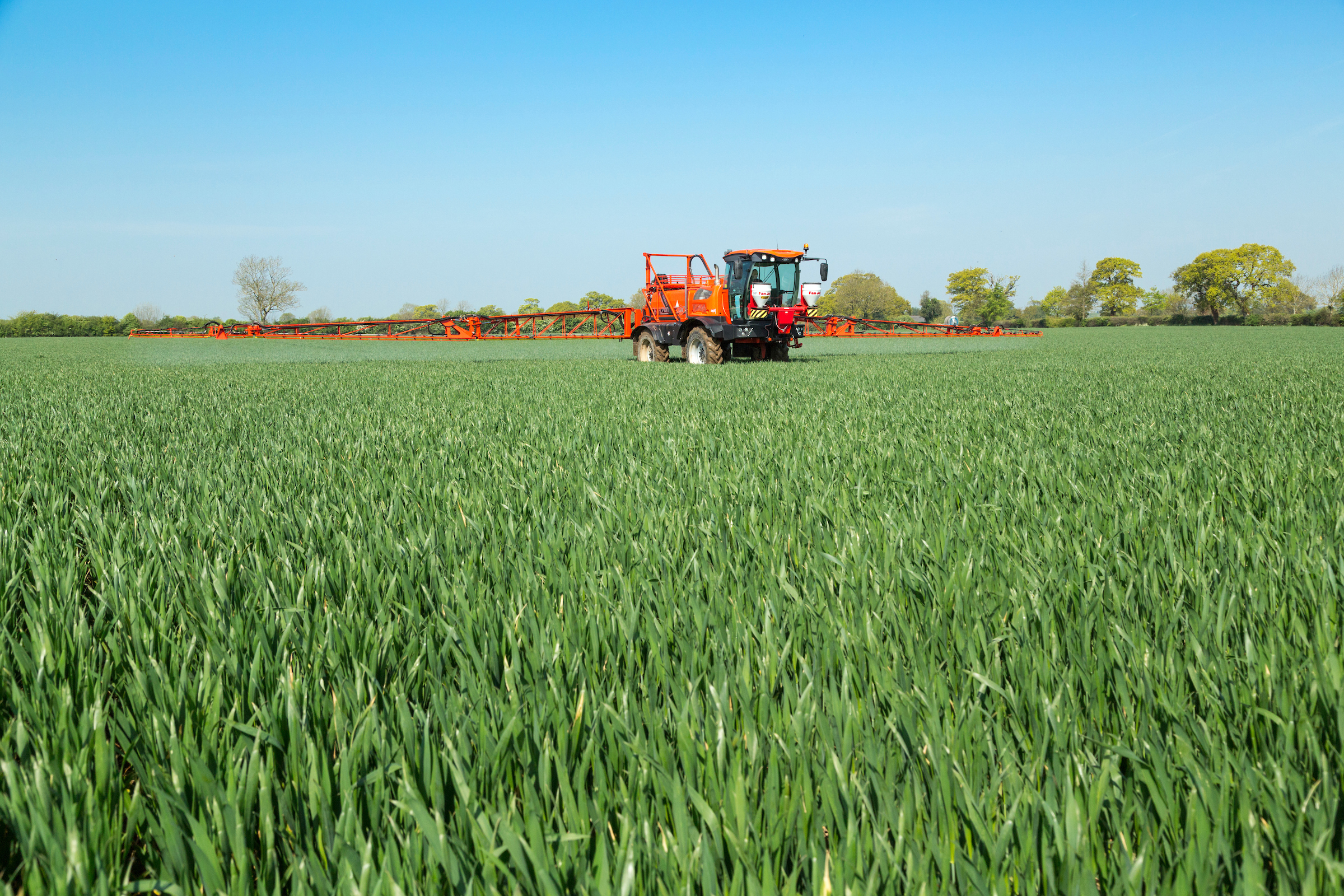 It has been exceptionally dry in Scotland. At the time of writing we did get 2-5mm in the last few days of April, and more is forecast, which was desperately needed.

Winter barley has its awns out but is very short in places – perhaps brought on by stress, while spring barley crops were needing a drink to get moving. With fertiliser now being taken up, there shouldn’t be any implications for malting barley crops with grain N levels. But we could still do with more water for crops.

The positive around the dry weather was that it has allowed most of the spring planting to be done – even potatoes the majority is complete.

Grant’s top tips for agronomy work in May

Oilseed rape has just started flowering here in central Scotland, and with the rain – as little as it was – it has triggered Sclerotinia warnings for East Fife / Dundee and Tay areas on the AHDB forecast.

It will be worth keeping an eye on both that and the weather forecast to assess whether to apply a spray. If you need to, Aviator (bixafen + prothioconazole) is a good option. Applications give about three weeks’ protection so if temperatures drop and flowering prolongs, then consider whether you needs a second spray if risk is still high.

Winter barley crops are reasonably free from disease at the moment, and T2s are being applied thankfully ahead of the 20 May cut-off for chlorothalonil last use, which means it is easier to protect them from Ramularia. Apply it with Siltra (bixafen + prothioconazole) to keep the crops disease-free and hopefully stress free to reduce risk from Ramularia.

In contrast in spring barley, T1s might well be after the CTL cut-off, let alone T2s. Siltra (0.4 L/ha) again will give all-round protection.

Wheat T1 sprays are being applied at the time of writing at the end of April, with flag leaf sprays likely to be around the third or fourth week of May depending on the weather.

Most wheat crops in this area were drilled at a normal time, unlike a lot of other areas, and where they haven’t been drowned out during winter, do have good potential. In that situation, an SDHI / azole such as Ascra (bixafen + fluopyram + prothioconazole) will be sensible at T2. In most cases 1.0-1.2 L/ha should be enough – disease pressure currently isn’t huge – and Ascra can also help crops through drought stress, if it does stay dry.

Without CTL at T2, there is a case for adding another a multi-site such as folpet or mancozeb, but the decision is complicated by whether you use a higher dose at a higher cost for maximum efficacy, which still probably isn’t what you would get from CTL, or dose down to the CTL cost.

One other warning: rooting is likely to be shallow, so if crops take up N now and shoot up, you should watch out for lodging, and consider growth regulation programmes.

The rain should encourage a flush of weeds appear, so if you’re mixing a contact with a pre-emergence residual herbicide then wait until the drills have greened up a little. But be aware that without diquat this season, contact herbicides will likely take a little longer to work and will need applying sooner than you’re used to.

The rain will also help the residuals work more effectively, but they need to be applied in good time before the crop is emerging. Some growers may choose to separate the residual and contact applications.

Assuming the soil type and variety are safe for metribuzin applications, Artist (flufenacet + metribuzin) is a good choice where annual meadow grass and other grassweeds threaten, while Emerger (aclonifen) is a good partner for general broadleaved control.

If you’re using Emerger make sure you keep the sprayer constantly agitating, and don’t leave it overnight in the tank, to avoid any application problems.