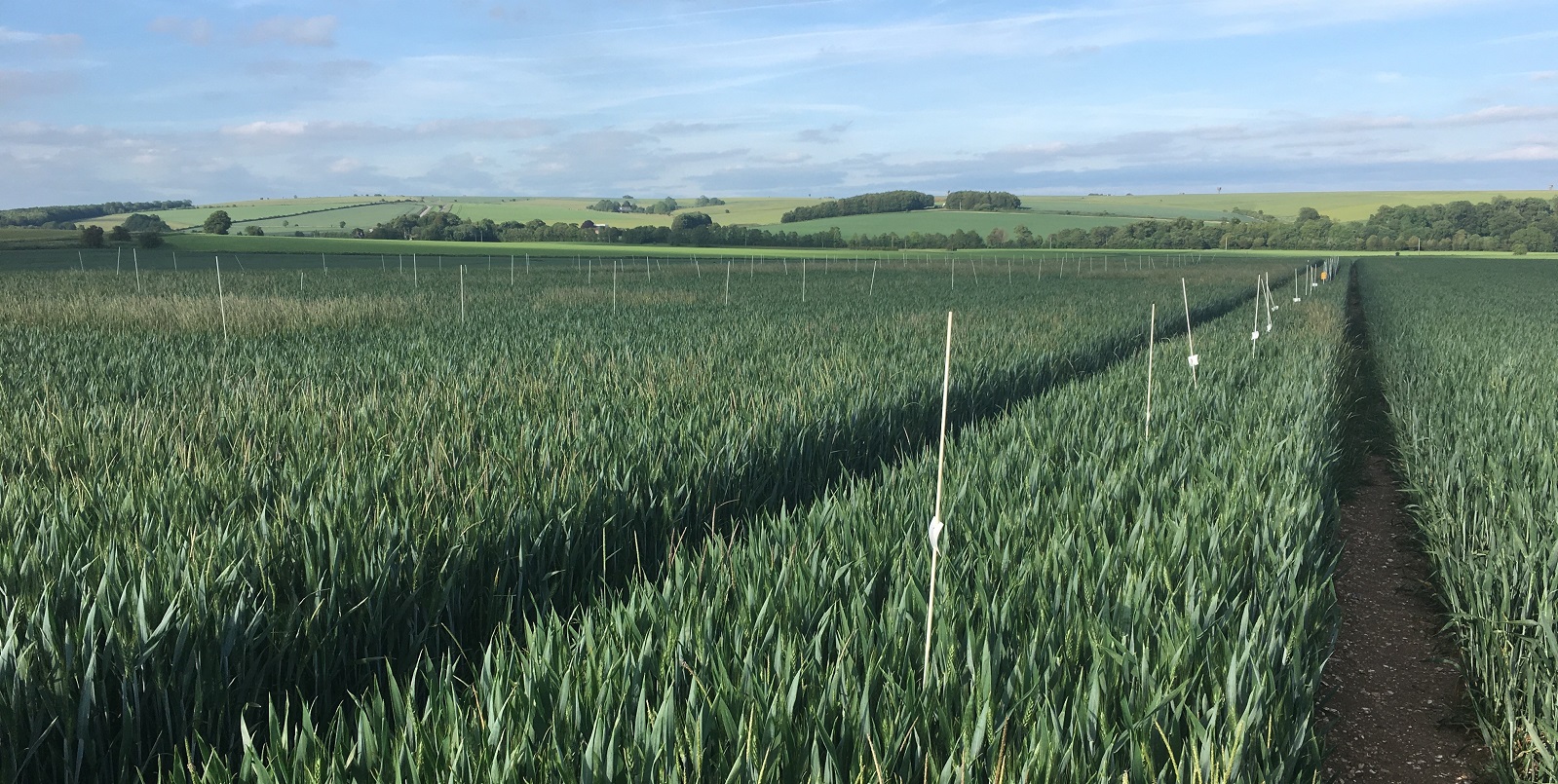 It is fair to say from a moisture point of view, things are variable, with some catching showers and others not across the West. Where farms haven’t had rain, drought is still a concern, but the weather forecast in early June looks catchy, so things can change quickly.

On moisture-retentive soils, most crops look to have a lot of yield potential. Wheat ears are emerging and T3 applications are starting in the earliest crops. The gate is shut on winter barley, but spring barley flag leaves are emerging and crops will soon be reaching the T2 fungicide timing. Finally, oilseed rape has either finished flowering or where affected by flea beetle or pigeons, may be flowering for some time.

The window for application is very small for T3 fungicides, so monitoring crops for the first signs of flowering is important in getting timing correct for good fusarium control. Where you have a range of drill dates, there could be a number of days between the optimum timing at GS63-65 in different crops, so think carefully about the order fields need to be treated.

The inclusion of tebuconazole or a strobilurin is advised where varieties are prone to brown rust, with a number on the Recommended List only having moderate resistance to the disease.

2. Map black-grass patches where control has been poor

Pre-emergence herbicides generally worked well last year, but we are now starting to see patches of black-grass emerging out the top of wheat crops. Make sure these are mapped if they are in places not seen before and consider why they might have appeared.

You can then plan how you might consider managing the weed with cultural tools in the following season. Organising fields using a traffic light system where red is bad and green is relatively black-grass free will also help plan management strategies moving forward.

Where seed return has the potential to be particularly high, consider spraying off patches with Roundup (glyphosate) during the first half of June avoid adding to the weed seedbank.

Disease pressure is not high, but be wary of cutting rates, particularly where net blotch is a risk. For Siltra, we wouldn’t encourage going under 0.4L/ha. Also, growers should not forget about ramularia and include a multisite such as chlorothalonil at T2 to control it.

Be mindful of product cut-off dates for latest time of application, as they tend to be earlier in barley than in wheat. with a range of drill dates and growth stages across the region, it might catch you out.

It has been a challenging season for oilseed rape and there is a wide range of crops, from great to poor. There is nothing else that can be done now to influence yield, except the correct timing of desiccation sprays, and this will be a challenge on some farms where crops are variable.

The key thing is to carefully walk crops properly to assess them properly. There might be a huge difference between how a crop looks in the gateway and 100m away in the middle of the field.

In addition, one of the mot important things to consider is where the seed yield is being carried. On well-structured canopies, where the yield is mostly being carried on side branches, seed samples should be taken from these branches. Conversely, where plant populations are high and most of the yield is carried on the main raceme, take seed samples there to make desiccation decisions.

Take a representative sample of 20 pods from the relevant place and as a rule of thumb, when the colour in the majority of the seeds changes from green to brown, the crop has reached the spray threshold of 30% moisture. Go too early and oil content will be compromised and maturity hindered, resulting in more red seed.

Follow label guidelines of the glyphosate product you are using, including harvest interval, and consider using a premium formulation to ensure that the active ingredient is taken up as quickly and efficiently. This includes any from the Roundup stable and rates should be kept up, particular where large weeds have established in patchy crops.

All Dekalb varieties carry pod shatter resistance genetics, but many other varieties do not. Where this is the case, pod sealants ahead of, or at, desiccation should also be a consideration.