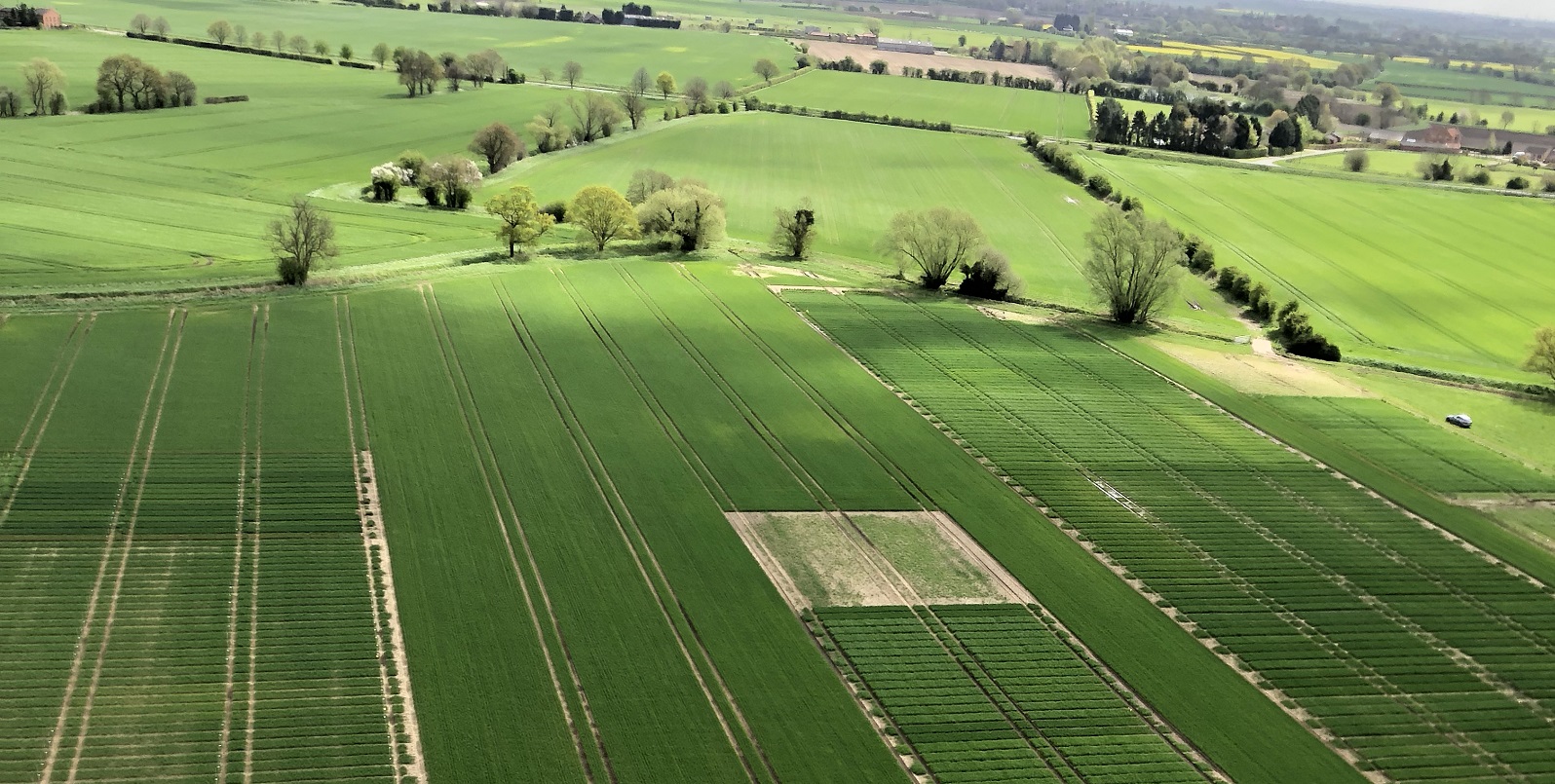 At each site, from Long Sutton, Lincolnshire in the East, Cawood, Yorkshire in the North, Callow, Herefordshire in the West to Hinton Waldrist, Oxford in the South, Septoria was the predominant disease in wheat.

Disease pressure varied at the sites, and in the various varieties we have drilled, but the wet weather this spring has created a vast amount of inoculum, which in the three more southerly sites, has been exacerbated by the mini-heatwave in the third week of April.

With more wet weather forecast as we head into May, it means growers must recognise the threat and build robust disease control programmes that focus primarily on its control in virtually all varieties.

In the West, independent agronomist David Lines told me that virtually none of the wheat area he advises on has received a T0 this season, while in the East, Bayer Commercial Technical Manager Darren Adkins suggested up to 50% had received one.

At Callow where a T0 had been applied to the plots, you could see that it had reduced Septoria compared with the untreated, and while as Jonathan Blake explained it might not increase yield, it will have helped reduce inoculum and reduce the pressure on T1 sprays.

In either case, T1 timing is crucial to get right, and will require careful inspection to hit the optimum timing of leaf 3 just fully emerged, as there was considerable variation in the growth stages of different varieties even on the same site.

Go too early and you risk not getting protection onto leaf three and leaving it exposed all the way to the T2 / flag leaf timing, and putting the crop into a very curative situation then, as Gareth Bubb explains in this video.

One advantage of the T1 being a little later than usual this season because of the colder spring, is that gap between T1 and T2 should, in theory, be quite short. That will help with Septoria control, as the curative activity of fungicides has been reduced as the fungus mutates.

But with the disease pressure high, it looks like a season where using SDHIs at both T1 and T2, in combination with azoles and chlorothalonil (the latter where appropriate), will be the way to go.

It’s also the type of season where products such as Ascra (bixafen + fluopyram + prothioconazole) will come into their own. Not only do both Ascra and sister product Aviator (bixafen + prothioconazole) have excellent rainfastness, which is important in catchy seasons, but trials have shown that Ascra provides 6% better control of Septoria that fluxapyroxad + epoxiconazole, (20% better in curative situations). That has translated to a 0.3t/ha increase in yield on average.

More importantly, in 70% of farmer trials comparing Ascra with a competitor SDHI, over the past two seasons Ascra has come out on top.

4)     Drilling date is a useful cultural control for Septoria

Compared with the other sites, Cawood in Yorkshire was drilled that little later (mid October), and combined with the wet, cold weather in the region which had held back growth, had left the crop the least forward of any site. That difference was evident in disease pressure, where Septoria levels were the lowest of the four sites by some distance.

A more direct comparison of the effect of drilling date could be made at Callow. The site has two drilling dates – only about 10 days apart – but it was clear that the later drilled plots had a reduced Septoria pressure compared with the earlier drilled ones.

In higher pressure Septoria seasons, delayed drilling has a useful role to play in disease control, just like it does with black-grass control in the East. As resistance continues to build to our key fungicide actives, then one wonders whether in the West where Septoria pressure is generally highest, growers might need to react to help with disease control by drilling later, as difficult in some situations as that is to consider.

5)     Resistance in a variety is also very helpful

Of course, growers in the West have already responded to the threat Septoria poses by choosing to grow some of the more resistant varieties on the Recommended List.

That approach also can make a big difference to the amount of disease you’re having to control with fungicides, and the pressure you are putting them under.

Here’s a video on Jonathan Blake highlighting the difference in Gleam and Kerrin at Long Sutton.

The wet spring has produced conditions favourable for eyespot, and it was easy to find both sharp and true eyespot in varieties at different sites, but especially Callow.

Eyespot is often a forgotten disease now, perhaps because both prothioconazole and boscalid, which are typical of many T1 sprays, have reasonably good activity against the disease, but it can reduce yields by 10-30% in moderate to severe cases. In severe cases it also causes lodging, with added problems that brings at harvest and with a reduction in quality.

FERA fusarium expert Phil Jennings joined us at Cawood, and explained that his testing so far this season had identified microdochium infection.

Slightly more worryingly he had also found Fusarium culmorum, and some Fusarium graminearum in Crop Monitor leaf layer testing. This was a little unusual, although the testing was being carried out a little later than previously, which might explain the finding.

But, as he said, the inoculum is there, and a warm, dry spell in May would help that inoculum develop further. Wet weather is then needed at flowering for infection, and a further wet spell around GS75 moves the mycotoxin deoxynivalenol (DON) from the chaff into the grain.

That means growers will need to consider control when the T3 timing comes up later in the season. The best timing is mid-flowering – the more fresh flowers the better – but early flowering can also be considered if the weather forecast is against you.

For the past three years, the Judge For Yourself trials have given farmers the opportunity to compare a range of T2 options against Ascra.

For latest advice and news for your wheat crop