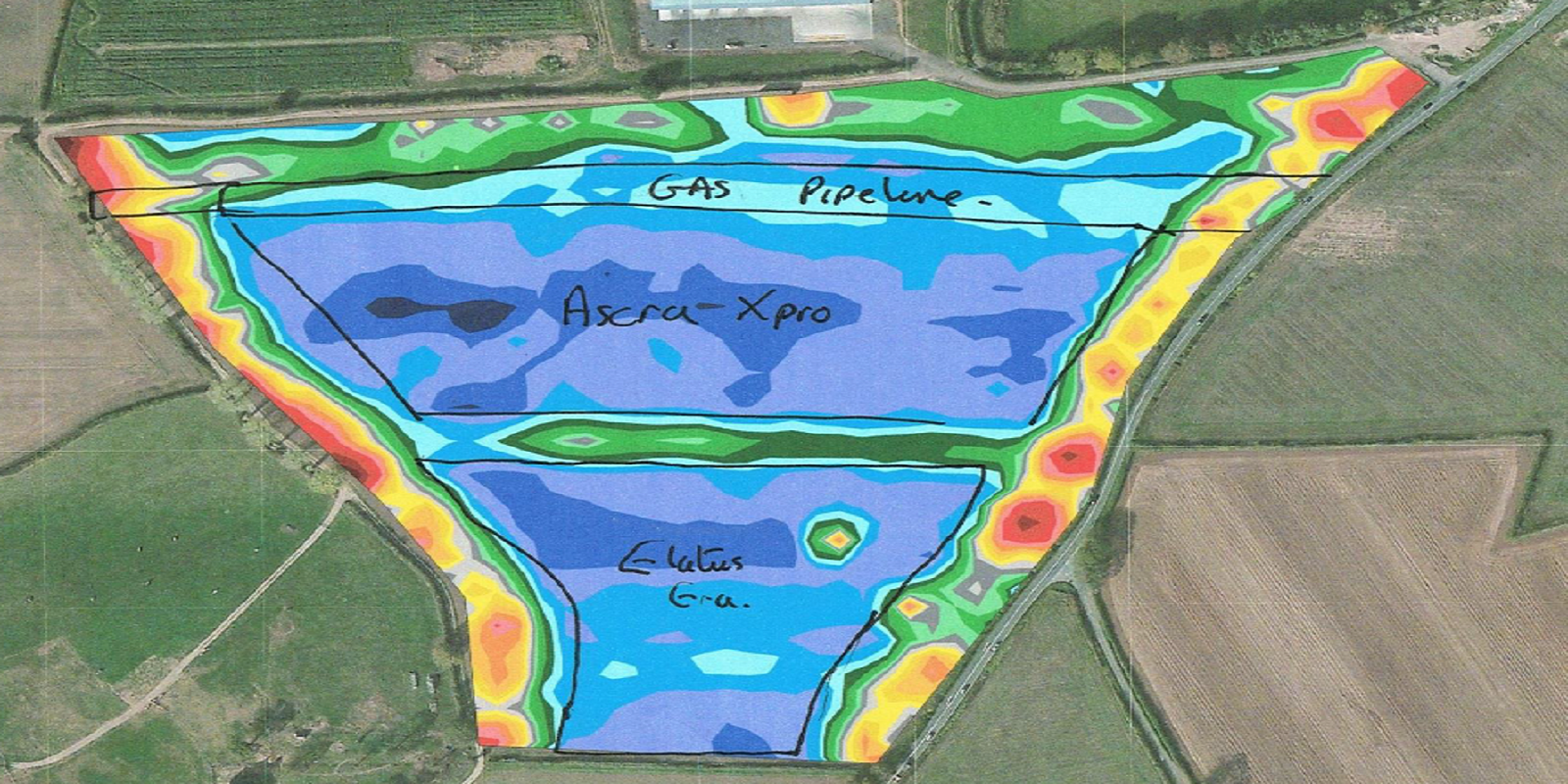 In a bid to understand why Ascra performs so well in the T2 position, six Judge For Yourself trials last year underwent further evaluation with in-depth research into whether crop improvement or better disease control is responsible, says Bayer’s commercial technical manager, Jon Helliwell.

The analysis included advanced aerial imaging six weeks after the T2 application to give an indication of the leaf chlorophyll content, plant vigour, stress detection and nitrogen uptake in the crop.

“We were aiming to catch the point at which T2 fungicides were running out of steam, and the crops were naturally beginning to senesce or have disease come back into them. And to assess whether Ascra, compared to other products, was giving a prolonged green leaf area through better Septoria protection, which would then build higher yields.”

The relationship between green leaf derived from the drone imaging, ground measurements of leaf chlorophyll, and subsequent yield data from the grower combines was striking, notes Dr Helliwell.

There was a moisture-adjusted yield response benefit of 1.59 t/ha in David Hoyles’ crop of Graham in Lincolnshire, compared to his comparison treatment of 1.25 L/ha Adexar. A main benefit of the trial location was the even soil texture across the field, demonstrating to a line where different T2 chemistry was applied, notes Dr Helliwell.

Yara’s Mark Tucker isn’t surprised by the findings of the chlorophyll analyses which back up the drone mapping and yields.

The readings in both Mr Wood’s and Mr Hoyles’ trials (see table below) demonstrate how different fungicide products allow the plant to retain chlorophyll for longer and give canopy duration. This allows for a higher nitrogen content in the plant, leading to higher yield and better grain quality, says Mr Tucker.

Historic data from Yara shows that a difference in a late-season chlorophyll reading between 500 and 250 on the N-tester would suggest 1% less nitrogen in the flag leaf, which could relate to up to a 2.0 t/ha yield drop.

“This happens as a result of better disease control. There is less respiration in the plant so you’re developing dry matter through photosynthesis rather than burning energy through respiration, so there is better nitrogen efficiency within the plant.”

The chlorophyll results may also indicate some fungicides could be increasing nitrogen uptake because of improved plant health, explains Mr Tucker.

“You could be in a position where you will hit the optimum nitrogen better, so in effect using less nitrogen to achieve the same yield.”

The YARA N-tester is usually used earlier in the season to make decisions about nitrogen applications, yet Mr Tucker believes that with additional testing points within the season, readings could be used as a measure of fungicide performance, but not on which to base fungicide application decisions.

Note: a 10 point difference on the N-Tester result related to 4 kg N/ha in the crop

Over 50 farmers across the country tried Ascra at T2 last season versus their current farm standard. In 73% of cases Ascra yielded more than the competition, with an average yield increase of 0.31t/ha. Hover over the chart to see the yield differences from each farm.

You can get a closer look at the drone maps, visual comparisons, chlorophyll measurements and more in the articles below.

Selecting fungicide products that give the best returns and targeting them correctly is crucial to keeping a handle on fungicide costs for Herefordshire farm manager Mark Wood.