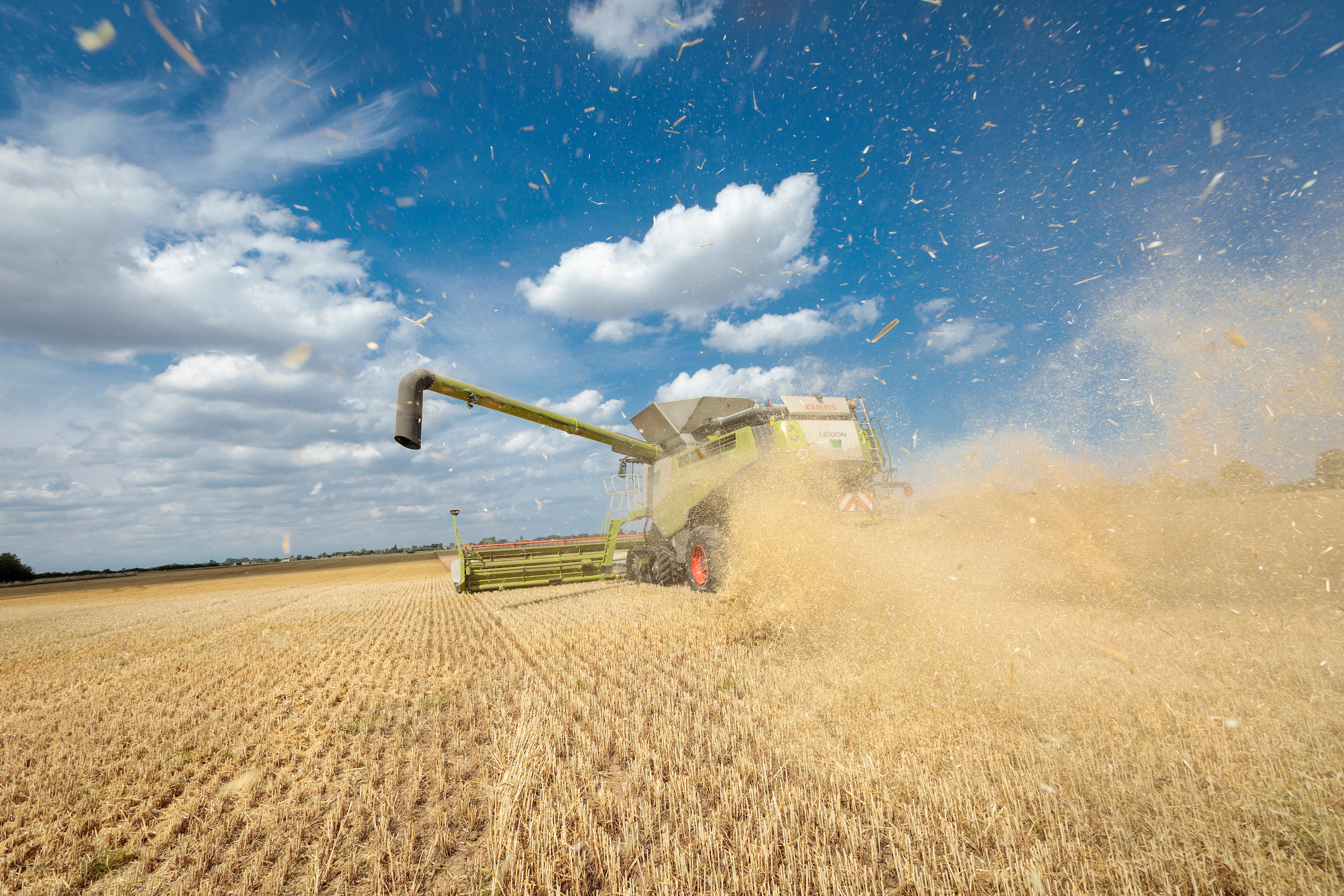 In July there was positivity around winter barley yields in the north with some reports of crops achieving 8-10 t/ha, while those who had nibbled some oilseed rape were talking of yields of 3-4 t/ha.

Some concern remained at the time about bushel weights and yield in winter wheat due to the dry June, with crops finishing more quickly than most growers would have liked. Time will tell if that concern was justified.

Field fires have also been a scary and too regular occurrence in the north this summer.

Over the past couple of years establishing oilseed rape as soon as possible in August has been a good strategy for avoiding cabbage stem flea beetle damage. But as this is written in mid-July in the middle of the heatwave, obviously it is difficult to know whether there will be enough moisture to get oilseed rape away.

Looking at mid to long range weather forecasts from the Met Office suggests there is going to be warm, mostly dry weather, but that can change quickly. If there is rain it needs to be enough to penetrate the ground to allow the seed to take off.

But the strategy remains: establish oilseed rape as soon as practically possible once there is enough soil moisture. Moisture retention in seedbeds is likely to be even more crucial this season, which probably means using lower disturbance establishment methods rather than ploughing.

DK Exstar is the one of the main line varietal choices for early drilling and vigorous establishment while limiting over-rapid autumn development, whereas for those in time critical positions and later drilling in August, the variety will still have sufficient rapid development.

For those looking at later establishment, and good turnip yellows virus resistance, DK Exposé provides the most flexible option as it has excellent combination of characters for early drilling with the flexibility for sowing into September while still maintaining high oil content, light leaf spot resistance, and double Phoma resistance.

Weed control for next season has already started with harvest. Poor machinery hygiene is sometimes an overlooked factor in spreading grass weeds around fields and onto farms, especially when using contractors. Make sure all machines are blown down and cleaned if moving from a dirtier area to a clean field, or when contractors come onto farm.

Once harvested, in most situations it is worth shallow cultivating stubbles as soon as possible with a stubble rake, discs or tines to encourage a weed chit. Again, moisture will be helpful for germination.

Plan whether you will need one or two hits with glyphosate depending on likely amounts of grass weed germination. If it is two, allow a decent population to form before applying glyphosate. If there are any survivors, another shallow cultivation will be required to remove them to avoid increasing resistance risk.

The final application should be made just before drilling. Maximise efficacy of these sprays by concentrating on application technique – boom height of 50cm above the target, forward speed of 10-12 kph and the correct nozzle choice. Make sure you use the correct dose for the target weed.

Potatoes are into the stable canopy phase of crop growth and as we reach the end of the season the focus switches more to tuber blight control, as well as foliar blight. Blight pressure has been reasonably low this season so far, but that can soon change in August.

Infinito (fluopicolide + propamocarb) is a good choice for the back end of the programme, giving good protection against tuber blight and foliar blight. In total, you can use four applications of Infinito during the programme, but no more than two in succession.

If the weather reaches high temperatures as in July then think about applying products away from the heat of the day to minimise any crop damage potential.

Field performance can be monitored during harvest in real-time using our digital platform, Climate FieldView. That’s incredibly useful for identifying areas that have over- or underperformed and potentially allowing you to investigate the reasons behind that.

It’s also good for helping to make future management decisions, such as quick choices on varieties, looking at the results of any on-farm trials, and whether seed rates or fertiliser management might need to be tweaked.

For those with older combines without yield monitoring capabilities, there is now a retrofit yield kit available that will bring real-time yield mapping to any combine regardless of make, model or age.