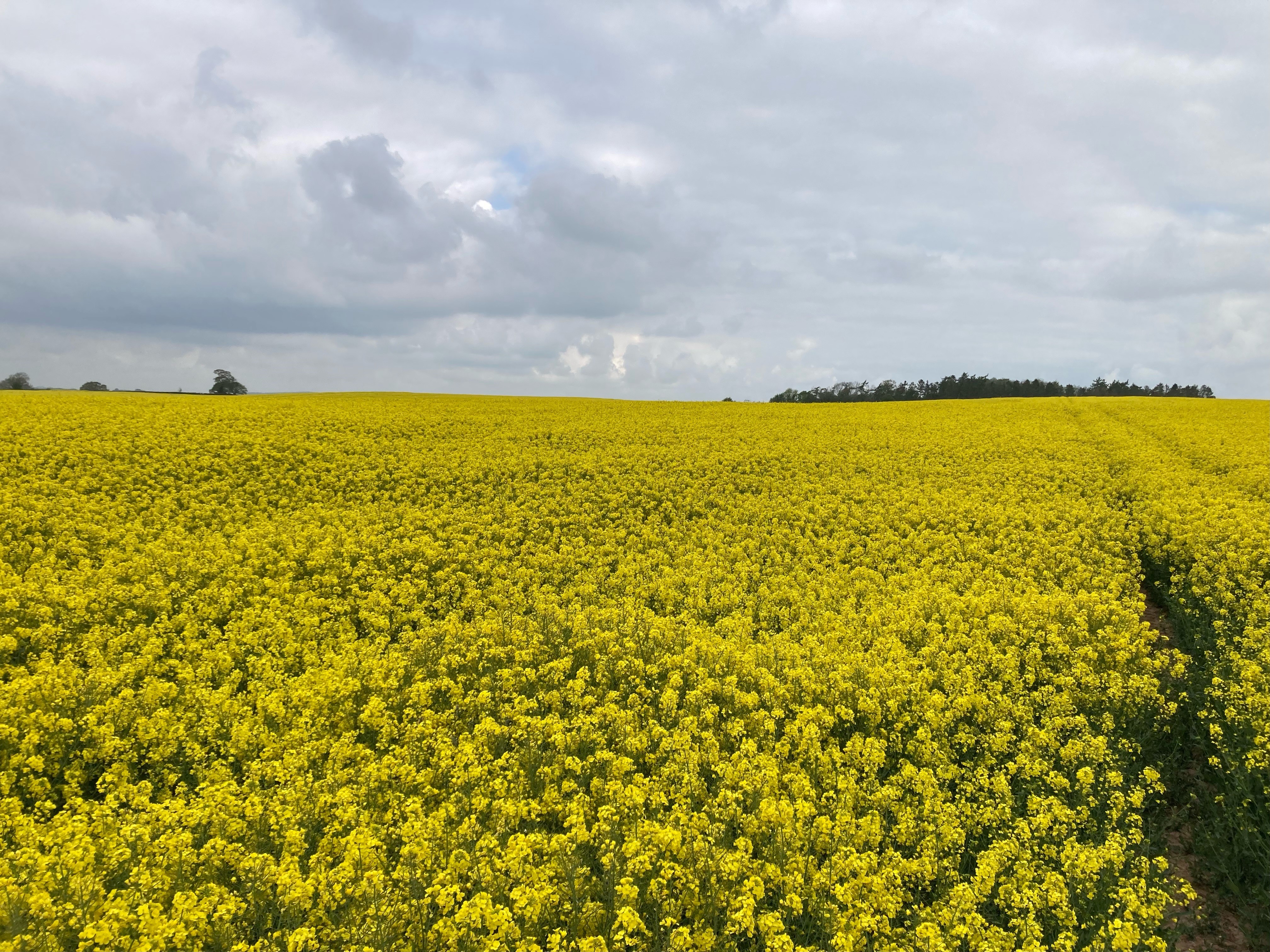 April was very dry – just 16mm so far, and as this is written there isn’t much immediate sign of that changing. Crops could do with a drink, but there is still plenty of potential. Some crops are a little bit thin in places where fertiliser is still to be washed in.

It’s shaping up to be quite similar to last year with the weather pattern. Time will tell whether we get the rain in May like last season. One big difference is the value of the crop, which might make growers think differently about what they are going to do.

Gareth’s agronomy tips for May

In wheat T1s were applied at the end of April in lots of cases. There wasn’t much yellow rust about at that point, while Septoria varied with it being evident on leaf five, but not visible on leaf four. We are picking up latent disease on leaf four through CropCheck. There’s some eyespot in earlier drilled crops, while mildew is being favoured by the dry weather.

The priority in early May will be to finish off T1s, where windy weather has prevented applications or on later drilled crops.

But if you are a little late applying T1, it’s still really important that T2 is applied when the flag leaf is fully emerged, even if that’s only 10-14 days later.

Think about your variety, sowing date, and disease risks. Very rarely will one variety only be susceptible to one disease, so when you are selecting a product it should have good activity on a range of diseases, especially Septoria, yellow rust and brown rust.

Where you are growing high risk Septoria-susceptible varieties, drilled in September, you might need to consider using 1.5 L/ha of Univoq (fenpicoxamid + prothioconazole) at T2.

Otherwise Ascra (bixafen + prothioconazole + fluopyram) at 1.0 L/ha in low risk scenarios to 1.5 L/ha in the highest risk is a good choice.

While winter barley crops are looking pretty clean generally – brown rust in hybrids apart – it is still important to apply T2 sprays as awns emerge, preferably no longer than three to four weeks after T1s. Barley diseases cycle quickly so they can easily get back in.

The key disease if it goes wet will be Rhynchosporium but also watch out for net blotch and Ramularia. Unlike in wheat keeping the crop green for as long as possible isn’t the most important thing, so T2 is generally a lesser spend than at T1.

Product choice will depend a little on what you used at T1, and whether you used Ascra. It can only be used once in the crop, so if you’ve saved it for T2, then 0.7 L/ha is a good option and will help against Ramularia as well as the other diseases. If it was used at T1, then proven and tested Siltra (bixafen + prothioconazole) at 0.4 L/ha will also do a good job, and can be supported with folpet for Ramularia, if necessary.

Spring barley is all over the place in terms of growth stages currently. But with high malting barley prices it will need protecting.

With a shorter growing season, keeping it greener for longer matters a little more than in winter barley.

If it stays dry, there will be more mildew, while also think about net blotch, Rhynchosporium and Ramularia.

Dry weather will also encourage growers to think about only one spray, but because those diseases can cycle very quickly, you’ll likely need two sprays to cover, particularly against aggressive diseases like net blotch.

First fungicide sprays are likely to be due in early May if not before. The key thing is don’t leave it too late for the first spray – it should be late tillering rather than GS30/31, with the second spray three weeks later as awns emerge.

In spring barley, I would use Ascra at T2 rather than T1 because of the greater risk from Ramularia, and typically you can use lower rates than in winter barley.

Oilseed rape is worth a lot of money, so it’s important to protect yield. Keeping it green for longer is how you get the yield in oilseed rape.

While we haven’t had a bad season for Sclerotinia in some years we’ve still seen some nice yield responses from Aviator (bixafen + prothioconazole) when we’ve used it at flowering in the absence of disease.

First flowering sprays at early to mid-flowering should have gone on in late April, although with the dry weather some growers might have delayed. If flowering extends longer than the three weeks protection a first spray will give, consider a second spray.

I’d recommend Aviator at 0.75 L/ha for the first spray, with a follow up with another 0.5 L/ha or half dose of Proline (prothioconazole).

Most potatoes have been planted but for any later planted ones in early May, read the labels carefully for pre-emergence residual herbicides such as Emerger (aclonifen) and Artist (flufenacet + metribuzin). Emerger must be applied at least seven days before emergence.

Towards the end of May, blight starts to come into focus as crops reach rosette stage. Watch forecasts and don’t start too late. 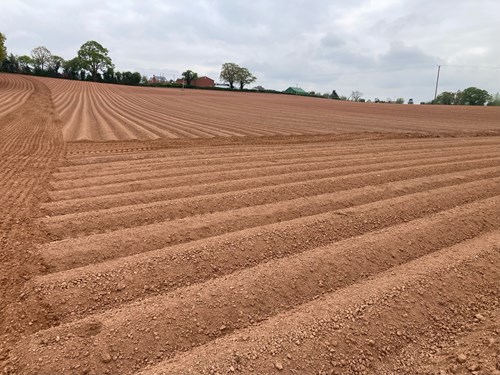 Maize planting is continuing in the west. It’s not the most competitive crop to begin with so early weed control is important.

Maister (foramsulfuron + iodosulfuron + isoxadifen) is a useful broad-spectrum grass and broadleaf weed herbicide that can be used up to the six-leaf stage of the crop. It’s mostly contact acting, and quite a lot of growers are using it to control cranesbill, for which there aren’t a lot of options in maize. Black bindweed is a weakness to be aware of.

A date for your diary – our Bayer Field Day at Callow will be on 30 June. Plot tours around the site include 42 winter wheat varieties, including Recommended List varieties, candidates and blends, plus disease control trials and other stops to discuss weed control, OSR varieties and pest control.