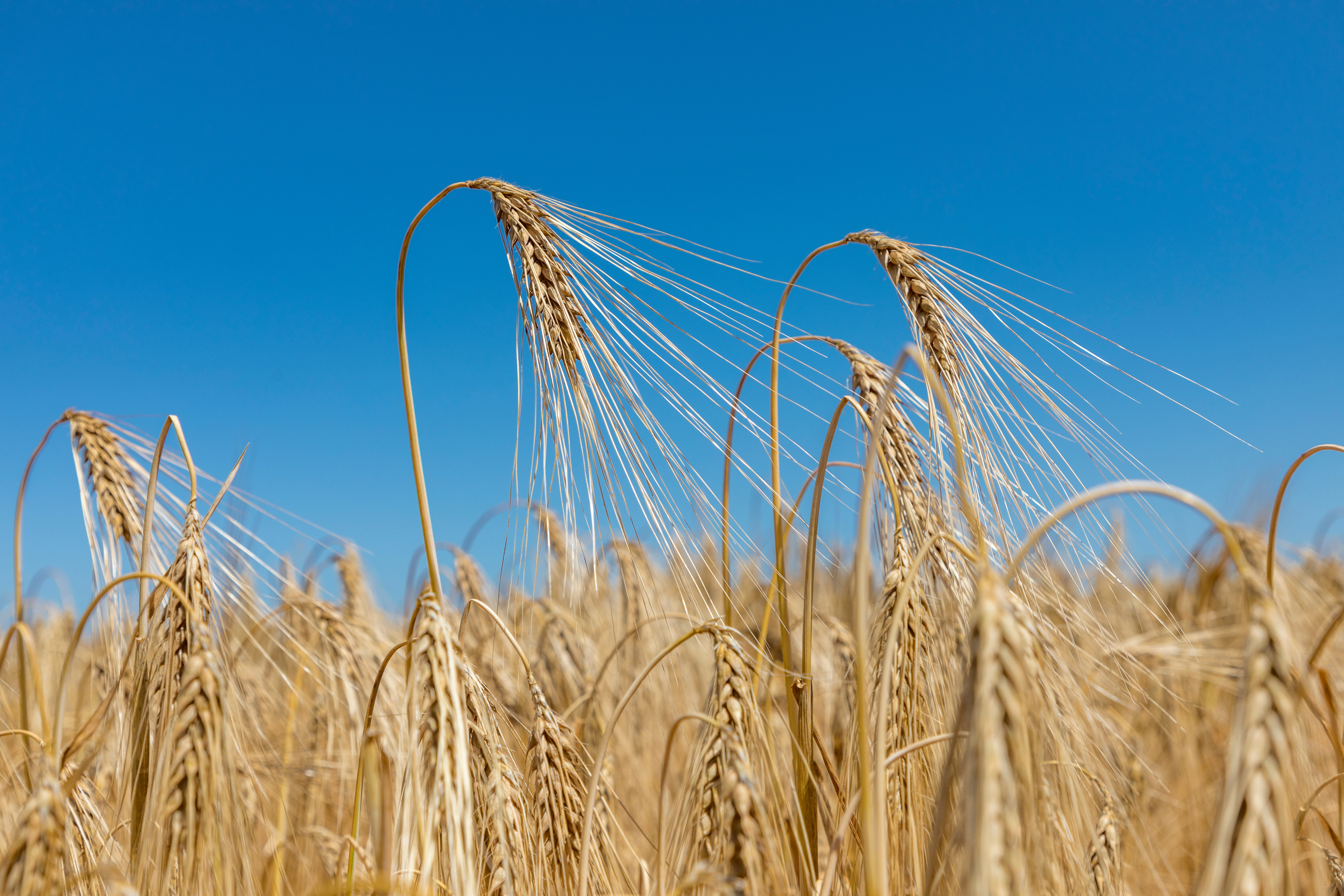 Where cereal establishment was good crops were generally hanging on a bit better in the dry period we’ve had in April. Later drilled crops which didn’t establish as well had started to go backwards as we approached the end of April, as it hadn’t been able to scavenge for moisture and nutrients effectively.

A lot of granular fertiliser is sitting on the surface waiting for moisture to be taken up, and if that didn’t arrive in the last week of April I’m expecting by the time you read this that will have started to take its toll.

Disease pressure has been manageable – there were a lot of yellow rust sightings earlier in the east, but not many needed to apply pre-T0 as the cold weather has kept early yellow rust infections at bay, at least until T0 timing and beyond.

There was also Septoria bubbling away over winter, unsurprising due to the wet weather, but now it’s turned dry and with cold winds the disease is yet to spread up onto the newer emerging leaves as we approach the end of April. But it will need to be monitored, particularly if the weather changes, as expected going into May!

Oilseed rape crops range from brilliant looking to desperately poor, backward struggling crops. Where justified flowering sprays may have been applied in April particularly if targeting light leaf spot. In May it will be a case of monitoring for any prolonged flowering and if necessary applying a fungicide spray, particularly to those crops yet to receive any disease protection at this timing.

Ella’s agronomy tips for May

While it has been very dry in April, weather is unpredictable and can change quickly, and that means disease pressure can also change quickly as well. Unfortunately, weather forecasting hasn’t got any more accurate and it is dangerous to hang your hat on it any further than one to two weeks in advance and that’s pushing it.

With the dry weather heading into the T1 timing, it appears as this is written growers may well choose to cut either dose or choose less robust, cheaper products at T1 if the forecast remains dry. If that has happened, it could increase the need for a robust T2 as that timing is critical to yield development.

A product like Ascra (bixafen + prothioconazole + fluopyram) is a good choice as it provides both flexibility and covers all the key diseases. The Xpro fungicide range also delivers key physiological benefits through increased chlorophyll content / photosynthesis in treated plants, extending the duration of green leaf area retention, resulting in yield increases above that from disease control alone.

Ascra is also easy to dose according to risk – if it is bone-dry and/or disease pressure is low, 1.0 L/ha will be fine, while if it turns wet you haven’t bought the wrong product, you can just up the dose to 1.2-1.5 L/ha.

Our trials in the west and Ireland have shown what higher rates can do in higher disease pressure, and while in the east this season that’s unlikely to be needed in most cases, it shows the product’s flexibility and how easy it is to dose according to risk and fit to the cost you need, without losing any efficacy on other diseases.

2. Consider what your main disease threats are likely to be in winter barley

While doses of fungicide in winter barley can be lower at T2 than at T1, the one disease that can dictate rates is net blotch. It has been a disease to watch out for over the past couple of years, partly because of resistance issues beginning to arise in the key actives.

There have been some sensitivity shifts to prothioconazole within net blotch populations in the past, but latest data suggests the situation is stable and the active remains very effective.

However, it should always be used in combination with another net blotch active, such as bixafen to protect both fungicide groups. Our recommendation would be to use at least 100g/ha of prothioconazole in a high-risk net blotch scenario. That’s 0.5 L/ha of Siltra (bixafen + prothioconazole). If net blotch isn’t a concern, then that rate could drop to 0.4 L/ha.

Brown rust has come in early in some crops. Remember brown rust in barley is a completely different pathogen to brown rust in wheat, and both prothioconazole and bixafen are very effective against barley brown rust.

The other disease to consider is Ramularia. We haven’t see particularly high levels over the past two seasons, so don’t get too distracted by it, but it’s a stress related disease, which means it is important to keep the crop green and healthy so it doesn’t have the chance to develop off the back of the stress of other diseases.

With Ramularia there are also resistance issues with widespread resistance to strobilurins, reduced sensitivity to SDHIs and to azoles. The latter group has the most activity, with AHDB fungicide performance curves showing reasonable activity so it is another reason not to cut your dose of prothioconazole back too far at T2.

Folpet has shown useful activity in Ireland so it may be useful to add in at the T2 timing.

Most of the points above are relevant for spring barley as well. If you’re planning a two-spray programme then your T1 should be based around later tillering. Siltra or Fandango (fluoxastrobin + prothioconazole) at slightly lower doses are good all-round options. If net blotch is a threat, which it can be in spring barley, then the 100g/ha of prothioconazole is still a good target.

The more important timing for yield protection in spring barley is awns emerging. You only get three to four weeks protection from one spray, and with it becoming more difficult to control disease curatively in barley, the earlier spray is useful for keeping disease out and could have a good impact in reducing stress in those crops and helping reduce the threat of Ramularia.

Although virus yellows should be lower risk this season, with slightly delayed drilling, dry weather and cold nights in April slowing emergence, it will still be important to get the crop through to the 12 true leaf stage where virus threat reduces as quickly as possible.

That means it is important to apply herbicide sprays in as good conditions as possible to avoid damaging crop growth. Betanal Tandem (ethofumesate + phenmedipham) supports that crop safety aspect – we have done a lot of trials which give reassurance about crop safety on top of the efficacy benefits.

But it is still important to avoid stressful conditions, such as high daytime temperatures, particularly when adding in oil to Betanal Tandem, which helps with efficacy, to reduce the potential for any crop effects. With oil adjust the rate depending on conditions.

Monitor the crop for when aphids do start flying, but only apply an aphicide if the threshold of one green wingless aphid per four plants up to 12 true leaves of the crop is reached.