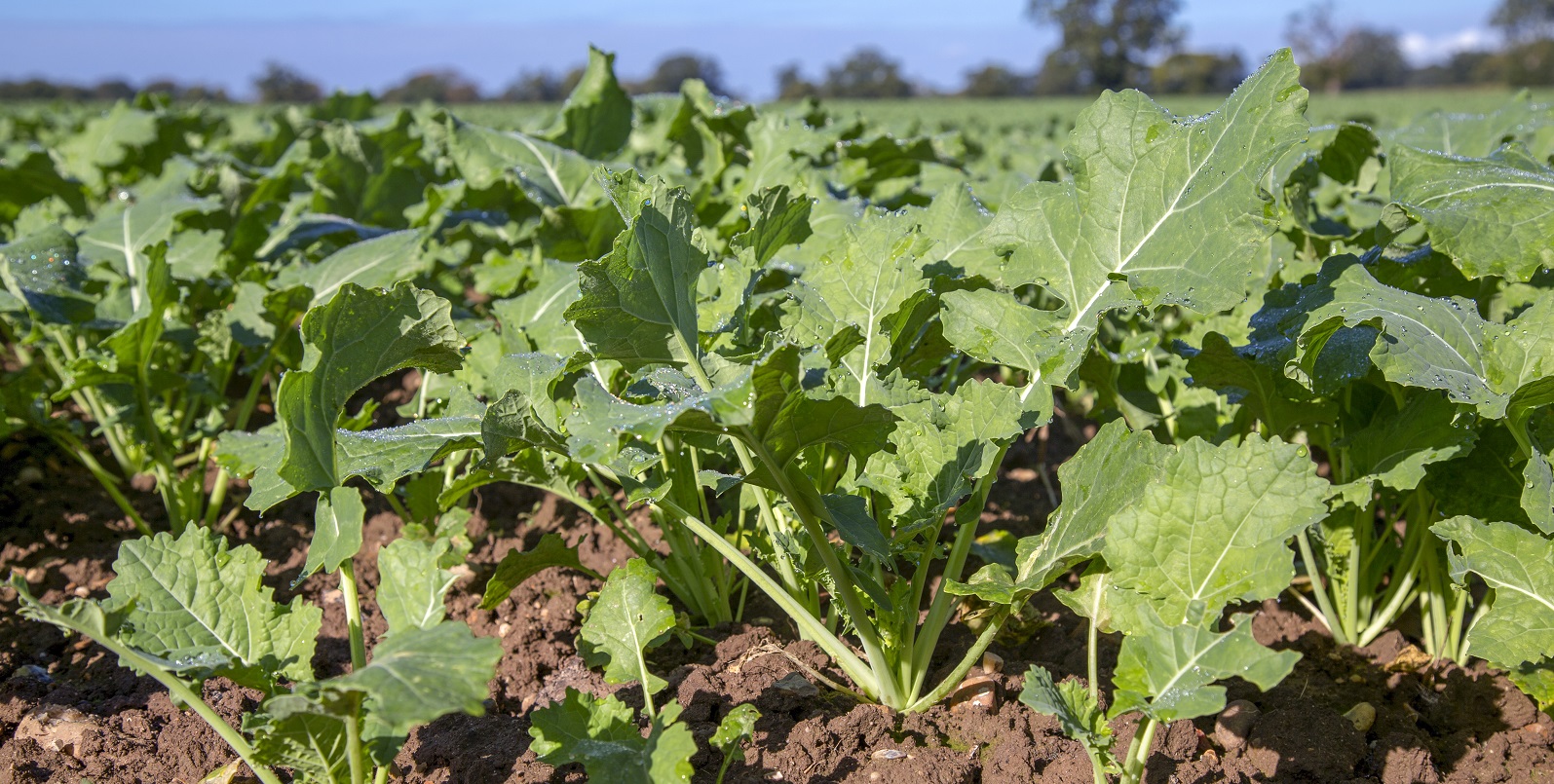 Norfolk, where I am based, was very wet in January with around 120mm of rain on the back of another wet autumn, and then the cold snap in early February.

It means there is a huge variation in the quality of wheat that is in the ground. Wheat that went in earlier in September that looks good, while crops that went in much more recently are not all looking so positive.

The early drilled crops, prior to the snow in February, had more Septoria in than we’ve seen in recent seasons, but the cold weather will have checked that.

There are cabbage stem flea beetle larvae in oilseed rape crops, but generally crops are looking pretty good thanks to much better establishment than in recent seasons.

High levels of light leaf spot are present in oilseed rape crops, as evidenced by the January Spotcheck results. Of the 56 samples sent to ADAS for analysis of disease levels, 68% were infected with light leaf spot as confirmed by incubation, while only 14% had visual symptoms when sent in.

There was a similar result from December samples, which had 78% infected, which was 20% higher than at the same time the previous year.

Development rates will have subsided a bit after the cold weather at the beginning of February compared with during the milder weather around Christmas. But a lot of growers won’t have been able to travel to treat since earlier in the autumn, which means it will be important to take the first opportunity to get on with a light leaf spot spray this spring.

While a pre-emergence herbicide will have been applied to most wheat crops, there will be plenty that didn’t get a second top up residual spray that might have been planned for.

The first step will be walking fields to assess what weed burdens – grass or broadleaved weeds – are present, and making a decision based on that.

It will be too late for residual herbicides in most cases now, so contact-acting herbicides such as Atlantis OD (mesosulfuron + iodosulfuron) will be the main option, particularly for grassweeds such as black-grass.

The priority will be to treat as soon as conditions allow, especially on any crops that have not been treated or only had limited programmes in the autumn. Don’t wait for every weed to come up – with grassweeds it is important to treat when weeds are small rather than trying to control well-tillered black-grass.

Where spring cropping is planned troublesome weeds can be cleaned up with a timely and effective stubble or seedbed clean up spray using Roundup (glyphosate). If you’ve grown a cover crop a second application of glyphosate, or one following destruction using mechanical means, such as rolling on the frost, can also tidy up remaining species before drilling.

Roundup branded product are formulated to work effectively in challenging conditions, and also have a good flexibility for rainfastness and cultivation intervals, which can be helpful in a busy spring period.

Once drilled, spring barley has an on-label approval for pre-emergence Liberator (flufenacet + diflufenican) at 0.3 L/ha.

Towards the end of March attention starts to switch towards disease control programmes in cereals. It’s likely to be a slow start this year, so it is unlikely many T0s will be applied before the third week of March at the earliest.

With no chlorothalonil this season, so there are fewer options to control Septoria in wheat at this stage. The main target is likely to be yellow rust, where tebuconazole is a good option.

If you’ve got yellow rust actively sporulating in crops, then don’t wait until T1 timing to take it out. Try to avoid, however, going more than four weeks ahead of the likely T1 timing as the T0 can potentially run out of persistency against the disease and create headaches for targeting T1 at leaf three fully emerged.

The vast majority of winter barley crops shouldn’t need a T0 spray in this area. The exception might be if there are very high levels of net blotch, where it might be beneficial.

With the loss of desmedipham weed control programmes in sugar beet will be changing this season.

Betanal maxxPro (phenmedipham + desmedipham + ethofumesate + lenacil) brought quite a bit of flexibility over the timing of first sprays, with typically programmes starting when first true leaves were present.

Its replacement is Betanal Tandem (phenmedipham + ethofumesate which should be used from expanded cotyledon using 1.0 L/ha +/- oil. Ideally an adjuvant oil will be added as it adds to efficacy but how much is based on temperature. If temperatures on the day of spraying are up to 14C, then the full 1.0 L/ha rate of oil can be added, while it reduces to 0.75 L/ha for 14-18C, 0.5 L/ha for 18-21C and is not recommended for anything above 21C.

Betanal Tandem delivers higher amounts of phenmedipham (200 g ai/ha) and ethofumesate (190g ai/ha) than were in Betanal maxxPro, and you can add in residual tank mix partners such as metamitron, lenacil or triflusulfuron to boost control of Polygonum species, ivy-leaved speedwells, and mayweeds.

6. Does your system suit Velum Prime application in potatoes?

There are now two methods of applying Velum Prime (fluopyram) for the control of potato cyst nematodes in potatoes – in-furrow application at planting and broadcast and incorporation before planting.

With the loss of Vydate (oxamyl) as an option, unless an emergency authorisation is agreed, the use of Velum becomes additionally useful. In lower pressure situations it can be used alone, while under higher pressure it can be used alongside a half dose or full dose of a granule, such as nemathorin.

If you’re planning to use the new broadcast and incorporation method make sure you de-stone before applying with a horizontal boom sprayer and then incorporate to a minimum depth of 10-20 cm via a rotary cultivator like a bed tiller or mixer, before the field is planted.

Our trials have shown no difference between application methods, so which one you use will probably depend on your system and equipment.

As a final note on potatoes, this will be the last season of use for the tuber treatment Emesto Prime (penflufen). All sales, storage and use must be completed by 30 June 2021, but there are no Maximum Residue Limit (MRL) changes for harvested tubers, so there will be no issues with storing and selling potatoes grown from treated tubers this spring.