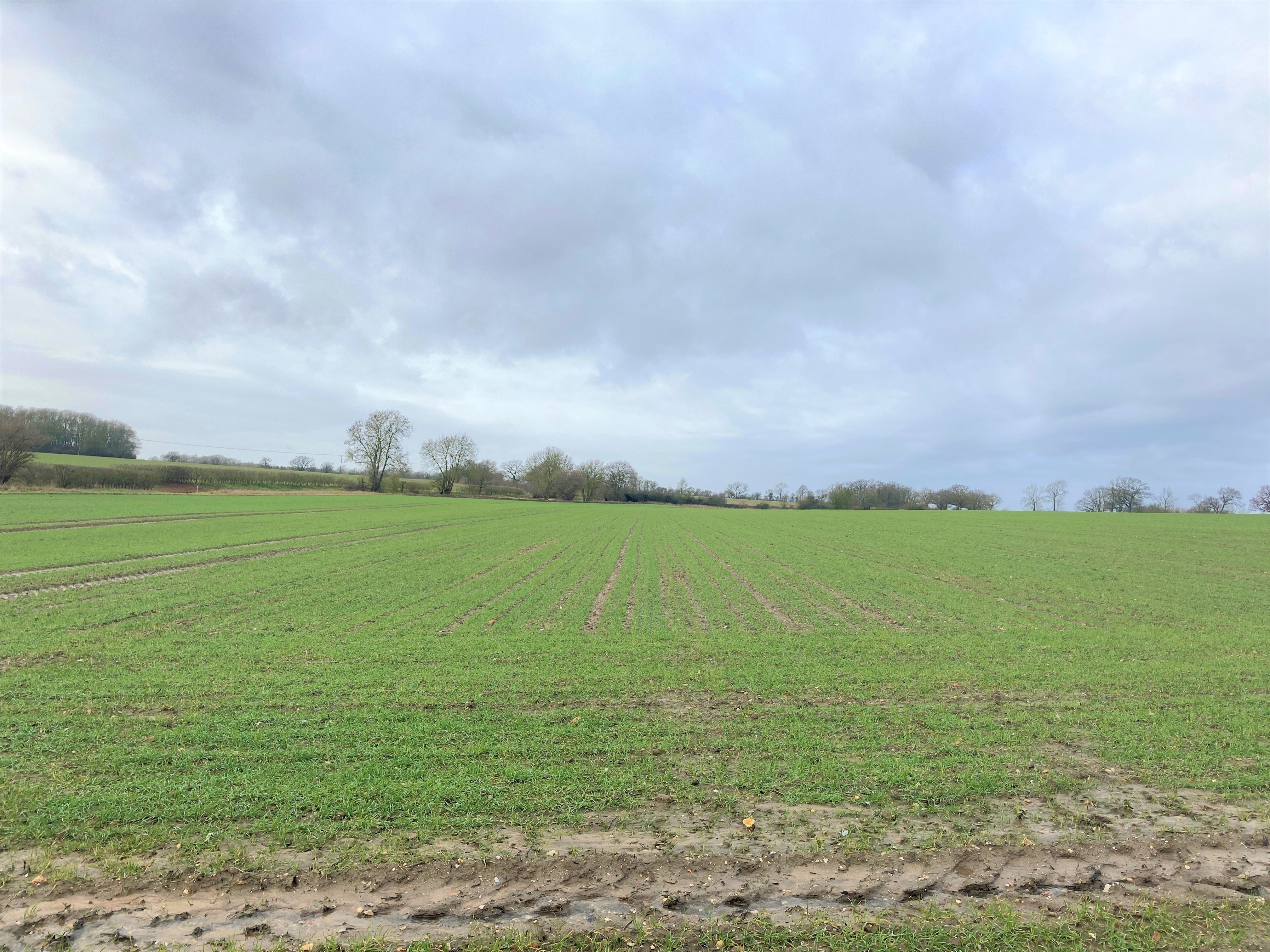 It was a frustrating drilling campaign for many in East Anglia, which at times seemed similar to that of autumn 2019. However, eventually a drier spell in November allowed most of the wheat area to be finally drilled, if it hadn’t gone in earlier, so I don’t think there is a huge area left to be planted.

The colder spell in January should have aided natural control of any aphids still around potentially transmitting barley yellow dwarf virus and also dampened down the yellow rust that was coming into susceptible crops, but its important to monitor these higher risk fields as we head into spring.

Oilseed rape crops are quite robust in size, but had that typical winter look about them in January with the purpling of leaves.  Hopefully, we will see some brighter weather in the following month kick-start them and continue to grow away from any cabbage stem flea beetle larval or pigeon damage.

The vigorous crops have helped with weed suppression and herbicides look like they are working effectively.

Field work in February will really depend on whether the rainfall stays away and allows a lot of the land around East Anglia to dry out sufficiently, unfortunately the forecast for the beginning of this month doesn’t look too favorable at present, but we shall remain hopeful!

For any grower still with area to plant, remember that any cereal crop drilled from 1 February is classed as a spring crop, even if it is a winter variety. That has implications for the use of products, which have to be approved for use in spring crops and at the appropriate rates.

For example, Liberator (flufenacet + diflufenican) has a maximum dose of 0.3 L/ha for spring wheat rather than the 0.6 L/ha you can use in winter wheat.

Those crops will be the priority from February to catch up on weed control applications that weren’t possible pre-Christmas as soon as soil conditions allow, and growth starts.

If grass weeds have emerged then you will need to consider turning to a contact herbicide. However, temperatures will need to be higher than they were in January, and definitely a dry leaf when applying to maximise efficacy.

Where residuals were applied in the autumn, it is still important to be field walking and prioritising fields where black-grass is emerging. Early drilled crops, especially, might have a higher proportion of grassweeds and need careful monitoring. Remember, contact acting herbicides are more effective against smaller weeds particularly when targeting black-grass and rye-grass so aiming to treat at the 1-3 leaf stage is ideal.

Oilseed rape crops that are on the smaller side may still be at risk from Phoma re-infections, if we continue to get wet weather. Second Phoma sprays can be justified from the associated yield loss up until around mid-February.

The main focus will be light leaf spot, however, particularly if the temperature increases. The Bayer Spotcheck service, which assesses levels of oilseed rape diseases via leaves sent to ADAS for inspection, showed 78% of samples across the country tested positive for light leaf spot in December.

Up until mid-January it had been difficult to see visual symptoms of light leaf spot in crops without using the incubation technique, so the Spotcheck service is helpful in assessing pre-symptomatic disease in crops, especially those at higher risk, such as early drilled crops or susceptible varieties.

There is no threshold for light leaf spot prior to stem extension, so ideally products should be applied at the first sign of disease. Choosing a product such as Proline (prothioconazole) will cover both light leaf spot and Phoma, if needed.

4. Plan ahead for nematicide use in potatoes

With the loss of authorisation for Vydate (oxamyl), unless an emergency use is granted, options for controlling potato cyst nematodes have further decreased this spring.

One piece of good news is Bayer’s liquid nematicide, Velum Prime (fluopyram), now has a second method of application on the label – broadcast and incorporate, in addition to the in-furrow method previously approved.

With the broadcast and incorporate method, Velum is applied to the soil using the farm horizontal boom sprayer – either the flat bed following primary cultivations or to ridged beds, where there is no requirement for de-stoning, or to already de-stoned beds.

The product must then be incorporated to a minimum depth of 10-20cm via rotary incorporation using a bed tiller or mixer, before the field is planted.

An alternative one-pass system is possible where Velum is applied to ridged beds where de-stoning has either happened or not needed using a liquid applicator fitted to the bed-tiller or mixer. The product is then immediately incorporated to the minimum depth of 10-20cm, before the field is planted.

Trials have shown there is little difference between application methods in PCN suppression or yield protection, so the option is there to use as best suits your system.