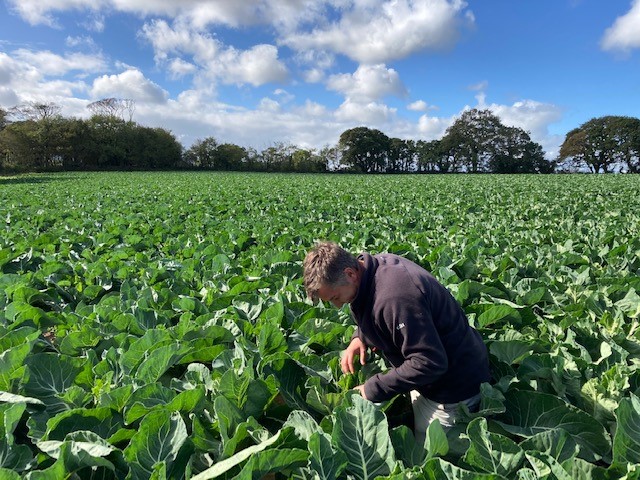 With few viable alternatives available for the rotation, many growers have decided to give oilseed rape another go and see if it survived, and it is perhaps only 10% down in the region. Those crops which were drilled early are looking strong, with some reaching 6-7 true leaves by late September.

Wheat drilling began in September for some growers, especially those on heavier soils to insure themselves against similar weather issues as last autumn. But most with problem grassweeds have been holding their nerve so far.

1. Look after oilseed rape crops off to a decent start

If you’ve been successful getting crops established and away from cabbage stem flea beetle adult attack then keep it going and look after it as it will be valuable with a crushing capacity of around 2m tonnes available.

Disease, especially Phoma, is starting to show in some crops already so think about what disease protection you might need this autumn. Bayer’s SpotCheck service, where you can send samples off to ADAS for free checking of what diseases are present is helpful to potentially find any subclinical levels of disease, as well as confirm what you might already be seeing.

There’s likely to be little appetite for two sprays in the autumn given the risk still there from larval attack. Where crops are big and strong enough they won’t need the Phoma control for a while, unless we get a lot of rainfall, which might allow growers to wait until closer the November timing for light leaf spot control. It is better to protect crops prophylactically against light leaf spot in the autumn than wait for a weather window in early spring when it can be established.

Proline (prothioconazole) at 0.46 L/ha has the advantage of controlling both Phoma and light leaf spot.

Most growers have held their nerve, but where they have drilled earlier on heavier clays with grassweed challenges you’re likely to end up needing to spend more on herbicides rather than using the cultural methods, which would also reduce costs.

Bayer has launched two new active ingredients this autumn. Proclus (aclonifen) is a great fit technically to use with Liberator (flufenacet + diflufenican) for difficult black-grass and in our trials has given a 10-15% lift in control. That mix will also help against bromes, which is another problem weed in this region.

The co-formulated metribuzin products Alternator MET (flufenacet + diflufenican + metribuzin) and Octavian MET (flufenacet + diflufenican + metribuzin) could be an option as a follow up to pre-emergence treatments for grassweeds, or for mixed arable and livestock farms in the south, who tend to want to go post-emergence for annual meadowgrass and broadleaved weeds with a contractor. But I would urge growers, if they can, to go pre-emergence in that situation as control is likely to be better.

The MET products can also be used in barley, unlike Proclus, and are better at GS 11-12 against annual meadowgrass than Liberator as the metribuzin gives a little bit of contact activity.

3. Use alerts and follow IPM guidance for BYDV control

In some autumns the aphids that transmit barley yellow dwarf virus might not stop flying as it can be so mild, especially in the coastal regions. Without Deter (clothianidin) growers hopefully have been thinking about their drilling date to cut risk and avoid first flights.

While we only have Starcross near Exeter for the Rothamsted Research suction traps to alert you to what species are flying and whether they are carrying virus, it is worth using that and the AHDB T-Sum calculator to monitor risk, as well as walking fields.

Decisions about spraying pyrethroids are difficult, with resistance and impact on beneficials to be taken into account, but I suspect most growers will spray 1-2 aphicides this season.

In the future hopefully more varieties of both wheat and barley will have resistance to BYDV to help. There are a couple of resistant varieties available, but pick up so far has been relatively low. The barleys, KWS Amistar and Rafaela are 6-rows, and the specific weights are low which puts people off when they are feeding to animals or means the varieties are not suitable for the malting market.

4. Movento and FLiPPER could be options for mealy cabbage aphid in cauliflowers

There’s a big vegetable market in the area, but growers have been struggling to control mealy cabbage aphid in cauliflowers after the loss of Biscaya (thiacloprid). Movento (spirotetramat) and the biological insecticide FLiPPER are options but it can be difficult to hit the target as the aphid colonies are under the leaf, and there are lots of cabbage white butterflies about.

Downy mildew is also proving a challenge in some of the bigger more forward crops. One option is Infinito (propamocarb + flupicolide) under an EAMU. 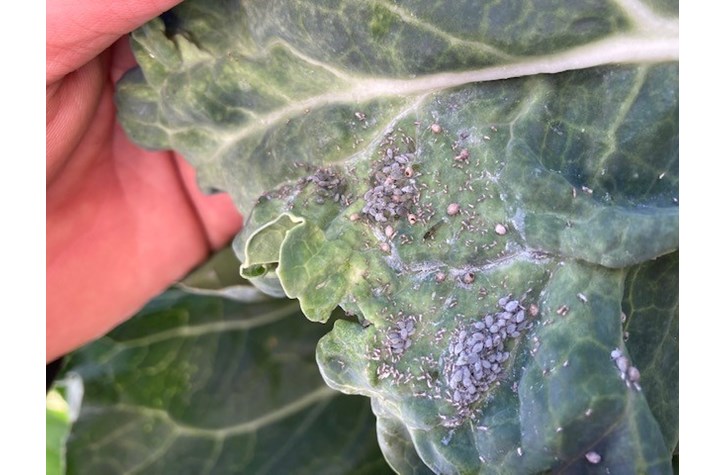 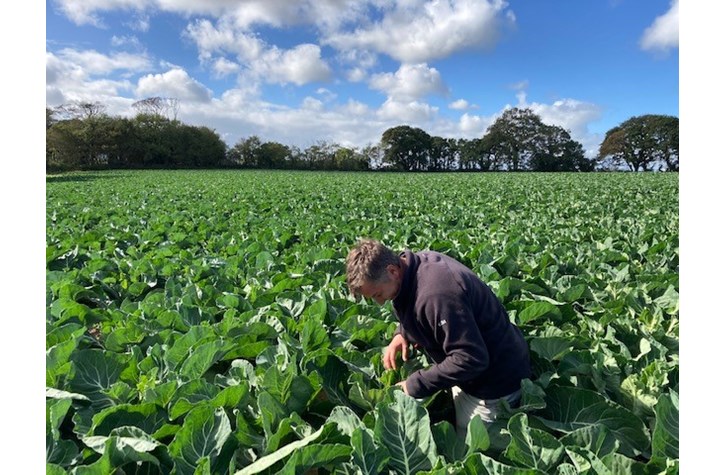