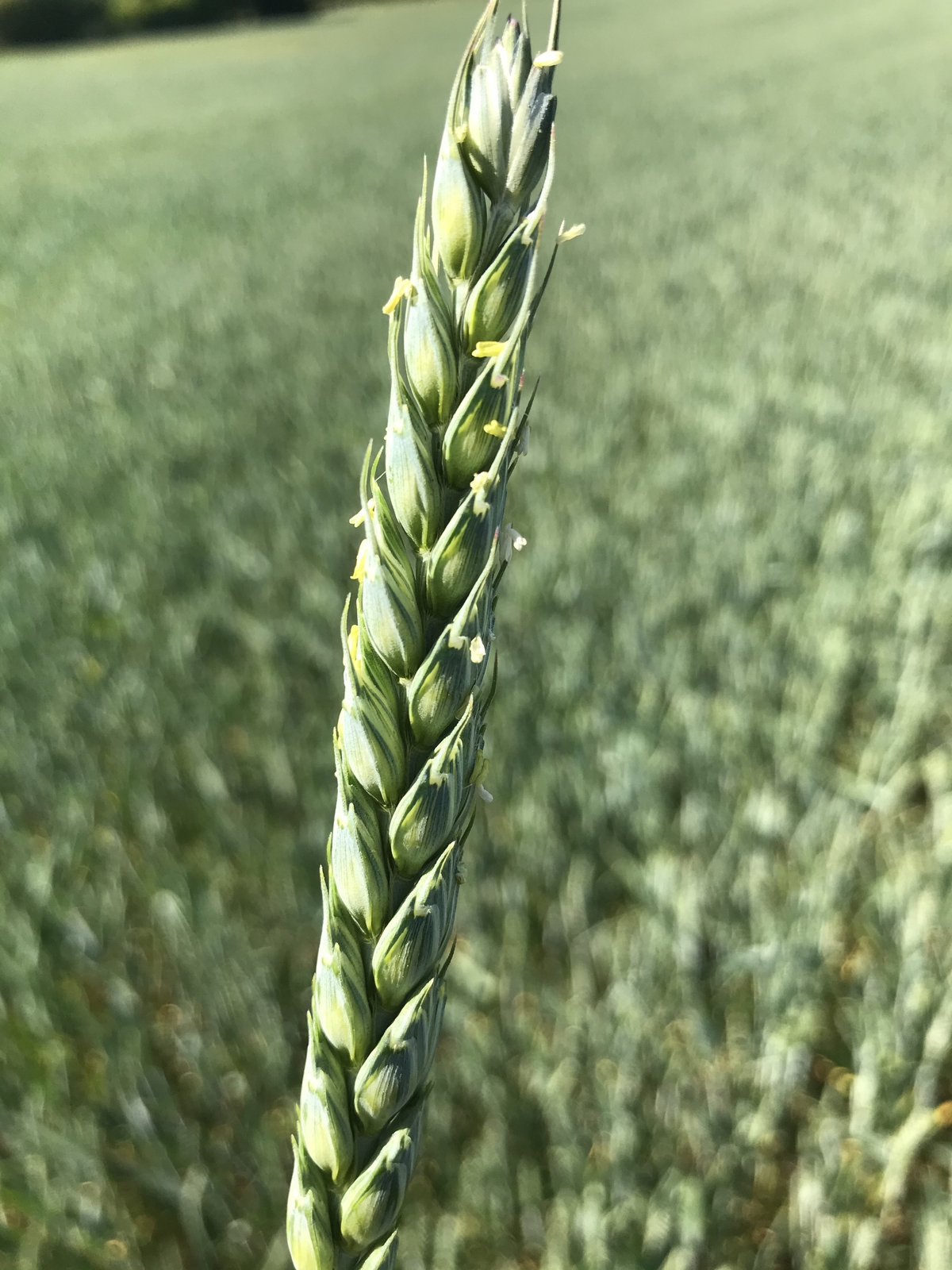 We’ve only about 10mm of rain in many parts of southern Scotland since March, we desperately need some rain. There is now a noticeable difference between wheat drilled in September, which put some good roots down before the winter deluge started, and those drilled in October or later. The earlier drilled ones are clinging on better, while the later ones are beginning to struggle.

The weather has also been warmer than usual for Scotland as well as more sunny, with temperatures into the low 20s in May. That said, crops are not dying off yet, and there are still some with real potential, although it has been a challenging season for everyone.

1. Ear sprays in wheat might be earlier than usual for Scotland

Wheat crops have been flying through growth stages thanks to those warned temperatures, with some ears out in late May, which is unusual. Normally we would expect T3 ear sprays to be applied the week before the (sadly cancelled) Highland Show (20-23 June), but this year it could be earlier.

Most wheat crops in Scotland will still justify a T3 spray, particularly if the forecast change in weather does come to pass. If ear diseases, such as Fusarium, become the primary concern with wet weather around flowering, then aim to apply around GS63-65 when the anthers are just emerging in the middle of the ear.

In some crops where flag leaf sprays were cut back because of the dry weather, wetter weather could mean crops need extra foliar disease control activity. In both cases, Proline (prothioconazole) at 0.55 L/ha is a good option, as it is the strongest azole on Fusarium and only active with activity against Microdochium, plus will help control any Septoria splashed up the plant.

Usually there isn’t much brown rust risk in Scotland, but with the warmer weather it could be a factor – the addition of tebuconazole or a strob will take it out if needed.

Given the difficult year it is understandable growers will be cautious about how much to spend at this timing, but with November futures for wheat at around £175/t and seemingly rising, it is also worth protecting crops.

2. Monitor or Hutton Periods for blight in potatoes

In potatoes there is a marked difference between crops that are being irrigated and those that are not – the former are already meeting between rows, while the latter in some cases are only just emerging as we enter June.

Irrigated crops are likely to have higher blight pressure than non-irrigated at the moment, but for all crops it is worth keeping an eye on tools like BlightWatch for when Hutton Criteria might be reached signalling conditions conducive for blight infection.

With more aggressive strains of blight common, the best practice advice for planning blight programmes applies, so, for example, keep regular intervals between sprays and use different modes of action to keep blight out of the crop as much as possible.

Our product Infinito (propamocarb + fluopicolide) fits right across the programme, as it is strong on both foliar and tuber blight, but with options for the latter more limited, it is towards the end of the programme when most decide to place it.

3. Keep an eye out for grassweeds in cereals

As black-grass spreads more into south Scotland, this is the time to monitor for both it and other grassweeds, such as the bromes. If you’re finding black-grass then it is worth considering whether you can hand-rogue it to prevent seed return – a typical black-grass head can have over 100 seeds/head – to help minimise the chances of it getting out of control.

If populations are already higher than can be rogued, then spraying it off with Roundup (glyphosate) should be considered, even if that is a difficult decision to take at this late stage, and even more so in a season such as this where wheat harvested will be valuable.

Sterile brome, and other brome species such as rye and meadow brome are also being reported in crops. It’s important to identify it correctly as your cultivation strategy post-harvest will differ depending on species.

4. Late is better for OSR desiccation with Roundup

There can be a desire to desiccate oilseed rape to avoid a clash with wheat harvest, but it is better not to be early as this can lead to lower yields by cutting off grain fill, lower oil contents and higher numbers of red seeds, which can be a rejection issue.

So timing matters if you’re desiccating oilseed rape crops, and it needs careful assessment. Select an area of the crop which is representative of the field, and an area of the canopy typical of the maturity of the majority of the crop – it could be pods from middle of the main raceme or the side branches depending on the canopy. Pick 20 pods and look for at least two-thirds of the seeds to have turned brown in at least 15 of the pods. Repeat this in other areas of the field, and if the same applies then spray within 4 days, unless the weather is very cool, when the window can be extended to 7 days.

There is a statutory harvest interval of 14 days, but desiccation can take up to 21 days before harvesting, and you shouldn’t apply Roundup (glyphosate) to crops destined for use as seed.