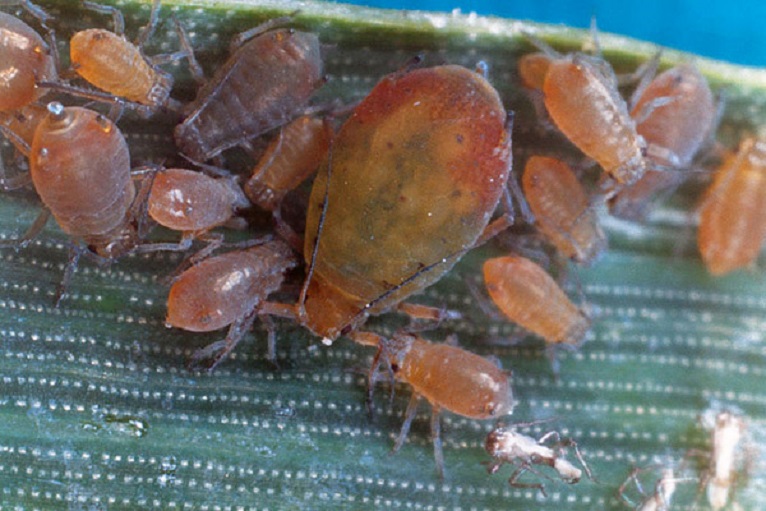 This species can transmit the virulent strain of BYDV, which causes stunting, discolouration and death of cereal plants and grasses. The virus is introduced into early emerging autumn cereal crops by aphids moving from nearby infected grasses or volunteers. As colonies build-up and spread, the virus is passed to neighbouring plants until whole patches of crops are affected and foci of infections of typically discoloured and stunted plants appear from mid-winter onwards.

The bird-cherry aphid lays its eggs in the crevices of the bark of the bird-cherry tree and in mild winters is known to survive overwinter on volunteer cereals and grasses. Early drilled autumn cereals are most at risk of infection. Aphid movement to neighbouring plants, and the production of wingless young result in the much more damaging secondary spread of BYDV.

Coastal areas of the south, south east and south west are habitually at high risk from BYDV, but in a mild autumn/early winter, almost any part of the UK cereal growing area can suffer damaging infections. In trials yield losses to BYDV have been recorded at 30 % in wheat and 75 % in barley.

None established. Treatment is determined by presence or absence of aphids. Crops grown in high risk areas can be protected by the use of seed treatments which can protect crops for periods of up to 12 weeks in the autumn. Pyrethoid insecticides can also be routinely applied where necessary.