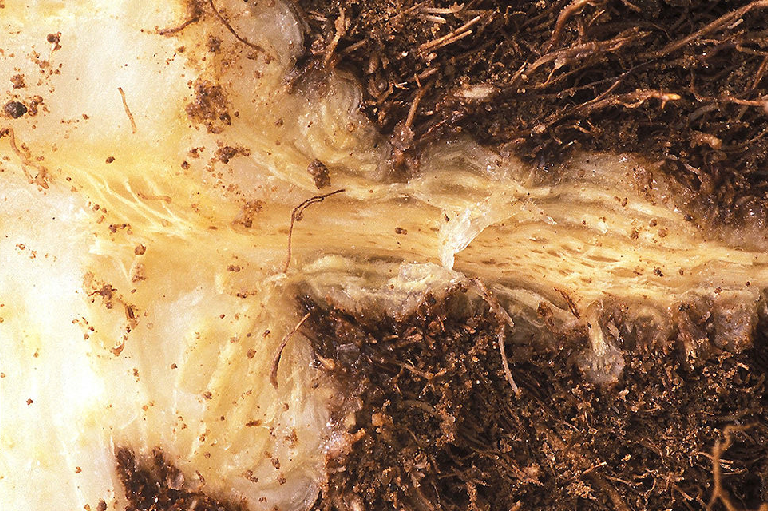 Excessive lateral rootlet growth (bearding) on the main tap root and browning of the vascular tissue at the root tip. Foliar symptoms appear as pale green and erect leaves in patches within the crop and these also visibly wilt when under high soil moisture deficit especially where soil is poorly drained or compacted.

The causal virus is transmitted by the soil-borne fungus Polymyxa betae. The disease is spread by movement of soil containing the infected vector.

Excessive rain or irrigation, humid soil conditions and poor soil structure. It can persist in the soil within the fungal resting spores for many years.

First identified in Northern Italy in 1952 and was not recognised in the UK until 1987 but strict soil hygiene restrictions prevented its spread for many years which allowed breeders sufficient time to develop resistant varieties. Rhizomania is now widespread in the UK. Can reduce sugar yields by as much as 50 - 60%.

Find out more information on the key disease threats to your sugar beet crop. For each disease you will find out the importance of the disease in terms of potential yield penalty, how to identify the disease in its early stages and our advice on the best control strategies.