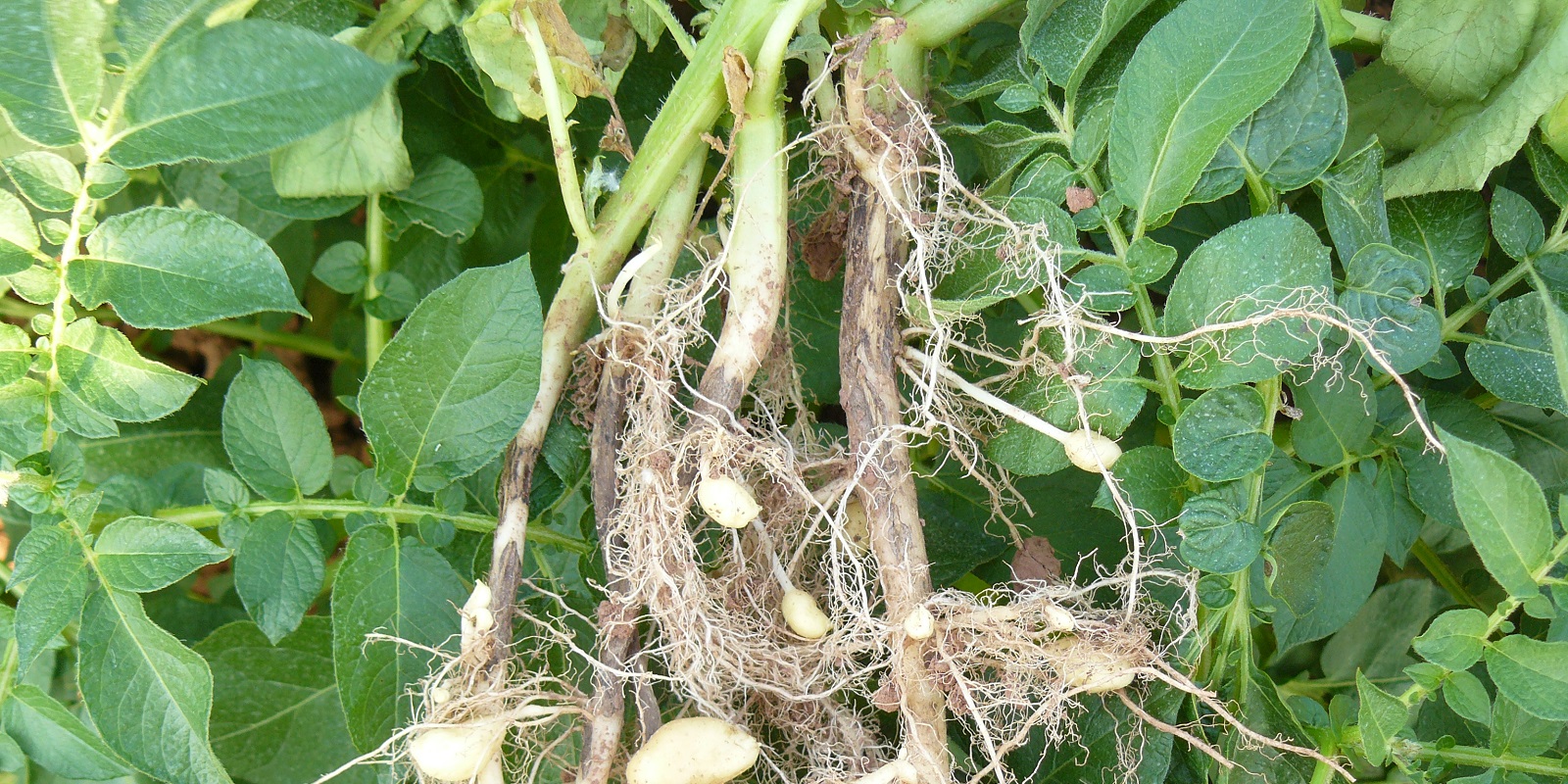 Sprout tips are blackened and numerous side sprouts are produced, but few shoots will emerge after severe infestation. Stems and roots have brown cankers and leaves may wilt. A white collar may also develop on the stem just above soil level.

The seed and soil-borne fungus initially attacks developing sprouts. Continued attack after emergence results in the development of stem cankers, which interfere with water uptake and cause wilting. The disease also develops on tubers as black scurf.

Present in all potato growing areas in the UK. Widespread yield losses, especially in first earlies. Rhizoctonia is comprised of a range of distinct anastomosis groups (AG`s) which are genetically diverse and have differing characteristics with regard to host range, survival and fungicide sensitivity. These can be identified by soil testing prior to planting.