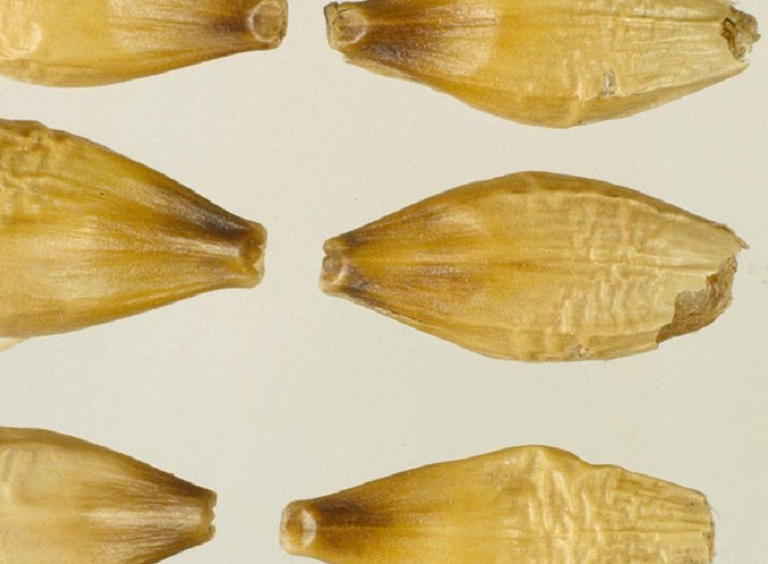 Very similar to black mould with superficial mould developing on the ear. With Alternaria spp this may lead to a black stain on the grain, a symptom called blackpoint.

The effect on yield is not dramatic but quality is substantially reduced with a shrivelled, dull and dirty sample. Germination, importance for seed crops or brewing grains will be impaired. If the infected grain is not dried properly, hot spots can be formed in the grain stores reducing quality even further. Generally only a problem in stored grain but the inoculum arises from grain which is infected during ear ripening.