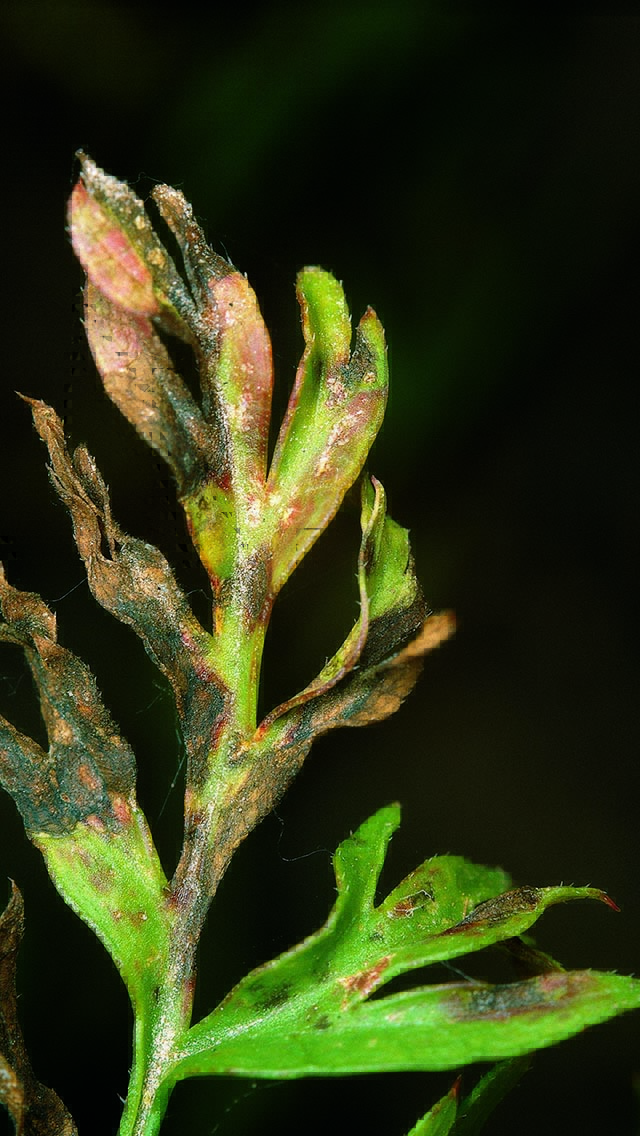 Initially visible as dark brown lesions on the individual leaflets and petioles and these lesions can be surrounded by a yellow halo. The first infections are often found on the leaflet edges of older carrot leaves. Under favourable conditions these can coalesce to shrivel and blacken whole leaves or aerial parts of plants to give a `blighted` appearance (as the name suggests). Like Cercospora, this fungus does not invade the carrot roots.

Does not invade plant roots. Weakened foliage can impair healthy root development as well as causing mechanical harvesting difficulties especially where disease pressure is severe. Can also be found on parsley.