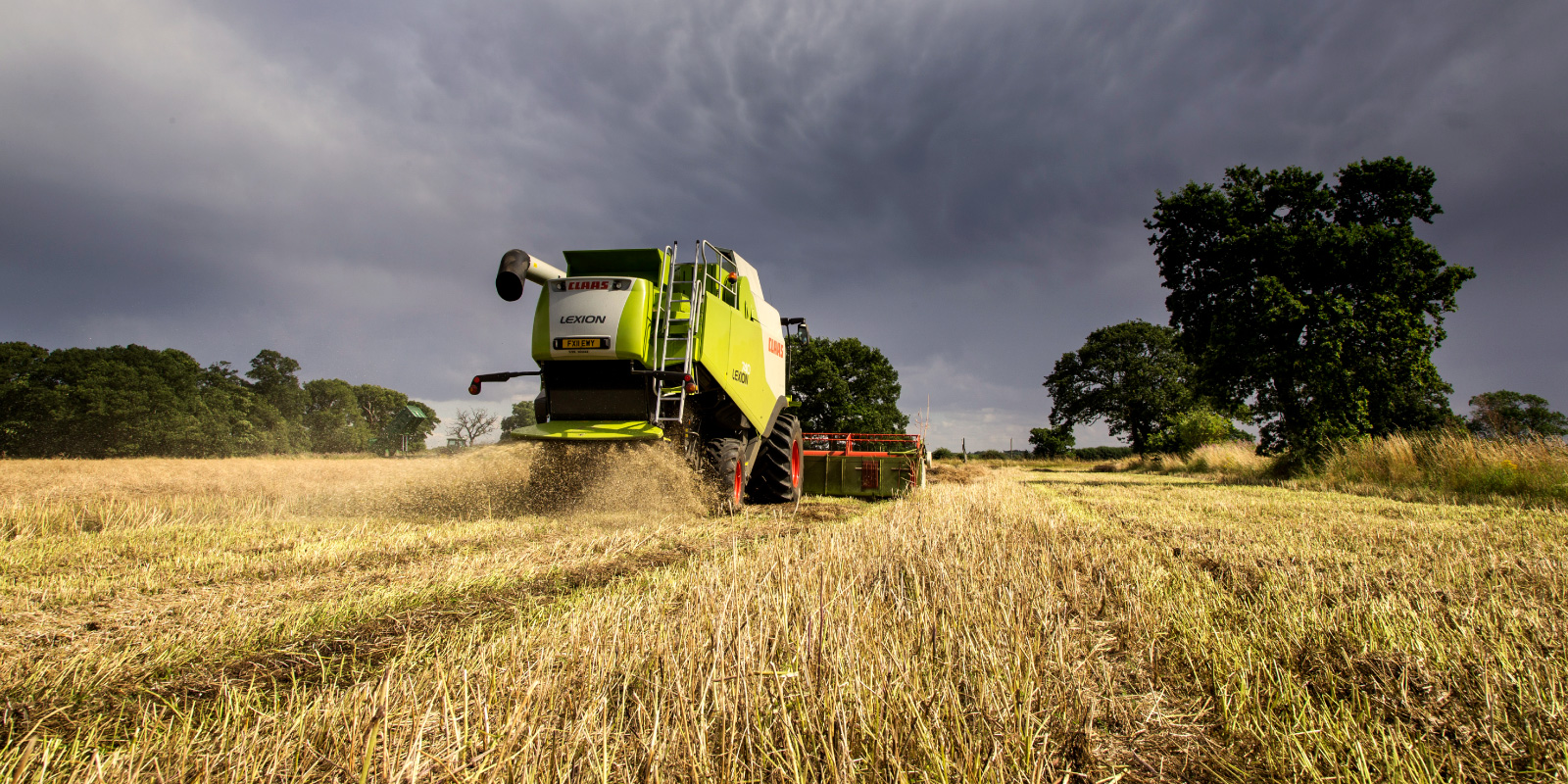 Combines started rolling in winter barley in mid-July and with the hot weather crops were senescing quickly. That includes both winter wheat and spring barley on both light and heavier land, which means harvest could come both early and all together.

August is the key month for establishing oilseed rape, which will need to be in the ground by the end of the month. My current big concern (in-July) is the lack of moisture, so while it would be nice to get seed in as winter barley comes off, growers should by wary of it going into a dry seedbed. I would be waiting for moisture before drilling.

Harvest is earlier than normal for Scotland so there is time to wait and check forecasts for rain, and by the time you read this it might well have changed. But it is shaping up to be perhaps a tricky sowing period.

Further north in Scotland, clubroot is more of a risk. It’s too late for this season, but it is worth getting ground tested if you’re not sure of the risk. Varieties such as DK Platinium and DK Plastic with their clubroot resistance are good choices if it is present. If you choose DK Platinium be aware its light leaf spot and Phoma resistance are only moderate, although it can be dealt with using fungicides.

In the absence of clubroot, DK Exstar is a good all-rounder, while Clearfield varieties can be used where you have problems with weeds such as charlock, Shepherd’s purse or a lot of volunteer oilseed rape.

All Dekalb varieties are included in the Dekalb Establishment Scheme this season. To be eligible growers need to purchase seed from a participating supplier, sow the crop before 20 September, and register by 30 September. Any crop failure claims need to be made by 31 October, and when validated, a credit of £100/bag of seed will be made through the seed supplier.

Think about how you can reduce spreading potential weed burdens in next season’s crops at harvest. Map patches of bromes, wild oats, rat’s tail fescue and other troublesome grass weeds before harvest, and use that to help focus attention on these areas for stubble management.

During harvest focus on not spreading weeds to new areas. Be wary if you have contractors coming onto farm, and make sure they are cleaning down machinery before they enter fields.

If you have a heavily infested headland with brome, for example, consider chopping straw rather than baling it where, if you’re using it on farm for livestock or bedding down carrots or parsnips, you could spread the brome to new areas.

Post-harvest running a stubble rake or shallow cultivator over stubbles can help encourage germination of grass weeds, depending on which species is present and whether it likes being buried or exposed to light before germination. If you’ve mapped areas it potentially means you don’t need to spray off the whole field – just target those areas with problems.

Blight pressure into mid-July was low in Scotland, with hot and dry weather not favouring it. Where fields have been irrigated the pressure would be higher, of course, because of the increased humidity.

That doesn’t mean taking the foot off the pedal with blight sprays – typically on seven day intervals, as we all know once it takes hold it is difficult to stop, and crops will likely have been stressed by the hot weather in July.

In August towards the end of the programme, tuber blight, as well as foliar blight, is a concern, which is where Infinito (fluopicolide + propamocarb) fits well with activity against both forms.

Watch out for early senescence of crops this season, particularly where difficult decisions about irrigation priorities have had to be made. That might mean tuber blight sprays might need to be earlier than usual.

Our digital platform Climate FieldView is invaluable during harvest for tracking both how harvest is progressing in real-time – very helpful where farm managers are managing multiple combines for example – and field performance.

Real-time yield data can be used to improve decision-making, allowing judgements to be made about variety performance or the results of an on-farm trial, or help pinpoint fields, or areas of field with poor performance which need investigating or different management tactics.

For those with older combines without yield mapping capabilities, Climate has produced a yield kit which can be retrofitted to any make, model or age of combine to allow real-time tracking of yield and moisture content data through FieldView.

If you’re going to home-save seed, it is always worth getting that seed tested to understand levels of seed-borne diseases and whether they need treating.

SASA in Edinburgh provide a good service for this. There are different tolerances for diseases such as loose smut, seed-borne net blotch, leaf stripe, Microdochium and bunts, but if it needs treating with a seed treatment such as Redigo Pro (tebuconazole + prothioconazole) or Raxil Star (prothioconazole + tebuconazole + fluopyram) make sure whoever is doing the treating is using a properly calibrated machine.