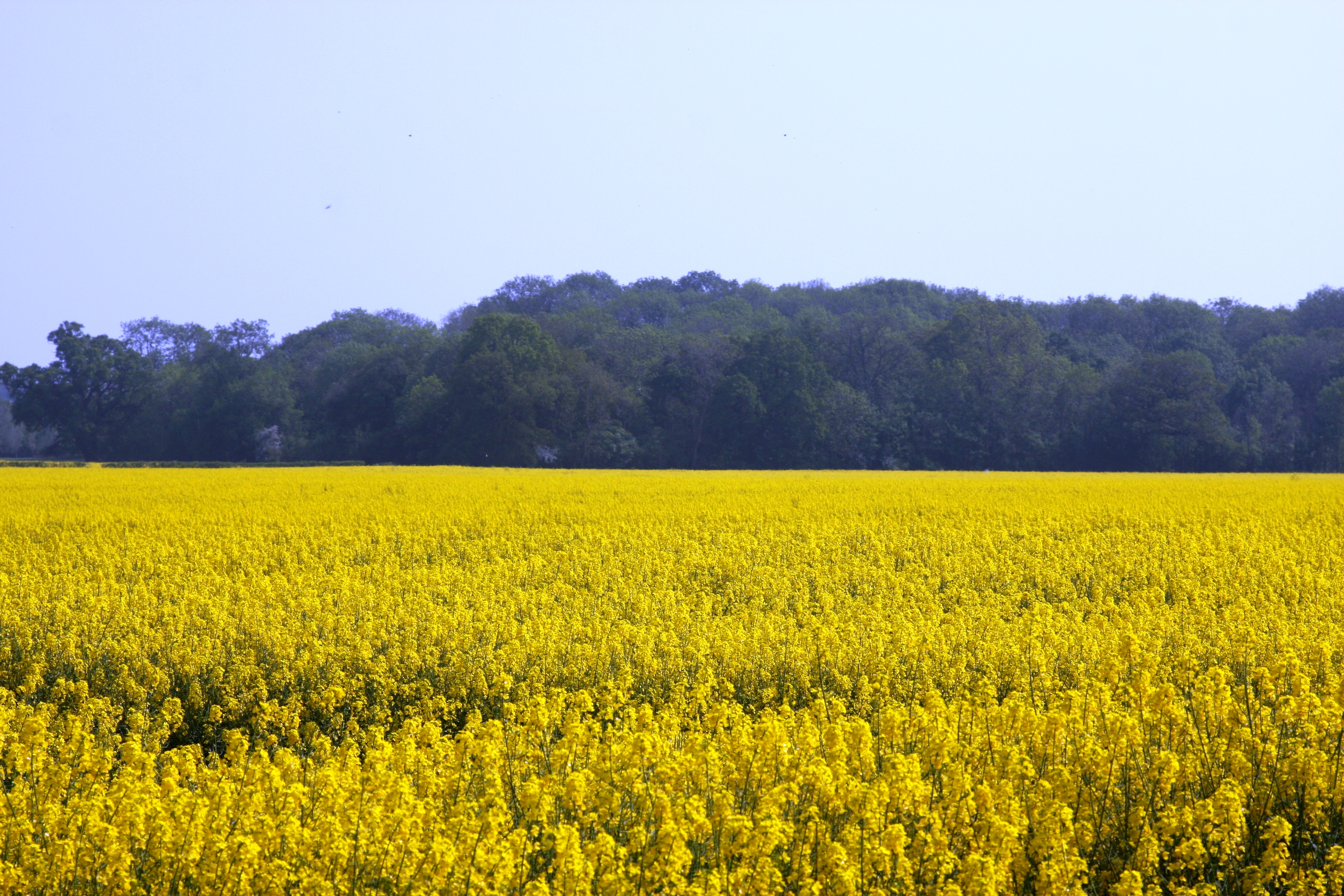 Robust trialling of emerging new varieties at scale alongside current favourites and involvement in the ADAS YEN network are important parts of the extra layer of care going into McGregor Farms’ consistently high-yielding and award-winning oilseed rape recipe on the Scottish Borders near Coldstream.

This season, arable manager, David Fuller and his team are looking at four promising Dekalb hybrids side-by-side with three of their farm favourites in 0.4ha strips as part of the 720ha of winter OSR they grow each year in their 3450ha arable business spread across 15 Tweed valley units.

Mostly undulating medium sandy clay loams surrounded by hills and varying from 70-190m above sea level, the land is capable of consistently high OSR outputs. Five- year average yields are currently 4.84t/ha and, at 6.2t/ha, the 2021 Oilseed YEN crop of DK Expansion earned the business a silver award for its performance.

David, who has entered an OSR crop in the YEN since 2019, finds its annual report valuable in giving a detailed breakdown of how the crop performed, benchmarked against all the other entrants, and identifying the most important success factors.

Alongside this, the detailed intelligence the Bayer strip trials give on individual variety vigour, speed of development before winter, earliness and speed of spring regrowth, flowering, maturity and yield show which varieties are best suited to their system.

“The strip trials really help us to compare our variety options side-by-side under our own conditions. This year we’re comparing DK Exposé, DK Excited, DK Expectation and DK Extremus with the DK Expansion, DK Exsteel and DK Exstar we already grow.

“Our OSR area stays roughly the same every year, and we only grow hybrids because of the traits they come with. Pod-shatter resistance is particularly important here. August is our wettest month, and wet-to-dry conditions can make the crop go brittle.

“Where a variety doesn’t have shatter resistance, we invariably see a lot of losses and plenty of volunteers in the following stubble. Often at harvest we have to break-off OSR to get started on the wheat and need to know the seed will still be in the pods when we return to it.

“Although phoma is rarely a problem for us, the Rlm7 gene supported by polygenic stem canker resistance means we don’t have to worry about it or spray to protect against the disease. Turnip yellows virus resistance (TuYV) is another yield-protecting trait now delivering extra peace of mind.

“With brassicas historically grown quite widely for livestock in our area, we grow clubroot tolerant varieties on any land we know to be infected,” he adds.

As well as their Dekalb favourites, McGregor Farms currently have a substantial area of  Aurelia in the ground, together with Crocodile on clubroot land.

Growth characteristics particularly influence David Fuller’s variety choice. He emphasises that, with yield so dependent on establishment, an even plant stand is crucial.

“Three quarters of our crop is goes in after winter wheat which certainly doesn’t come to harvest early here,” he says. “So, first and foremost, we want good autumn vigour and the ability to grow away strongly from any establishment challenges.

“Coming into the spring, we look for varieties with a steady spring growth that won’t come into flower too early. We don’t favour early flowering as we want to avoid any risk from the sort of late frosts we had last year. Even though the damage they caused didn’t show in our yields, it’s a worry we can do without.

“We take comfort in a long flowering period, and are happy for our crops to take their time coming to harvest. So long as they don’t push us unnervingly late, that is!”

With the genetics set, the management at McGregor Farms is designed to make the most of it. Two 7m Simba SL 700s are used to establish the crop into cereal stubbles in a single-pass system. The legs are generally set at a depth of 250mm with starter fertiliser dribbled behind the second set of discs in line with the legs. The seed then goes in at a row spacing of 450mm – again in line with the legs – behind the double D ring presses, with a light harrow to cover it and an Aqueel roller to finish the job.

“We aim to drill all 700ha in a week, starting after 20 August and finishing by 1 September – that’s our critical window,” says David. “Because good establishment is so crucial, we concentrate on getting the crop into the right soil conditions and achieving the right plant population with even spacing and germination. We want 25 plants/m² coming into the spring to give plenty of room for branching and canopy development, so we generally sow at 35-40 seeds/m².

“We like the Aqueel roller because it runs in the wet as well as holding critical seedbed moisture when it’s dry. If conditions are particularly dry, though, we’ll follow-up with a set of Cambridge rolls for even better moisture preservation and seed-to-soil contact.”

A pre-emergence herbicide still delivers the most reliable broadleaf-weed control, so a combination quinmerac and metazachlor are applied soon after drilling. While the team haven’t historically found grassweeds an issue in OSR, propyzamide is now employed to deal with increasingly problematic brome and rat’s tail fescue.

The starter fertiliser puts 19kgN/ha with 27kg/ha of P near the seed where it will do most good. Because the ground is often short of magnesium, this is routinely applied through the sprayer in the autumn alongside boron. Around stem extension, the crop also gets foliar manganese and molybdenum with extra magnesium and boron.

An N-Sensor on its ‘absolute’ setting tailors nitrogen rate to crop growth in spring. This results in around 200kgN/ha applied in two splits as liquid 30%N with 9.5% SO₃ – the first going on towards the end of February with a slightly larger dose a month later.

Light leaf spot is our main disease concern, so we start our fungicide programme with prothioconazole as late in the autumn as we can travel,” notes David Fuller.  “A combination of tebuconazole and azoxystrobin at yellow-bud in mid-March also helps to shape the canopy. Then, we go in again about three weeks later with a boscalid-based flowering spray to take care of sclerotinia.

“Aviator (bixafen+prothioconazole) has worked well in our recent trialling with FieldView recording, so this is an approach we may well be using more of in the future.”.

Just as he sees even establishment and early season management are critical to success for OSR, David Fuller believes the way the crop is treated towards the end of the season must not be ignored.

“We find all the attention we pay to getting the canopy right makes a huge difference,” he insists. “Having got it there we want to make the most of the sunlight during June and July, so try to keep it going for as long as possible. The stay-green value of an SDHI   at flowering helps here, and we hold-off our glyphosate desiccation until as long as we dare. Which is another good reason for pod-shatter resistance hybrids.

“When you set up a crop with the genetics that fit the system you’re looking to follow, monitor it closely and give it the attention it deserves, that’s when a good average OSR crop becomes a real winner, concludes David Fuller.

“With rapeseed set to deliver as a good £800/t for us this harvest we have no doubt it’s worth putting time and effort into getting every extra seed you can tease out of it.”