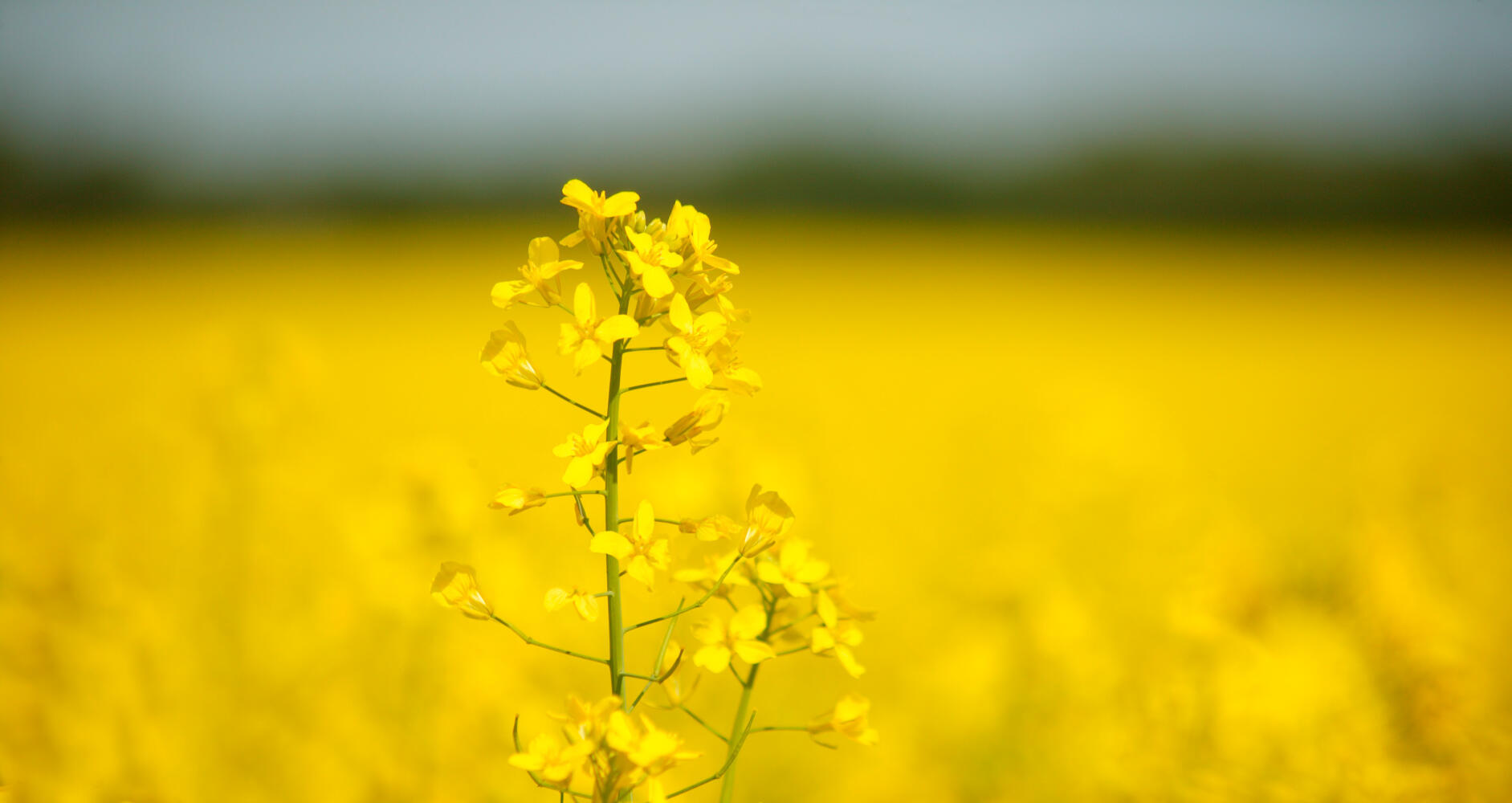 Buoyed by the best crop survival and condition for at least three years as well as the highest rapeseed prices in living memory, British winter OSR plantings are set to grow by nearly 17% this autumn, reveals Bayer’s annual DEKALB benchmarking study.

Involving more than 250 crops from over 170 growers well spread across the main rapeseed areas of the country, the latest study in a three-year series conducted at flowering showed a modern-day record of 92% of crops drilled being taken to harvest this season.

The level of cabbage stem flea beetle pressure reported at establishment was noticeably less than the previous autumn, with 90% of growers seeing a less than substantial challenge from the pest and half virtually no challenge at all.  Even so, crop establishment averaging 7.4 on a 0-10 scale was slightly down on the 7.9 of 2020/21.

“This seems to have been more than offset in crop survival terms by much more favourable winter growing conditions and lower average levels of CSFB larval damage,” observes study coordinator, Richard Williams.

“Not only that, but the overall April condition of the crop appears to have been markedly better than last season too. Based upon it, almost two thirds of growers expect their harvest performance to be better than 2021, more than half of these anticipating much higher yields.

“Despite the notorious unreliability of early season OSR yield estimates, this level of expectation speaks volumes for the relative condition in which this season’s crop went into flowering.”

Unsurprisingly with this experience and rapeseed prices set to stay well above historic levels for the foreseeable future, more than half the growers involved in the DEKALB study intend to increase their OSR plantings this coming autumn while only around a quarter plan to reduce their OSR area.

What is more, this change is made-up of an average 31ha expansion by those planning to increase plantings and an average 20ha contraction by those intending to reduce them. So, a total of more than 14,250ha of OSR are planning for planting this autumn against the 12,250ha currently being grown – a year on year increase of 16.6% (Figure 1). 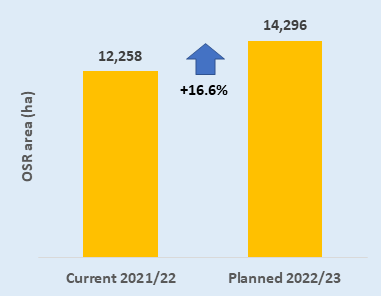 “It may be only a small proportion of the national OSR area, but our study has a good geographical spread of growers and crops ranging from less than 10ha to more than 200ha with an average of 70ha, so it should be decently representative of the national position,” Mr Williams points out.

“Our analyses show the bulk of growers in every region are planning to increase their plantings, with a noticeably greater expansion among those in the West Midlands & Wales and the South.  This clearly reflects their more positive assessment of this season’s crop condition.

“Also reflecting the better condition of their crops this year, the earliest drillers are noticeably more positive in their new crop planting intentions than the average while those sowing the bulk of their current crop in mid-August are less so,” he adds. “This suggests the marked trend we have seen to earlier drilling in our three years of studies is set to continue.”

The results suggest the same is likely to be the case for the swing from conventional pure line varieties to hybrid-growing.  Those growing mainstream ‘double low’ hybrids are indeed, planning a net increase of just over 1400ha (17ha/grower on average) this autumn against the 400ha or so (7ha/farm) planned by pure line growers.

“This cannot be disconnected from the fact that growers rate vigorous, fast-developing hybrid varieties as one of the 10 most widely-used and most effective techniques for reducing their OSR growing risk,” points out Mr Williams. “Nor that hybrids scored better for their establishment, CSFB larval damage, survival to harvest and anticipated crop performance than pure lines this season.

“It is hardly surprisingly, therefore, that this year’s study shows a marked increase in growers’ preference for hybrids (Figure 2).

“While the main place for hybrids has traditionally been in the later drilling slots and they continue to dominate here, it is interesting to see that just over half the mainstream ‘double low’ crops sown up to August 20 this season were hybrids.

“Armed with the most resilient varieties, the experience of several seasons managing cabbage stem flea beetle and November 2023 futures prices remaining well over the £500/t mark, there is every reason for winter OSR optimism for the coming year despite current input cost inflation,” he concludes. “It is good to see this reflected so strongly in planting intentions for what has long been recognised as one of the best all-round cereal breaks in the business.”