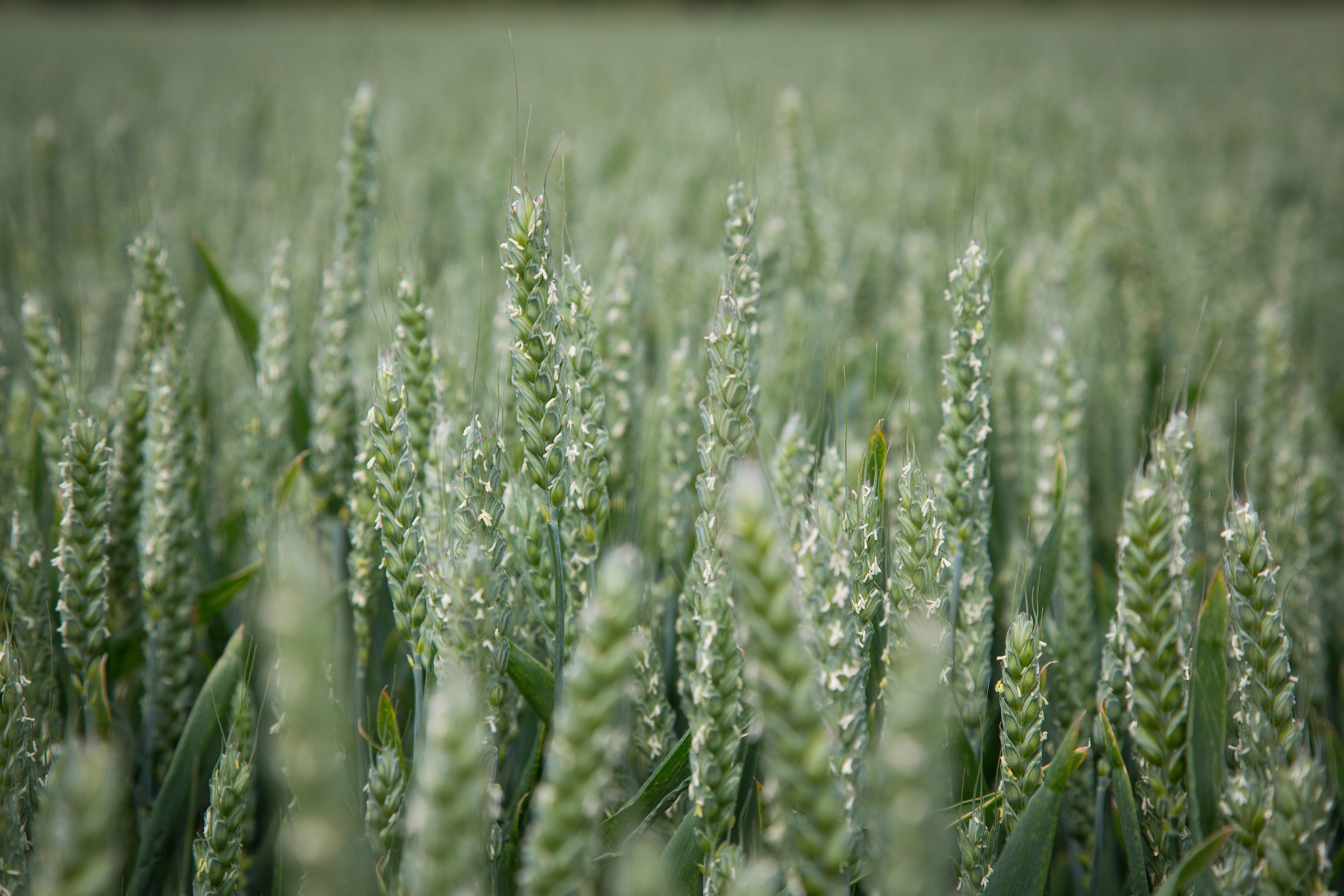 April was mostly dry and cold for the first half, and not much rain is forecast for the second half as this is written. Despite the weather earlier drilled wheat crops still have lots of potential, particularly where they were drilled 7-10 days earlier this season.

It’s noticeable these crops have better stands and tiller numbers. Final leaf three is emerging and I expect T1s to have been applied around St George’s Day (April 23).

Later drilled crops, particularly where black-grass was an issue, are more backward and leaf four was only half way out around 20 April, so T1s were still a little way off, and might creep into early May.

Oilseed rape looks on the whole positive. The earlier drilling has meant thicker stems in plants which have been able to deal with cabbage stem flea beetle larvae better. Some of the later drilled crops with thinner stems are starting to show some signs of damage.

Most flowering sprays should have been applied in the last two weeks of April. If flowering is prolonged and depending on weather, there might need to be a second follow up spray three weeks after the initial spray.

Winter barley crops also look decent, although the dry weather has brought stress to secondary tillers which are lagging behind, while main tillers are racing forward. Disease pressure in April was low apart from areas where brown rust has been an issue.

Richard’s agronomy tips for May

While it has been dry in April there is quite a lot of Septoria at the base of crops, and even higher up in more forward susceptible varieties, such as KWS Zyatt. So if we do receive some rain the threat of Septoria splashing up the crop is still very much there.

In more resistant varieties, such as KWS Extase there is noticeably less Septoria, and that also goes for later drillings.

The risk from Septoria for flag leaf sprays will obviously depend to a large extent on the weather and how much rain we get between T1 applications and flag leaf sprays, as well as what happens after.

If it remains dry, I would suggest 1.0 L/ha of Ascra (bixafen + fluopyram + prothioconazole) as the flag leaf spray (T2) because the SDHI component will help retain tiller numbers, keep the crop green and improve on grain numbers in a low disease pressure year.

With dry weather the threat of rust remains, and careful monitoring of the crop to see if any active rust, especially yellow rust, is present before applying T2s. If yellow rust is present, then you might need to use 1.2 L/ha of Ascra to protect crops. In our field trials last season we saw Ascra give full control in the highly susceptible varieties, such as Dunston.

If we have rain before or around T2, especially in earlier drilled crops, there is still the potential for the Septoria currently at the base of the crop to splash up. Depending on your cultivar Septoria resistance rating, again 1.0 – 1.2 L/ha of Ascra is likely to be required.

If the weather turns into an Indian monsoon, as unlikely as that seems, or if you’ve applied a less robust T1 and rain has come in and moved the Septoria up the crop you may find yourself in an eradicant situation. In that case, a full dose of Ascra at 1.5 L/ha maybe required, but in all likelihood we would need two weeks of non-stop rain to justify that dose.

One potential way of understanding risk and whether Septoria has moved up the canopy on to leaf 2 at the flag leaf spray is to use our new rapid latent disease testing service. This will help you determine whether you are in a protectant or eradicant scenario, to help inform what rates are required at T2.

Currently winter barley has low disease pressure from Rhynchosporium and net blotch. However, with the threat of Ramularia the best course of action without chlorothalonil this season is to keep them green and clean.

Ramularia is triggered by periods of stress and leaf wetness, so to protect against this, using 0.4 – 0.5 L/ha of Siltra (bixafen + prothioconazole) will help promote leaf greening as well as controlling the key diseases of Rhynchosporium, net blotch and brown rust. Fandango (fluoxastrobin + prothioconazole) at 0.75 L/ha is an alternative option.

As shown by the AHDB fungicide performance curves Siltra also gives additional control of Ramularia, but due to resistance build up against SDHIs and azoles it won’t give full control. The addition of folpet has shown some benefits against Ramularia, although more research is required to confirm this, and so far the results have shown it is not as good as chlorothalonil. That said, it could be a useful addition at T2 in barley.

4. Decide on one or two spray strategy for disease control in spring barley

The biggest question around spring barley is whether to apply one or two fungicide applications, if the dry weather continues.

Where two are justified the first should be applied before GS30, at the end of tillering, with the follow up 10-14 days later on the awns.

In spring barley, Siltra is still a good choice, but lower doses can be used. If you’re applying two doses 0.4 L/ha should be sufficient.

If you go down the one dose route, keep carefully monitoring the crop to ensure disease levels haven’t taken off, and apply 0.5-0.6 L/ha of Siltra as the awns emerge.

As in winter barley folpet can be added to the second spray to help protect against Ramularia if required.

Maize drilling started later in the south with the cold soil temperatures, with most growers not starting until towards the end of April.

It’s important to get good weed control early on in maize as it is not a very competitive crop during the early growth stages.

For all round grass and broadleaved weed control, Maister (foramsulfuron + iodosuluron + isoxadifen) plus Mero rapeseed oil applied at 2-6 TL of the crop is a good option.

Where are you tackling difficult grassweeds I would suggest using 150g/ha of Maister, while for annual meadowgrass and broadleaved weeds then 100g/ha should be enough.

Maister is strong on a number of broadleaved weeds including charlock and mayweed. However, if you’re challenged by black bindweed and speedwell then you may look to add mesotrione or pendimethalin to lay down further residual. This might be beneficial in periods of dry as the weed flush can be prolonged.

The April frosts have been unwelcome to say the least for many fruit growers, especially those growing cherries or in some cases pears.

Apples in the main are OK, and their priorities will be to protect against scab and mildew. Intervals between applications can be stretched during dry spells to 10-14 days, but it is key to apply fungicides before rainfall events to protect apple scab being spread throughout the canopy.

Our recommendation would be to apply Flint (trifloxystrobin) to protect against apple scab, and Luna Privilege (fluopyram) for powdery mildew.

During May also monitor for woolly apple aphid moving into orchards, which can start to appear from late April onwards. They winter in the cracks of bark at the base of trees onto fresh shoots.

If populations build, apply Batavia (spirotetramat) in two doses of 1.75 L/ha split by 14 days. Effects from Batavia will take 10-14 days become apparent and timing is crucial – do not allow populations to increase before applying.