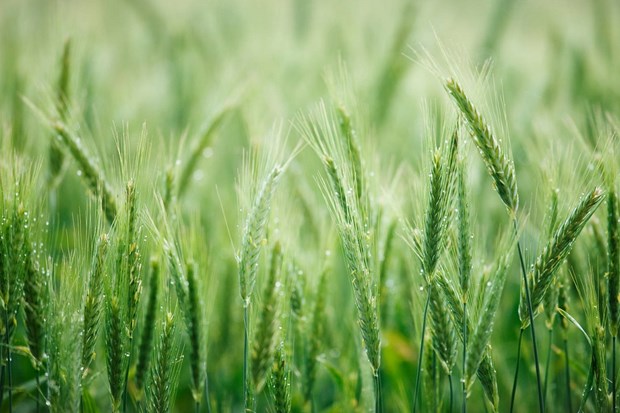 Crops further east in Yorkshire and on the Wolds were a little bit backwards as we came towards the last week of April, and desperately needed some rain to prevent them losing yield potential.

Those in the Vale of York area were looking much better – I don’t think they were subjected to the same hard frosts and snow that those on the Wolds.

T1 sprays were likely to be applied as this is being written, while it may slip into May for some later drilled wheat crops.

Spring barleys have started to emerge where they were drilled over Easter, so it’s been quite slow.

Winter barley are generally around GS31-32, but as soon as we get some rain will shoot through growth stages.

Tom’s agronomy tips for May

Disease levels in winter wheat are generally low – if you look hard you might find some yellow rust, but you do have to look quite hard.

That has meant growers have in some cases decided to delay T1s to as late as possible with the lack of disease, which should mean the gap between T1 and T2 won’t be an issue this season. Some will also have cut back on either dose or product at T1, which could have implications for T2.

A month ahead of the probable T2 sprays it is difficult to forecast just how much rain we will have had. If we do get some rain then the threat from Septoria will increase.

A product like Ascra (bixafen + fluopyram + prothioconazole) is a good option in this type of season. It covers you against all the key diseases – Septoria, yellow and brown rust, mildew and gives some Fusarium suppression – and had good rate flexibility to allow you to tailor your dose to the disease pressure you’re facing.

At T2 a rate of 1.2 L/ha is a good starting point. If it has remained dry and T1 sprays were maintained then there is the possibility to reduce dose to 1.0 L/ha.

If T1s have been cut back, 1.0 L/ha of Ascra at T2 might be enough if disease pressure is low, but the option of the 1.2 L/ha might be a safer choice.

There did seem a little more disease about in winter barley than in wheat as we came towards the end of May, although mostly brown rust in susceptible varieties.

Without chlorothalonil to control Ramularia, and resistance or insensitivity to strobilurins, SDHIs and azoles to varying degrees, keeping the crop healthy is an important consideration for preventing that disease from taking hold. It’s a stress-related disease so can come in on the back of other infections.

That’s why the awns emerging spray should be used to keep crops clean and green to hopefully the reduce the stress on the crop and decrease the risk from Ramularia, as well as protecting yields from other diseases, such as Rhynchosporium, net blotch and brown rust.

Siltra (bixafen + prothioconazole) is a good choice for this task. If rain has arrived and the risk from Rhynchosporium and net blotch has increased, rates of 0.5 L/ha are appropriate.

That rate will also help control Ramularia, with the activity from prothioconazole, but you can also add folpet if perceived risk is high.

How delayed spring barley emergence is might drive growers’ decisions around whether to spray once or twice for disease control, with the later it is the more likely just one spray will be needed.

If there is more rain, then disease pressure will be higher and that could push towards a two-spray strategy starting with Siltra (bixafen + prothioconazole) at the end of tillering at 0.4 L/ha.

The awns emerging spray is more important in spring barley, so this is the timing for either the second spray or a one-spray hit. If you’re going just once then Siltra at 0.5 L/ha will provide decent protection, while a second spray should be at 0.4-0.5 L/ha depending on disease risk.

Sugar beet area has been cut back after last season’s virus yellows issues. While hopefully the cold weather over winter has reduced risk from virus yellows, the cold, dry spring has delayed drilling of some crops and slowed emergence.

So with herbicides avoiding conditions that might know the crop and slow growth is a consideration. In May it’s likely that second and third applications, if required will be going on.

The crop is a bit more robust as it gets bigger but the same rules apply as for first sprays – err a little on the side of caution and try to avoid spraying on days with high daytime temperatures and make sure you use the appropriate dose of oil for the conditions, when adding it to products like Betanal Tandem (ethofumesate + phenmedipham).