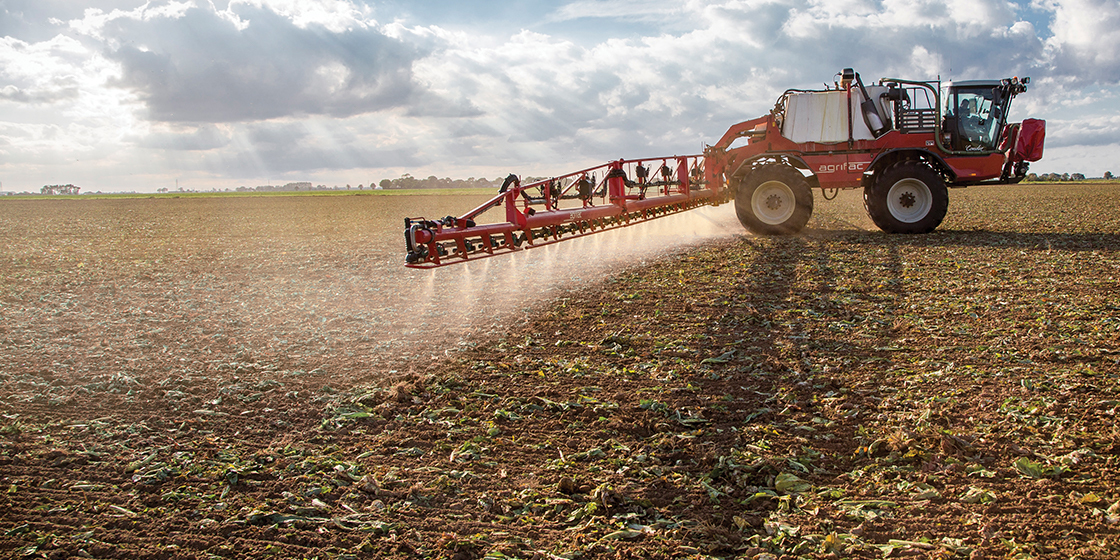 Aclonifen was first approved for use in potatoes in 2019 and is now approved in winter cereals.

When combined with flufenacet and diflufenican it provides a valuable improvement in black-grass control.

This season it is available as a single active product called Proclus that will be sold in a co-pack with Liberator (flufenacet + diflufenican) for growers to mix on farm.

In future seasons, we aim to have a three-way co-formulation of aclonifen, flufenacet and diflufenican available.

“We are seeing a 10-15% increase in total control of black-grass over straight Liberator,” explains our commercial technical manager Ella Crawford.

“Efficacy is not as reliant on soil moisture as the active is primarily absorbed through shoots than by the roots of emerging seedlings, plus it is moderately persistent for 2–3 months which may make it particularly useful in earlier drilled wheat.”

Aclonifen has low soil mobility compared to flufenacet, and for optimum efficacy should be applied uniformly to an even, friable seedbed to form a consistent film on the soil. This enables aclonifen to affect shoots as they emerge through the soil surface.

But for farmers used to applying Liberator there are a couple of things to watch out for:

“Proclus is only approved for application at the true pre-emergence timing; it can’t be used later on when many farmers come back for a residual top-up, or as a partner for a post-emergence acting herbicide.”

Liberator + Proclus gives 10-15% better overall control than straight Liberator. Even after the addition of Proclus, there is some additional control from adding further actives to the programme such as prosulfocarb (Defy) or tri-allate (Avadex Factor).

Both new actives offer improved control over straight Liberator at the pre-emergence timing against difficult black-grass populations, such as these from Lincolnshire and Buckinghamshire. The pre-emergence Liberator + Proclus treatment performed best overall but the longer application window of metribuzin products gives farmers a control option post-emergence as well as pre-emergence.

You may well be familiar with metribuzin, as it has been used in potato crops for several years.

From this autumn, it is available as a co-formulation with flufenacet and diflufenican. The co-formulated product is called Alternator Met or Octavian Met depending on the distributor.

It too offers an improvement in black-grass control at the full rate. The metribuzin products have a wider usage window than aclonifen, as they are approved for either pre- or post-emergence application until the end of November.

Soil moisture is important for efficacy so farmers should follow the same method they would use for Liberator in deciding when best to spray.

What’s the difference between the two new actives?

With two new options for weed control, what makes them suitable to specific situations?

Our commercial technical manager Craig Simpson investigated some of the differences between the two actives as part of an MSc project:

“I recorded the emergence pattern of black-grass in a direct-drilled and cultivated situation and studied how the new pre-emergence herbicides affected performance.”

Plant counts were conducted six times during the season from November until March to track black-grass survival and emergence.

“Unsurprisingly, the vast majority of black-grass germinated before December with the new herbicide treatments providing significant control over the untreated.”

“Aclonifen has a longer half-life than the other actives so the expectation was it would have greater persistency, which was true. However, the metribuzin product provided good initial control across the trials. With this considered, the Octavian/ Alternator Met product could become a good option in the post-emergence/residual top-up situation for controlling black-grass as opposed to Liberator + Proclus which is used as a true pre-em.”

“The differences in performance between the two new options are small and both provide a good option for growers trying to control black-grass. As with any new product, the first couple of seasons are a time for farmers and agronomists to learn how to maximise performance in field conditions,” says Mr Simpson.