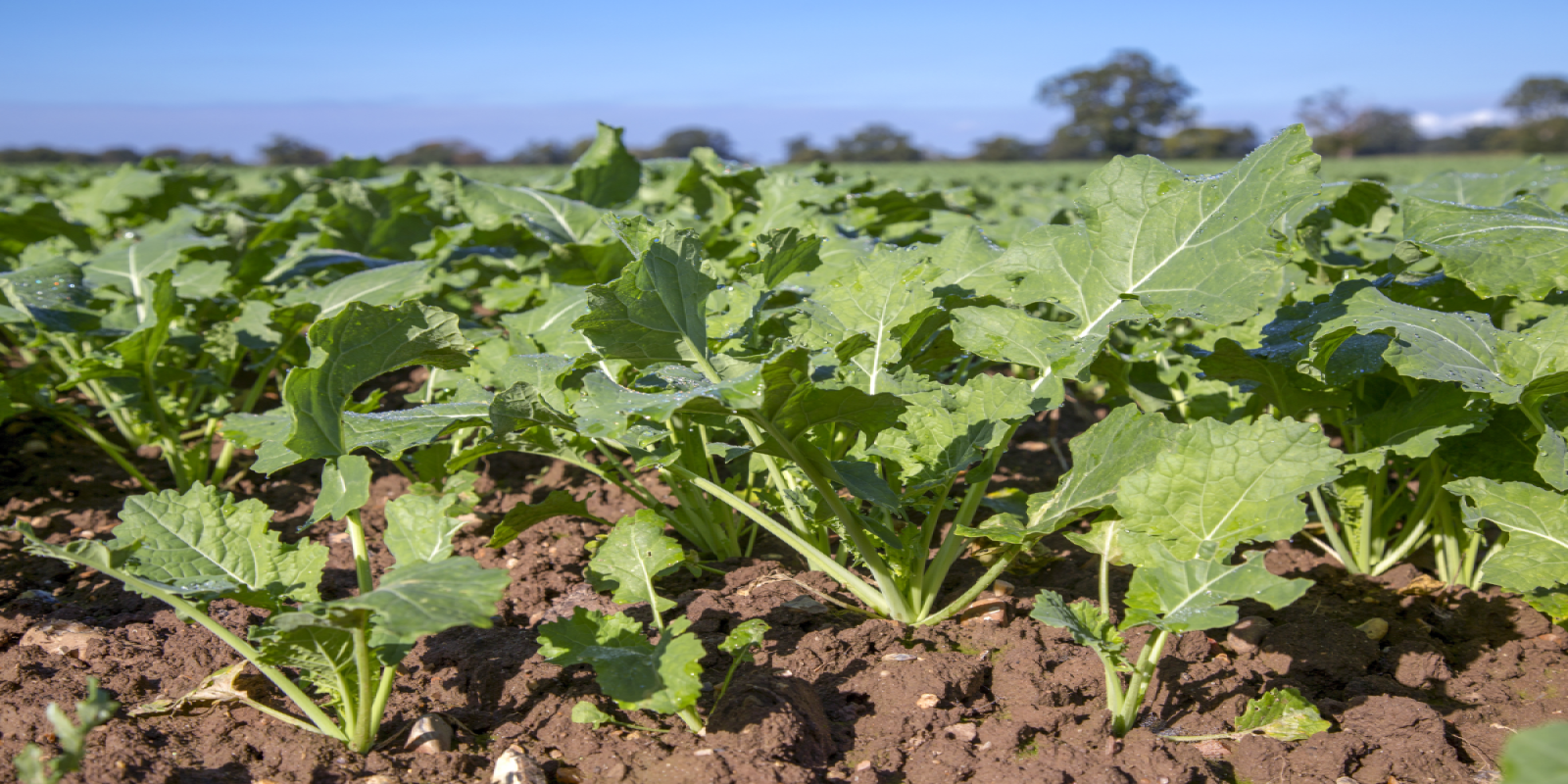 It has been a very challenging autumn for establishing oilseed rape and a number of crops have already been written off. The dry and warm September provided perfect conditions for cabbage stem flea beetle (CSFB) and slowed down crop growth, which is a toxic mix.

It has been reassuring to hear of growers holding off pyrethroid sprays for as long as they can and trying all sorts of new ideas to tackle the issue. There are some good crops out there, but it is still unclear if any specific strategies have worked consistently.

Struggling oilseed rape crops have been grateful for the rain during the last two weeks of September, but it didn’t seem to deter the CSFB and has added the challenge of slugs into the mix. However, the rain has been a positive for wheat crops, as it has it has held growers back from drilling too early, which will provide plenty of agronomic benefits later in the season.

Not wanting to add more doom and gloom for OSR growers, but they should be keeping an eye on suction trap monitoring data for any indication of Myzus persicae activity. The aphid species transmits turnip yellows virus (TuYV) and depending on variety – there are some resistant ones available now – decide whether crops need treating. When aphids are found in a crop, consider an application of Biscaya (thiacloprid).  The product gives fast knockdown of the pest and up to two weeks’ protection from further aphid migration.

Where crops are established and are growing away from pest pressures, it will be worth looking after them with an autumn fungicide. The dry late August to mid-September period will have reduced phoma pressure, as 20 days with rain is required to initiate the release of air-borne spores from infected stubble. However, continue to track rainfall and Rothamsted Research’s Phoma forecast to establish risk. Growers can make use of the Bayer SpotCheck service, where they can send in leaf samples to ADAS to test for presence of phoma and light leaf spot. Please contact me for a kit. Smaller, late-drilled crops are at highest risk from phoma. Plan to apply 0.46L/ha Proline (prothioconazole) later this month, which will give good protection against both diseases.

Recent wet weather will support a good flush of blackgrass, providing a good opportunity for stale seed-beds. Where using glyphosate to spray off grassweeds, avoid repeated low doses, as this could risk accelerating the development of resistance.

Drilling should also be delayed as long as possible. Identifying high risk fields by using a simple traffic light system will help with planning the order in which fields are drilled, leaving the highest pressure fields until last. Finally, if the weather breaks and doesn’t allow winter crops to be drilled this side of Christmas, have the flexibility to switch to a spring crop option.

Once wheat is in the ground in grassweed situations, a stack of residual herbicides applied within 24-48 hours will help build on control achieved pre-drilling. This should consist of a Liberator (flufenacet + diflufenican) base, which can be combined with additional diflufenican, prosulfocarb and tri-allate to boost control. Bayer stopped testing for resistance to pendimethalin in 2006, as it was found to be widespread in many blackgrass populations.

Where grassweed pressure is particularly high, consider a residual top up of Liberator six weeks after pre-emergence applications. This may coincide with a pyretheroid spray for aphids – make use of aphid migration monitoring tools to support this decision.

Growers are reminded that it is the last season for flurtamone-containing products such as Movon and Vigon (both diflufenican + flufenacet + diflufenican). These both need to be used up by 31 December 2019. While these products are almost lost, Bayer has gained approval for two new herbicide products, Alternator and Octavian. They each contain the same actives as Liberator, with the addition of metribuzin and are more effective on tough blackgrass.

There will be a small test market available this autumn and therefore limited product availability. However, I will be setting up a blackgrass matrix trial in the South and this will showcase the two metribuzin-based products. I will share updates through the season and if you are interested in looking around please don’t hesitate to get in touch.

Another new pre-emergence herbicide is hoped to be approved for next autumn and contains a new mode of action in cereals. Initial results look very promising on blackgrass and this will also be included in the trial.

Bayer’s work on wheat disease Septoria’s latent period has consistently shown that drilling date is one of the biggest factors that affects disease pressure. Earlier drilled crops have significantly more disease that later drilled crops. Whilst it may not be possible to drill all crops late, consider drilling varieties with weaker Septoria ratings later to ease disease burden. This will also help with BYDV management, with later drilled crops exposed to potential infection for a shorter period of time.