With annual losses exceeding £80 million, according to CropMonitor, light leaf spot is the most economically damaging disease in UK oilseed rape. Despite this, the disease is still going unidentified on some farms.

To support farmers in identifying and managing light leaf spot we have created a definitive guide below. Remember, for a conclusive diagnosis of light leaf spot and other diseases’ prevalence in oilseed rape crops, you can utilise Bayer’s free SpotCheck initiative. 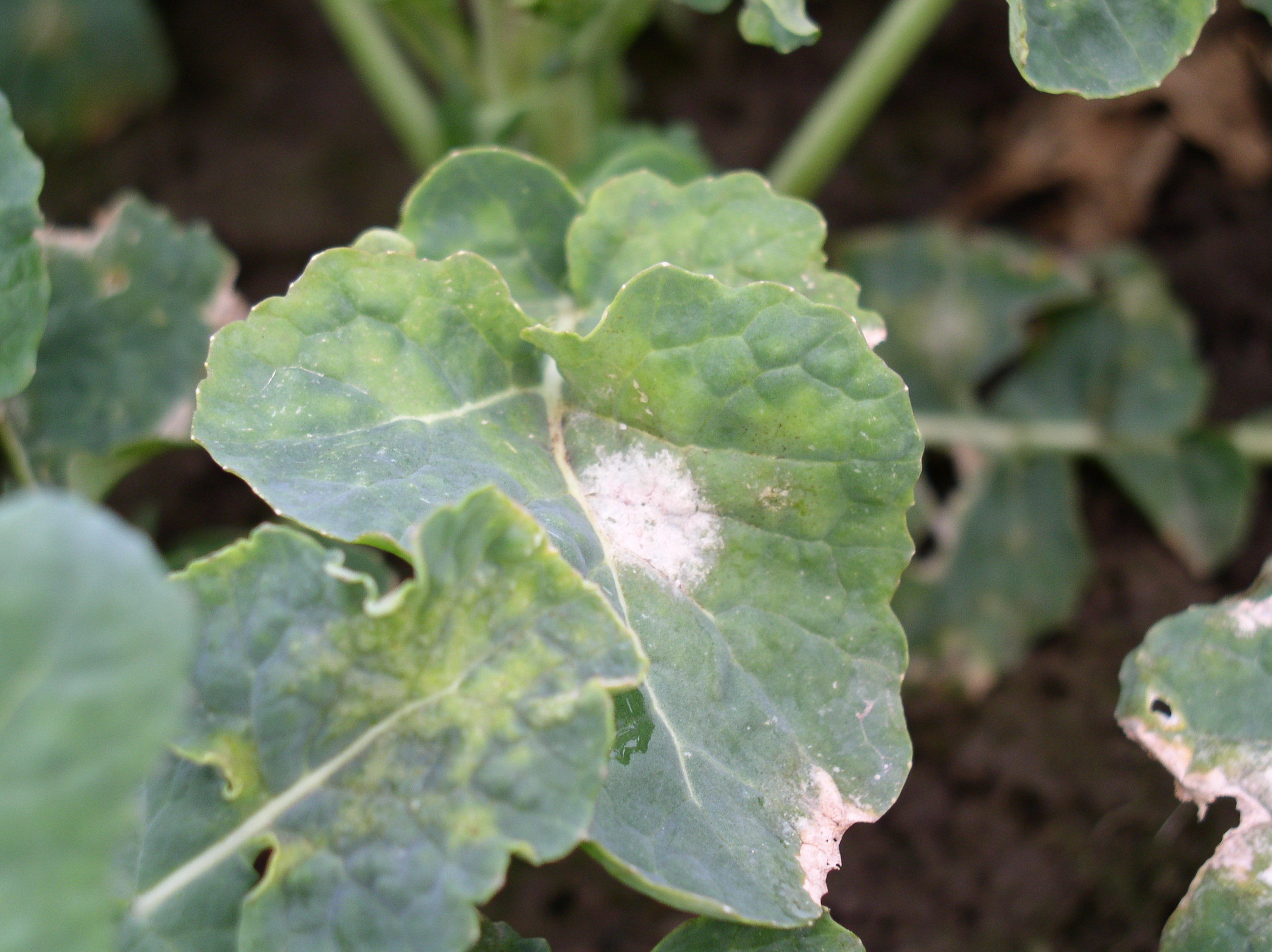 What is light leaf spot?

Traditionally associated with Scotland and Northern England, light leaf spot is now widespread throughout the UK. Fungicides work best as protectants so early application at the first sign of disease in the autumn is essential. If crops are inadequately protected light leaf spot can spread through the plants affecting leaves, stems, flowers and pods. Untreated crops can suffer yield losses of 50% or more.

Light leaf spot can be found in the crop as early as October, and so it is vital to familiarise yourself with symptoms from the very start of the growing season.

Early symptoms appear as white sugar-like spores, forming in a circular pattern, on either the top or underside of the leaf. This early white ‘sporulation’ is almost microscopic, so a hand lens is useful to help inspect each leaf one-by-one. 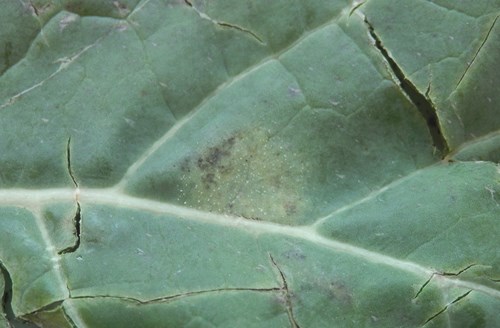 Incubating leaves can also act as an early warning system, drawing out symptoms sometimes weeks before they appear in the field.

Generally, the optimum temperature range for light leaf spot is around 16°C, but the disease can still develop between 4 and 20°C. A period of rainfall will also cause infection to spread more readily. 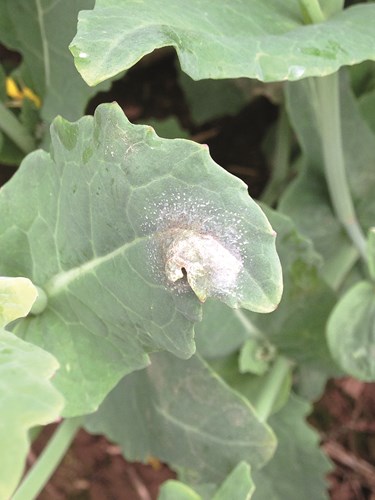 Later in the season (spring/summer), the disease spreads to stems and lateral branches. Look for small brown/purple lesions, often accompanied by black speckling. As the stem extends, the lesions expand and can become several centimetres wide. 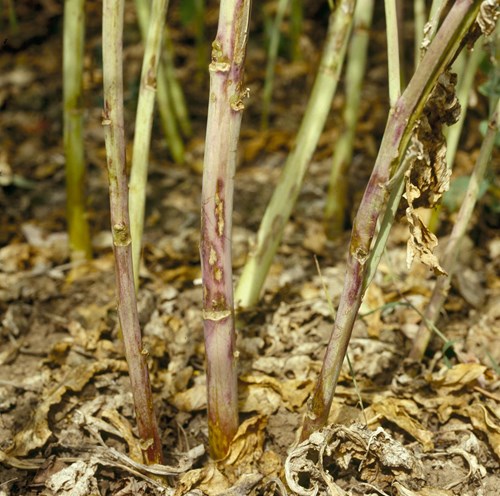 In extreme scenarios, stems have been reported to split vertically along the lesion and even break.

In wet weather, spore droplets can be found on flower buds. Again, rain fall during flowering will cause the infection to spread more readily.

Severe cases of light leaf spot can cause infection to spread to the pods, causing twisting, distortion, browning and ultimately seed shedding. 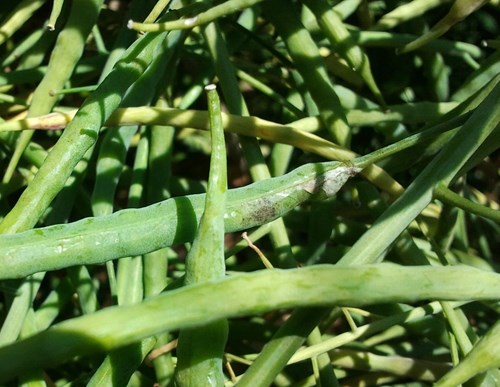 How to control light leaf spot

Varietal resistance to light leaf spot is the first line of defence, and so it is vital to consider growing a variety with a good resistance profile.

Cultivation techniques are also very helpful in controlling the disease. Burying stubble from previous crops in the vicinity of where new crops are being established reduces the risk of spores being blown on to current cropping area the new crop.

Proline (prothioconazole) is the strongest product for control of light leaf spot. Timely application is essential for effective control as fungicides need to be applied preventatively, which can be difficult given the weather conditions often prevailing at the right time for treatment.

Without any useful alternatives it is vital to protect the activity of triazoles such as Proline. Two applications are recommended; one at the first sign of infection in the autumn (often mid-late November) and another in winter or early spring. Higher rates should be used when disease pressure is severe, if there is a history of reduced azole sensitivity or in high disease risk areas.

Well you can for free thanks to SpotCheck, an initiative to provide growers with a conclusive diagnosis of light leaf spot and other diseases' prevalence in oilseed rape crops.

Launched in 2017, our free SpotCheck service provides growers and agronomists with a conclusive diagnosis of disease prevalence in oilseed rape crops, with a particular focus on light leaf spot, which is a notoriously difficult disease to identify.

Nearly 300 people completed our OSR: Big Picture Quiz in autumn 2018. By cross-analysing the findings we’ve been able to pull out some of the differences between those growers averaging over 4.0t/ha compared with those averaging under 4.0t/ha.