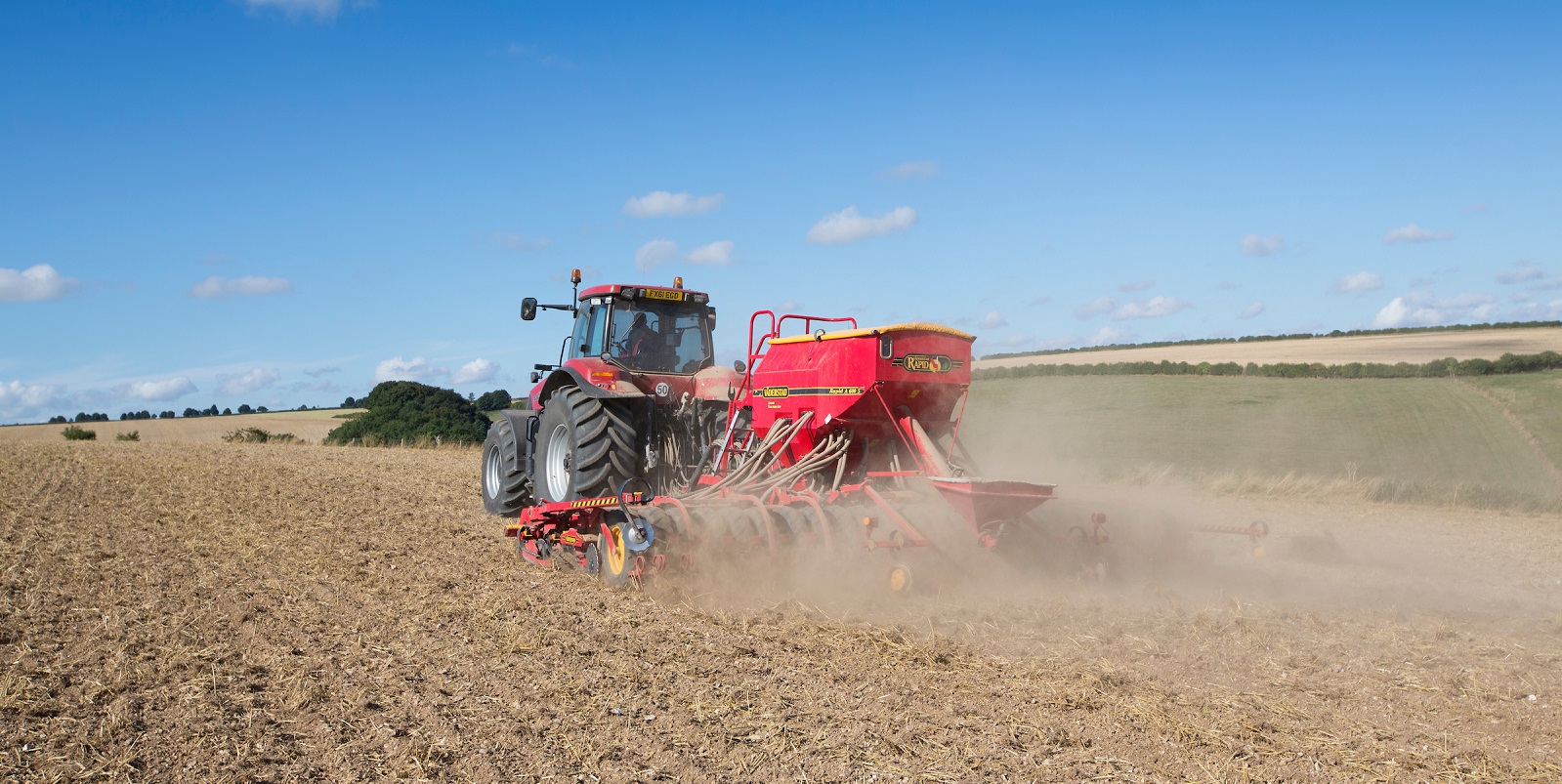 2. Be patient when deciding on when to start drilling cereals

3. Test for germination and seed-borne diseases if home-saving cereal seed

The majority of oilseed rape drilling in the East was completed during the optimum window between mid-August and mid-September, but it’s not too late to be drilling if you have area left to be drilled. Some growers have chosen to delay drilling of oilseed rape in an attempt to avoid peak cabbage stem flea beetle attack. At this late stage, vigorous hybrids have a definite advantage, as getting out of the ground quickly is even more important.

It has been encouraging to see growers trying different techniques to combat cabbage stem flea beetle, such as companion cropping, to help reduce adult feeding damage. It is worth remembering that the presence of shot-holing is not necessarily detrimental to yield, and to be mindful of resistance to pyrethroid sprays when deciding on whether to treat. For that reason, routine applications at the first sign of damage should be avoided.

It is also worth getting in the habit of checking AHDB’s Aphid News bulletins regularly to check for Myzus persicae, which transmits Turnip Yellows Virus. Again, it’s encouraging to see some growers turning to genetics to help combat this, but if you’re not growing a TuYV resistant variety, then it is worth monitoring aphid pressure and to spray a fast ‘knock-down’ product such as Biscaya, if required.

2. Be patient when deciding on when to start drilling cereals

Patience is key when it comes to drilling cereals. The decision is mostly driven by grassweed pressure in the East, especially black-grass – the higher it is the more it pays to delay until well into October. This will help to achieve an effective stale seedbed, giving you the chance to spray off any black grass that does emerge pre-drilling. Remember, spraying glyphosate pre drilling is the only opportunity to control grassweeds outside of the crop using an effective herbicide with no resistance issues. Don’t be tempted to lower the dose or rush the job as this will only hinder performance long term.

Once drilled, then make sure you apply your pre-emergence herbicide for grassweed control as soon as possible after drilling to get the best efficacy. The combination of Flufenacet and Diflufenican in products such as Liberator should be the cornerstone of grass weed control programmes. The addition of other residual actives in the mix can further increase control and should be considered in order to use as many different modes of action as possible.

There is also value in delaying drilling to reduce Septoria pressure in the spring and being mindful of variety choices. As seen in trials, if you’re drilling in September, with a variety rated as a five or six for example, they can soon succumb to Septoria pressure more than those varieties drilled later in the autumn.

Delaying will also help with barley yellow dwarf virus control, now we know longer have neonicotinoid seed treatments. It will be important to use monitoring services for aphids and BYDV, including T-Sum calculations to help with insecticide decisions. With resistance a risk again, growers should consider using insecticides as sparingly as possible.

3. Test for germination and seed-borne diseases if home-saving cereal seed

If you’re going to home-save seed this season, it is worth getting it tested for germination and key seed-borne diseases, such as Microdochium, Fusarium species and loose smut (in barley) before drilling.

Broad-spectrum single purpose seed treatments, such as Redigo Pro (prothioconazole + tebuconazole), will give early protection against these and other key seed-borne diseases.