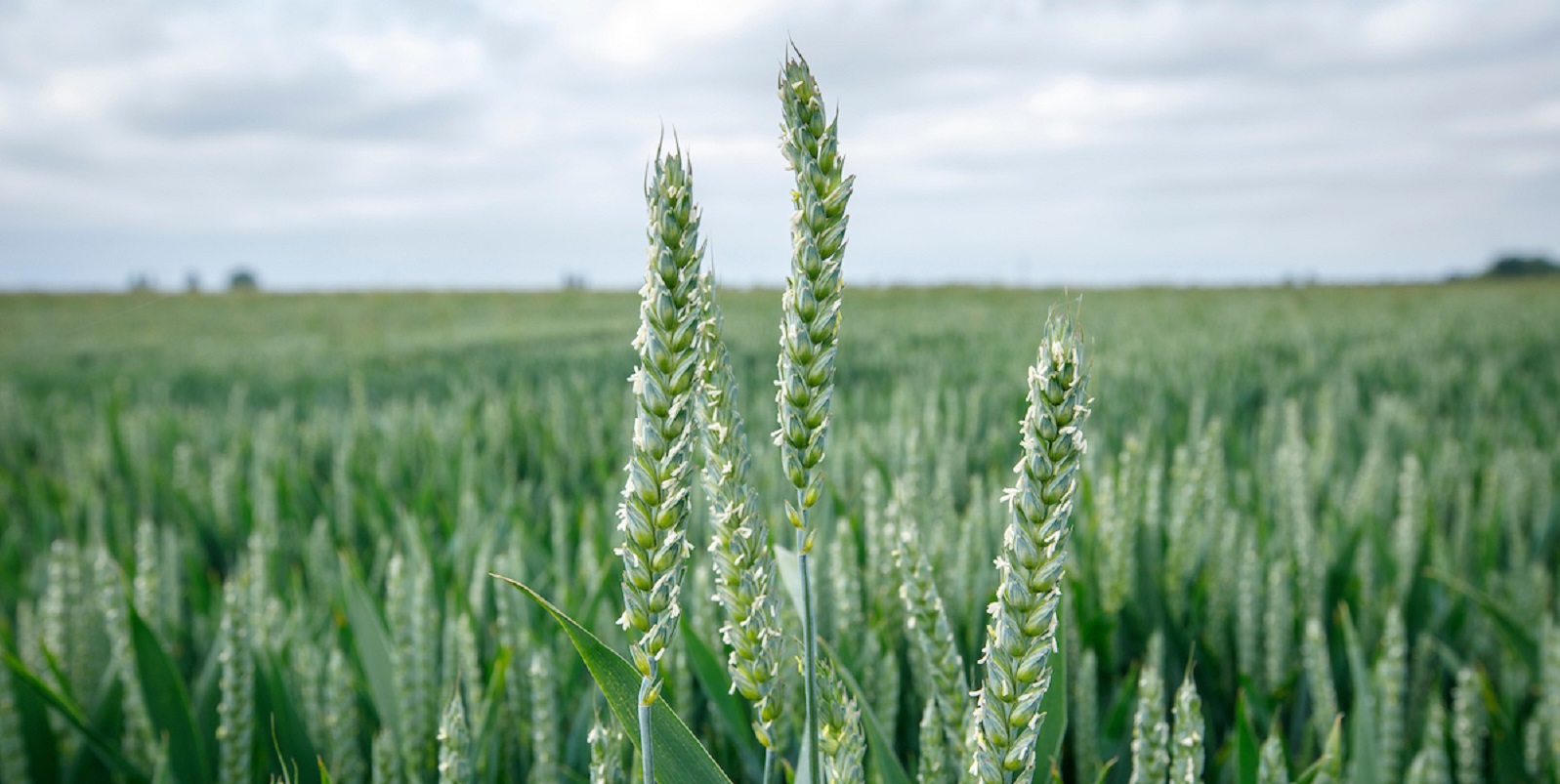 In the North we have benefitted from more rain than many other parts of the country and crops are looking well as a result, with the exception of oilseed rape. There is a huge range of crops, with some looking good and others patchy. A number of factors are involved, including pest damage in stems, late frosts, high pollen beetle numbers and poor rooting.

Wheat crops will be soon be approaching flowering and the infection risk period for the ear disease complex, which includes fusarium and microdochium. While tebuconazole will give some assistance on fusarium and the associated mycotoxins, prothioconazole – contained in the product Proline – is the most effective active ingredient on both species.

Bear in mind that neither active ingredient gives 100% control, particularly where disease risk is severe. Fusarium control is more critical for milling varieties and a mixture of prothioconazole and tebuconazole will often be the best choice in this situation. Strobilurins such as azoxystrobin or pyraclostrobin are not effective on fusarium or microdochium, but are very useful additional protectants against both brown and yellow rust.

With the forecast for early June catchy, there is a chance it will be wet at flowering and ear disease risk high. As a bare minimum, a 50% dose of either or both prothioconazole (100g/ha) or tebuconazole (125g/ha) should be used for fusarium control. In high risk situations, rates should be upped to a 75% dose of Proline (0.55L/ha) and 50% tebuconazole (125 g/ha).

Prosaro is a formulated mix of prothioconazole and tebuconazole and contains 125g/L of each active ingredient. The formulation benefit of this product has been shown to improve crop safety and give superior control of sooty moulds and late ear diseases.

The difference between good and poor wheat ear disease control can rest with the T3 spray timing, so trying to ensure sprays are applied between GS63 and GS65 will pay dividends. There will be variation across fields and farms and getting it right across the whole farm isn’t easy. The best advice is to apply the fungicide after the ear is fully extended from the flag leaf and first anthers are visible. Once the ear has fully flowered and anthers are drying and falling off, it is too late. 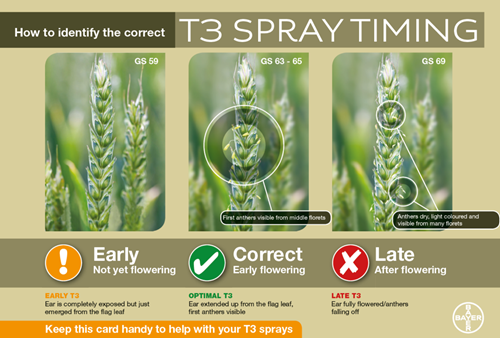 With showery weather forecast, some winter barley crops will benefit from a final T3 fungicide spray to prevent damage from ramularia infection. With resistance problems making some other active ingredients less effective against the disease, chlorothalonil is the best option. Check product labels for latest application timing.

In spring barley, where rain has boosted crop growth there may be a case for a second fungicide spray, but there is little disease at the moment and crops should be assessed for treatment based on pressure. If opting for a second spray, a prothioconazole-based product such as Fandango (fluoxastrobin + prothioconazole) at 0.75L/ha offers a very cost effective option.

Control of grassweeds has been variable this year and the results are now showing above the crop. Annual ryegrass appears to have needed more attention and prompted many technical calls this spring. A robust pre-emergence programme has been the key to success where crops are clean.

Where conditions are dry, black-grass has already responded by producing seed heads on short stems, which are difficult to see and rogue. Growers should assess the worst areas and consider spraying off with glyphosate to prevent seed return. This should be done after grassweed ears have emerged, but before seed has been set. Heads will produce viable seed when they turn black about two weeks after flowering.