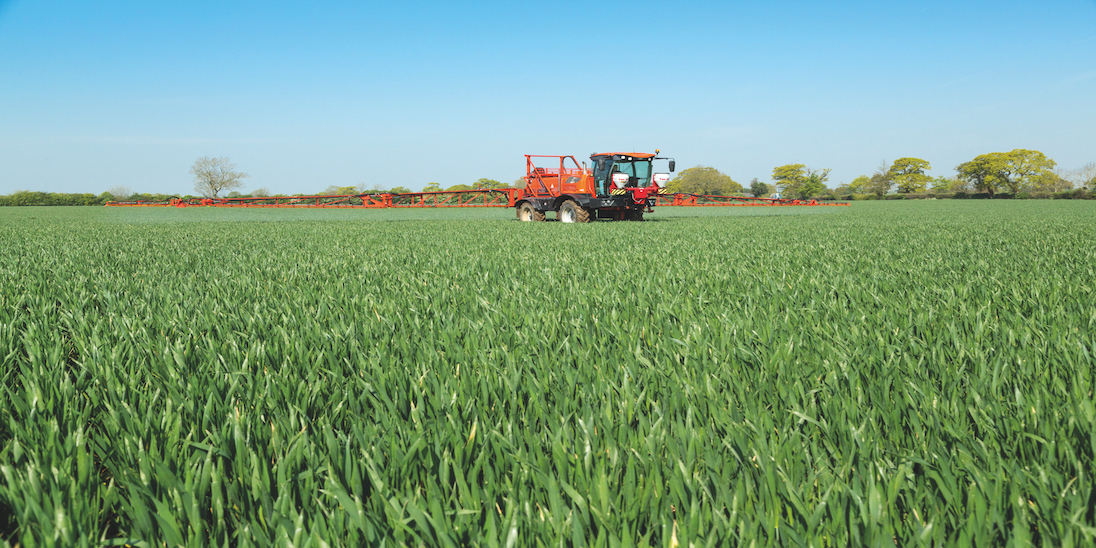 West Norfolk farmer Mark Means was very impressed with the overall yield of his Judge for Yourself trial last year, sown after vining peas on silt clay at Terrington. Chosen for its good standing ability, Mr Means believes he judged the nitrogen, plant growth regulators and fungicides just right on the crop of KWS Barrel to achieve a field average of 15 t/ha and protein in the mid-11% range.

The farm’s moisture-retentive silty foam and proximity to the Wash mitigated effects of the extreme temperatures, with afternoon sea breezes and morning dews preventing the crop from senescing too early and allowing a more normal grain fill.

Mr Means adopts a high input, high output regime for his wheats with a robust five-spray programme costing £130 /ha in the trials last year. At T2 he compared a 1.5 L/ha Ascra + chlorothalonil with the farm standard of 0.58 L/ha Elatus Plus + epoxiconazole 0.75 L/ha + chlorothalonil.

“At T1 it was wet and it was a thick crop – the only thing that saved us was some lower temperatures in April so Septoria didn’t sporulate and spread. The crop didn’t show any rust due to Barrel’s resistance, so I was only concerned with Septoria. Then it turned dry, but the crop seemed to carry on going,” says Mr Means.

There was a significant difference between the farm standard and Ascra, with the latter yielding 0.75 t/ha more. And last season was not an isolated result, he notes.

“I’ve seen it in two other trials, one local and one on my own farm where Ascra, at varying degrees, has out-yielded the rest. That’s comparing with Adexar, Librax and Elatus Era.”

Inconclusive data from his 2017 Judge for Yourself trial due to lodging discouraged him from changing his T2, but he now believes he needs to use Ascra to improve farm yields this spring.

However, Mr Means doesn’t discount using Elatus Plus where conditions are right. “It is brilliant for drier periods and stress, and fantastic for rust.”

Dovetailing fungicide and varieties will be a consideration as there has been a shift in varieties over the past two years. The farm hosts the AHDB Recommended Lists first winter wheat trial at Terrington enabling Mr Means to monitor varieties and select those that meet his criteria to fit within the farm’s rotation.

Extending the harvest window is a key priority to manage harvest workload, as is selecting resilient varieties that can withstand the soil type, weather and disease pressures around the Wash.

KWS Firefly, rated seven for Septoria, and KWS Extase, rated eight, have joined Gleam and will begin to replace Cordiale and KWS Barrel.

Will Ascra fit into this year’s fungicide programme even on the high-rated Septoria resistant varieties? Definitely, says Mr Means, since the results have convinced him that even when disease pressure is low, Ascra is delivering an additional benefit over and above disease control. Even though these varieties are quite clean, the significant differences between treated and untreated results suggest there is still a response from the fungicide input and a benefit from keeping the crop growing for longer, he says.

A different perspective on the results from the Judge for Yourself Ascra trials can be found in a case study on Cambridgeshire farmer, Russel McKenzie.

See the results from 3 years of farm trials