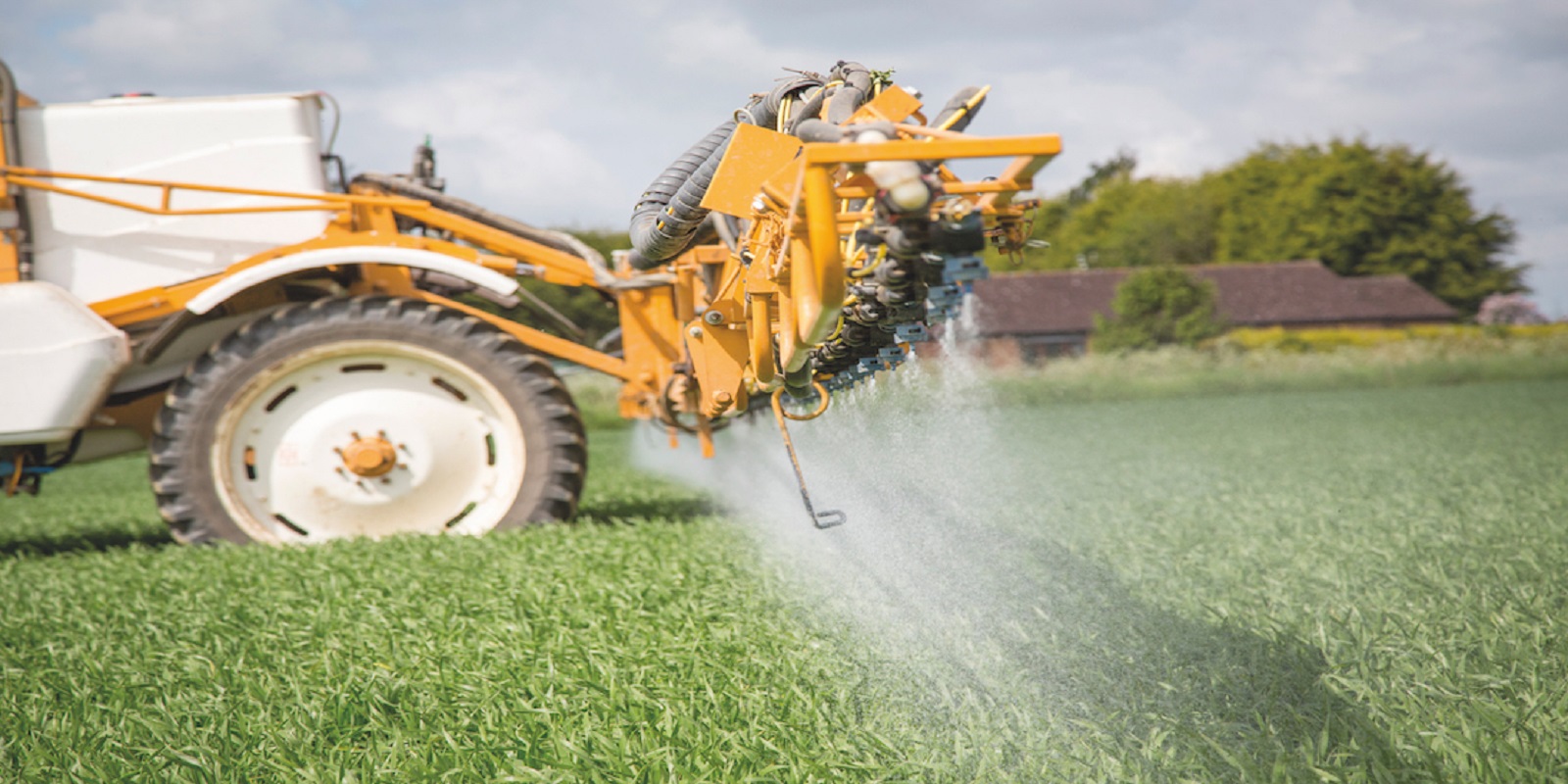 The cold, late spring and hot, dry summer made 2018 a challenging year for many reasons, with most harvest yields below average amid plenty of regional variation.

Spring crops suffered the most after such a delayed start, with second wheats also finding conditions difficult. In England, including second wheat yields in the AHDB Recommended List (RL) trial results reduced the average yield to 10.36 t/ha, 0.67 t/ha below the five-year figure.

There was a similar picture in Scotland, according to Scottish Government figures. Winter wheat yields remained constant at 8.1 t/ha, winter barley 3% up at 7.6 t/ha, oilseed rape 9% down at 3.8 t/ha and spring barley dropped 10% to 5.3 t/ha.

‘Hindsight agronomy’ was required in a growing season that started with wet and windy conditions, causing difficulties for growers trying to make T0 applications and allowing disease levels to rise.

“It was a concern at the time,” recalls Gareth Bubb, Bayer commercial technical manager.

“Septoria was building and there was a real threat it would continue to. Leaf three had to be targeted successfully to stop the disease, so timing was crucial.”

However, once that spray had been completed, warmer and drier conditions reduced disease pressure.

“Growers suddenly went from worrying about whether chemistry would hold Septoria to questioning whether they needed to use it,” Mr Bubb comments.

Even though dry weather at T2 meant no rain splash of disease up the plant, he says there was a yield benefit from including an succinate dehydrogenase inhibitor (SDHI) at T1 in 2018.

“That might not be the same in every year as it’s all about risk. Early-sown crops and susceptible varieties have to be prioritised, as they are always at greater risk. If your T1 strategy isn’t right, the T2 is under more pressure as it has to be curative.”

The average fungicide response in NIAB TAG trials last year was 2.3 t/ha across all varieties and sites, reports technical director Bill Clark. Despite relatively low Septoria levels there were still good responses, but there were huge differences between varieties, he says.

“Where they were susceptible to Septoria, there were much greater responses. And where there was a mix of Septoria and Yellow Rust, we saw the highest responses.”

Sites in the north and west had higher levels of disease, with variety differences being even greater.

“That compared to KWS Extase, which gave 0.4 t/ha when a four-spray programme was used."

These varietal differences indicate potential opportunities to make fungicide savings, but not in every situation, Mr Clark says:

“It’s all about risk. If there’s high Septoria pressure in spring, you need an SDHI at T1. If wet weather carries on after that, you’ll need another SDHI at T2.”

Looking ahead to this spring

A good starting point for understanding Septoria risk each season is simply looking at the drilling date and resistance rating.

Crops drilled in late October and early November have a head start in terms of lower disease pressure, especially varieties with a 6 rating or above for Septoria.

Experts agree that these lower risk situations give more scope for savings and bring greater flexibility with fungicide use, but stress that the T1 timing is still critical to success and crops should be monitored closely.

That’s because it is important to target final leaf 3 emergence at T1, so the leaf is not exposed for any length of time. If it gets infected and disease transfers up the plant, it puts the spray programme into a curative situation.

“That timing message applies, whether you decide to use a T0 or not,” says Mr Bubb. “If disease gets a hold at T1, it means that the T2 spray has to be more eradicant.”

The need to protect the available chemistry is a further consideration, he adds, which is why any SDHI/azole mix used at T1 has to be balanced, with a good dose of azole being included.

Mr Clark agrees. “We do have varieties that offer reduced spraying opportunities now, as the risk of growing them is lower, but timing will still be key. The T1 spray will be the first treatment many of them receive.”

The other message for 2019 concerns brown rust, which is affected by location, weather conditions and variety.

“We saw it in 2018, due to the hot, dry conditions. It has a really short latent period, so it can take growers by surprise,” Mr Clark says.

Fortunately, both SDHIs and strobilurins are very good on brown rust. “It’s worth keeping one of your two permitted strobilurins back for the T3 spray if you are growing a susceptible variety.”

Larger crop could weigh on prices

Drought across key growing regions caused tighter grain markets in 2018, with wheat reaching a harvest peak of £184/t. However, a gradual fall in 2019 wheat prices is predicted, with experts forecasting a larger crop worldwide. 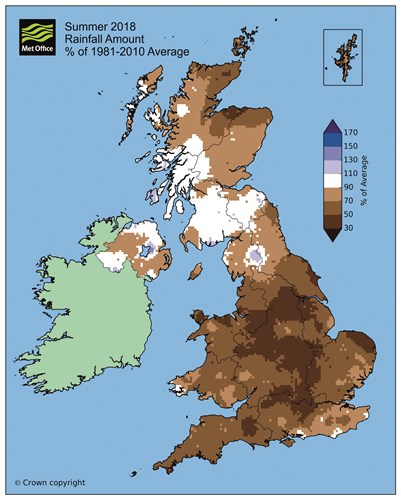 Wheat values are predicted to remain around £175/t for the first quarter, before falling some £1520/t by July as demand shifts to other parts of the world. A possible decline in Russian exports and strained relations between the US and China add uncertainty though.

In the UK, a 5% drop in wheat production to 14.1m tonnes and an 8% fall in barley to 6.6m tonnes means there has been less to export. But there have been good export opportunities for malting barley with premiums peaking close to £50/t, says Helen Plant, AHDB senior analyst:

“There’s been more uncertainty at home. The Vivergo, Ensus and Rank Hovis plant closures are having an impact on local prices and animal feed demand has risen due to forage shortages.

Oilseed rape prices have been influenced by the US soya glut resulting from trade wars, so despite a smaller harvest and good demand, rapeseed prices have not increased significantly.

“US soya isn’t expected to have much further effect on the UK, as there’s no more crushing capacity. A more significant influence on future prices is German demand.”

Cutting sprays may have limited yield

For Herefordshire farmer Martin Williams, 2018 might have been a missed opportunity as far as fungicide use was concerned. 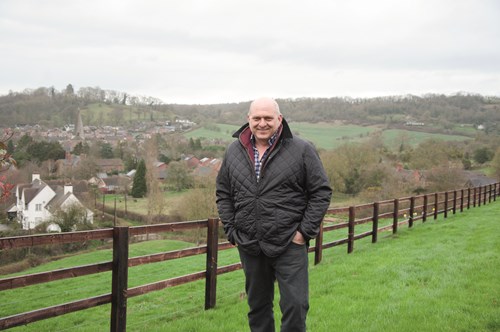 His first wheat yields were above the farm’s average, with Costello achieving over 11.5 t/ha, even though he cut back his T2 treatment and omitted a T3 spray after concerns the heat wave limited yield potential.

“I was wrong. After the T1 of Boogie (bixafen, prothioconazole and spiroxamine) plus Chlorothalonil (CTL) went on late in tricky conditions, the weather improved and I tried making savings by reducing rates.”

His T2 of 1 L/ha of Aviator plus 0.5 L/ha of CTL was the last fungicide the crop received, having decided to forego the T3. Elsewhere, he took more drastic action and switched to cheaper chemistry; something he regrets.

Mr Williams’s neighbour stuck to his original plan, growing the same variety, and achieved even higher yields, he reports:

“It seems I ended up limiting crop potential. It left me wondering whether I had been too hasty.”

His two-row winter barley was disappointing, so has been replaced with second wheat. Oilseed rape performed as expected.