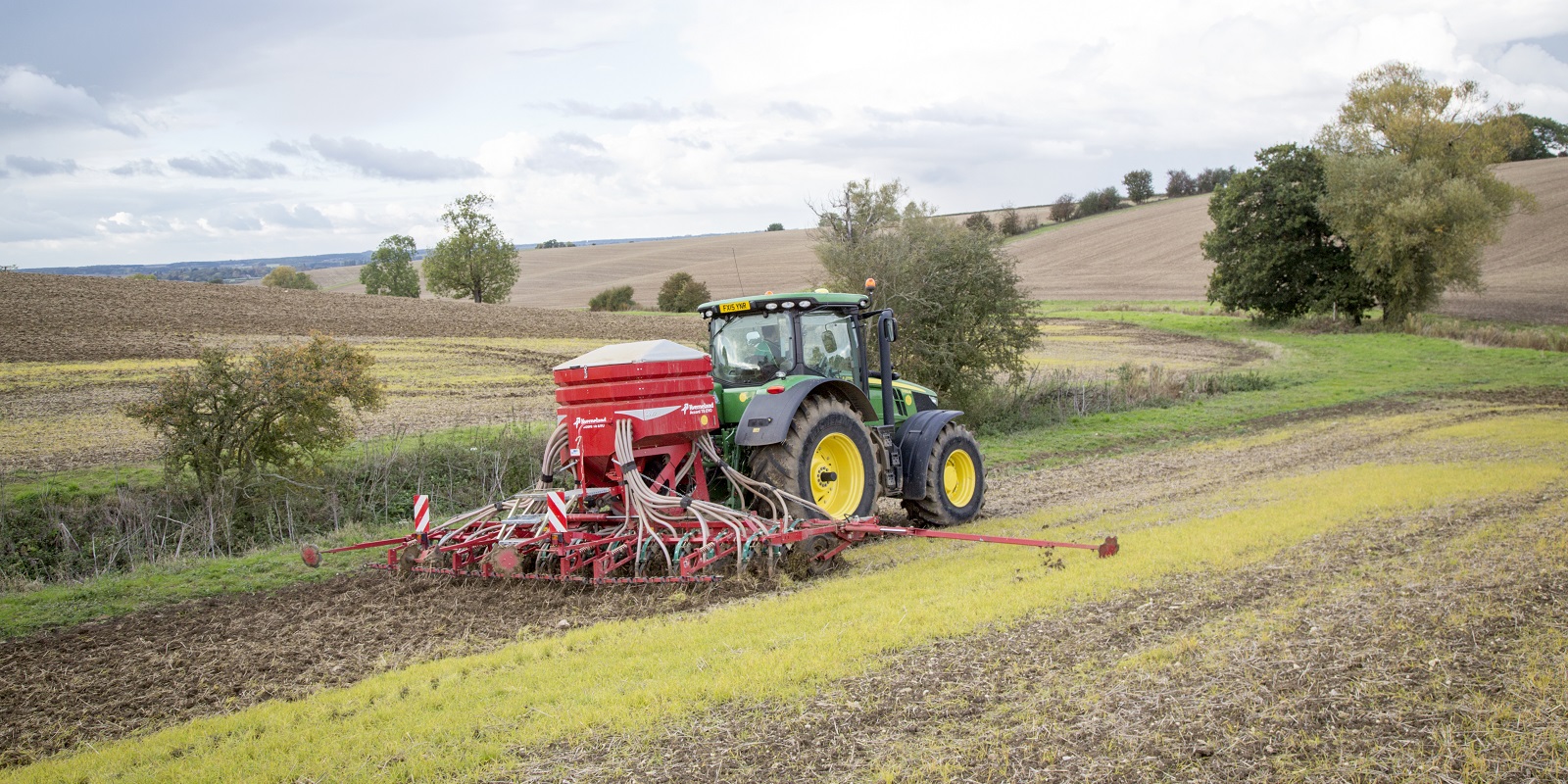 There has been some re-drilling of oilseed rape in late September, largely due to drought, but where crops were drilled later growers have also been caught out by the peak cabbage stem flea beetle attack from late August. Those that drilled early saw crops reach a decent growth stage before the worst of the flea beetle strike and have grown away well.

On the lighter land in North Norfolk, cereal drilling has commenced and due to the early harvest, good seedbeds have been prepared and there is now sufficient moisture to help establishment. To the south of the region on heavier land, progress has been limited, with later drilling helping with black-grass control.

The sugar beet harvest kicked-off in the final week of September as the Wissington and Bury St Edmunds factories opened. From yield digs, sugars are around 15-16% and yield about 20% down on the average. Early drilled, heavier land has fared better than the light land, where drought has meant poor canopy growth and little bulking of roots.

Where oilseed rape crops have escaped drought and flea beetle attack, growers should be on the lookout for peach potato aphids, which spread turnip yellows virus (TuYV). The time of infection is important, as early infection has a greater impact on yield than later infection.

A recent study suggested late September infection causes 10% yield loss, compared to 9% in late October and only 1.5% in late November. In practice, control of early migrants is key, as aphid flight ceases below 15C, so no further colonisation will take place if temperatures remain below that level in late autumn.

If we have a mild November, research suggests that the crop is still at risk. I suggest that you keep a close eye on AHDB Aphid News, as Rothamsted are evaluating virus risk, and monitor crops for aphid colonisation.

Biscaya (thiacloprid) will give a fast knockdown of aphids and about two weeks’ protection post application.

The phoma risk period is on the horizon and oilseed rape will need monitoring for signs of the disease in susceptible varieties. The Spot Check monitoring service provided by Bayer and ADAS can help support fungicide decision-making. This will also uncover any latent light leaf spot infection, which is important as recent research suggests this occurs much earlier than previously thought and available fungicides are protectant only.

Barley yellow dwarf virus (BYDV) could be a threat this autumn, particularly where Redigo Deter (clothianidin + prothioconazole) seed treatment has not been used. The T-Sum calculation – accumulated day degrees above 3C – should be used to identify the need and timing for a foliar pyrethroid spray.

This should be started at emergence for untreated crops and about 6-8 weeks after emergence for clothianidin-treated crops. When a T-Sum of 170 is reached, it signals the start of the second generation that spreads BYDV and a treatment should be considered. If the weather turns cold, that could be enough to see crops through the risk period.

Early drillers on light land, with little or no black-grass, will be using a cost-effective pre-emergence herbicide of 0.3L/ha Liberator (flufenacet + diflufenican), plus pendimethalin. However, those on heavier land with black-grass should look to use a base of 240g of flufenacet, which is provided by 0.6L/ha of Liberator.

Trials this year have again suggested that 2L/ha of Defy (prosulfocarb) and Avadex (tri-allate) are the most effective tank mix partners for Liberator. Avadex will be particularly useful in early-drilled situations where seedbeds could be drier.

In later, wetter conditions and where growers might have a problem getting a contractor to apply Avadex granules, we have also seen good results with Avadex Factor, the liquid formulation of tri-allate. It offers 10-15% to black-grass control compared to Liberator alone and bolsters wild oat and brome activity.

If sugar beet producers are lifting in November or December, a two-spray fungicide programme should suffice this season. However, it is a long campaign and for crops destined for a January or February lift, a third fungicide might be justified to maintain crop canopy and build yield. 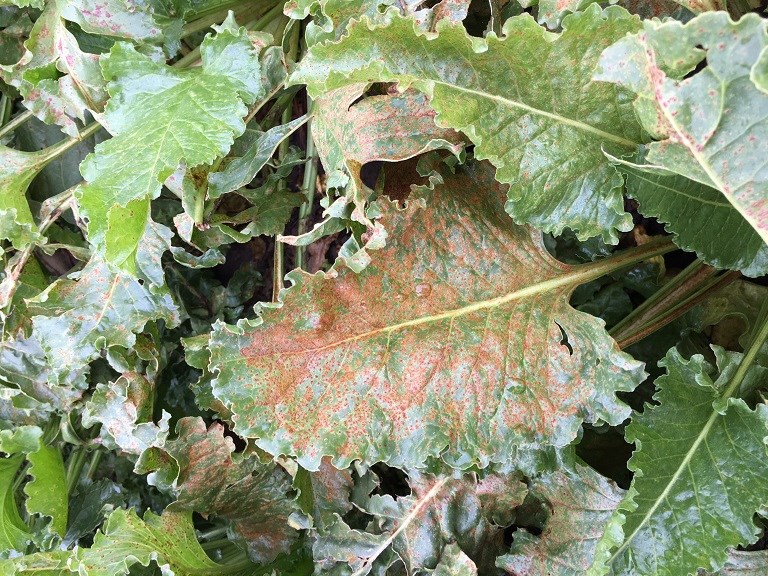 Only two applications of Escolta (cyproconazole + trifloxystrobin) are permitted per crop, so if these have been used up, epoxiconazole is an option. This will reduce the potential yield impact of a later developing disease like rust and cercospora, which have been found in low levels. Late season diseases can defoliate the crop during October/November if conditions remain warm. 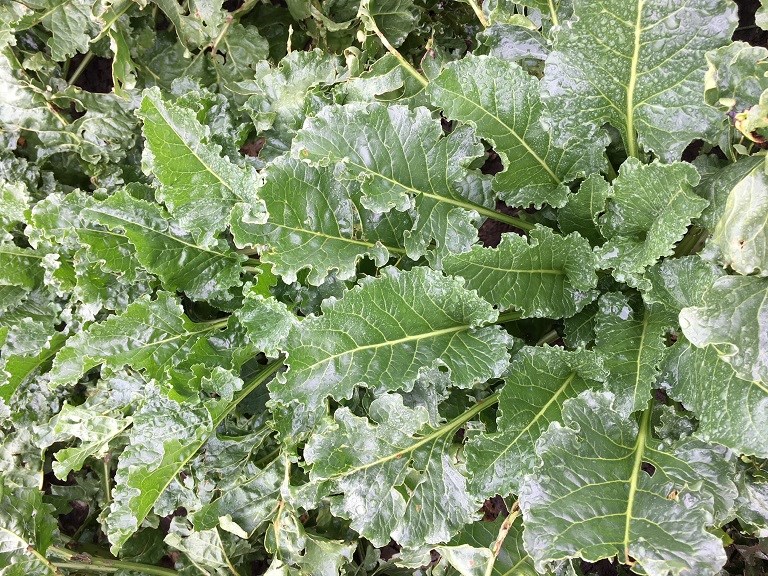 Midlands: Focus on blackgrass and oilseed rape disease in October

In the Midlands, Matt Garnett advises growers to focus on oilseed rape disease and maximising grassweed control in winter wheat during October.