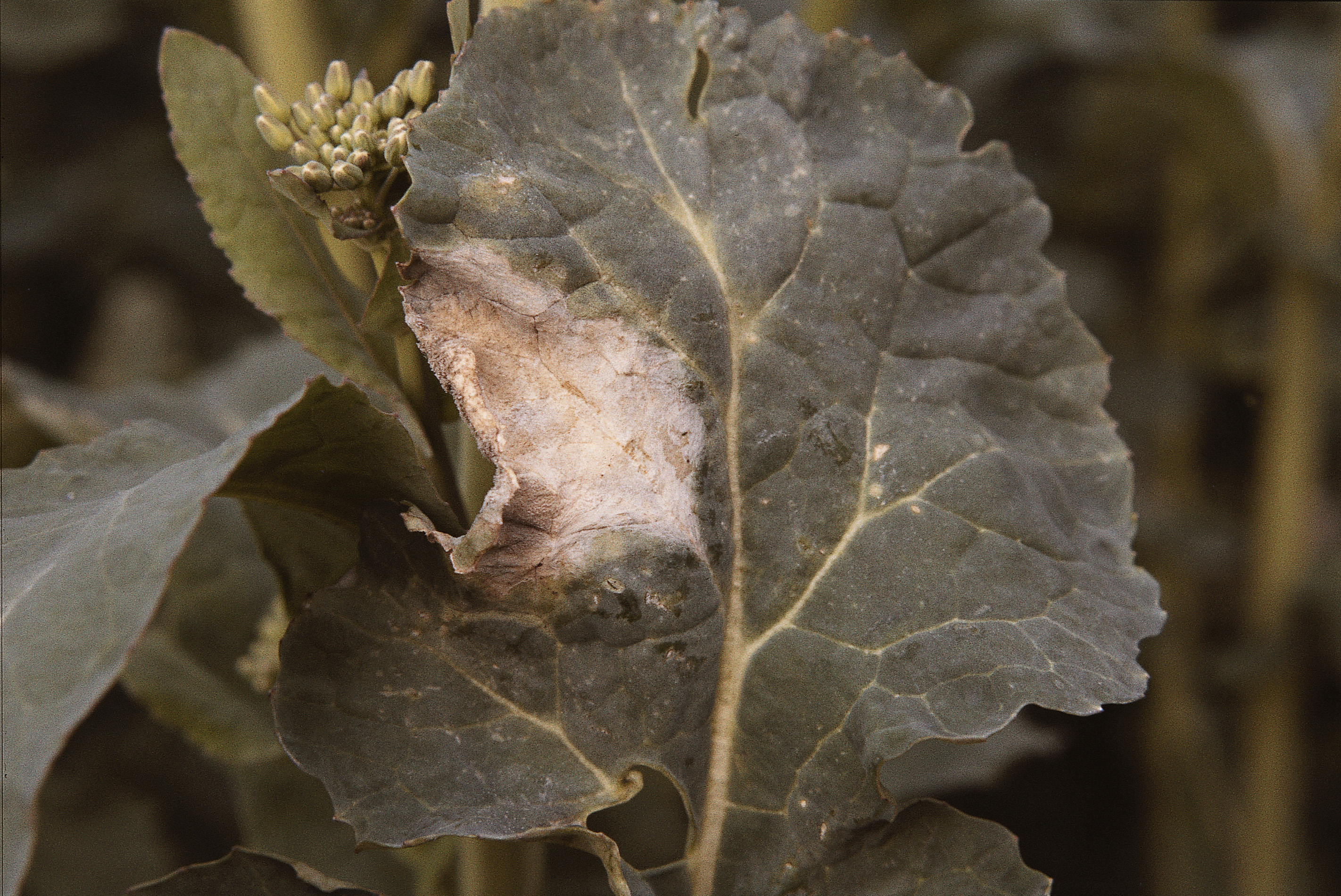 Losses due to light leaf spot (£144m) now far outweigh that of Phoma (£80m), making this the number one disease concern for oilseed rape growers. 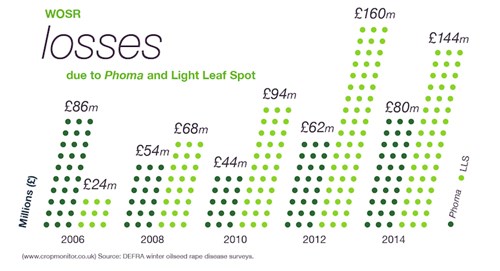 Bayer’s SpotCheck initiative was launched to address this problem, and support growers in achieving a conclusive diagnosis of light leaf spot incidence in their crops. With support from ADAS and the Association of Independent Crop Consultants (AICC), more than 600 samples were sent in to SpotCheck between October 2017 and March 2018. The samples were assessed by ADAS for symptoms and if none were found, the leaves were incubated for 48 hours before being reassessed.

Last year SpotCheck found that 26% of light leaf spot symptoms were unseen by ADAS or the grower, demonstrating the importance of incubation in disease identification. 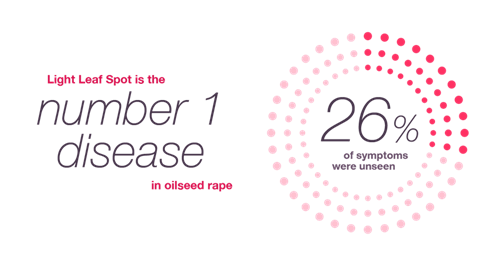 Philip Walker, ADAS Arable Plant Pathologist, says light leaf spot is one of the most difficult diseases to identify in the field, especially for growers unfamiliar with it.

“Incubating leaves at room temperature in a sealed bag for two to three days to allow disease to express, and for the latent inoculum in the leaves to become visible, is much more reliable.”

Early in the season, growers should look for white sugar-type spores on the top or underside of the leaf and may find it useful to magnify the leaf surface with a hand lens, he says.

“Later in the season, look for lesions on the leaf, which can be confused with symptoms of powdery mildew or fertiliser scorch. In 2017/18, light leaf spot was slower to develop in the field, so we were still seeing early symptoms in February, which was when the main epidemic occurred.”

During SpotCheck, ADAS also carried out weekly assessments on an untreated susceptible variety in Herefordshire. The results demonstrated that while field symptoms were not present until late January, the disease inoculum was present in the crop as early as the beginning of November. 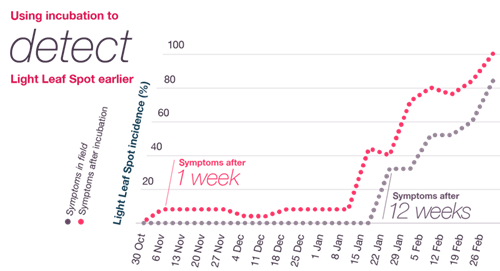 Claire Matthewman, Campaign Manager at Bayer, says that these results demonstrate the danger of light leaf spot versus other diseases like Phoma.

“Just because you can’t see it doesn’t mean it’s not there. In this particular crop in Hereford, there was an 11-week period where the disease was spreading, but no visual symptoms were present.

“Light leaf spot is a polycyclic disease, which means that it has multiple life cycles in a given season. So, even if symptoms aren’t visible it can still spread at an alarming rate if left uncontrolled.”

Once light leaf spot is identified in the crop, focus turns to how to control the disease. Given the polycyclic nature of light leaf spot, it is advantageous to utilise a fungicide spray as soon as disease is present in the crop, to knock down disease inoculum in the crop and reduce the epidemic threat. 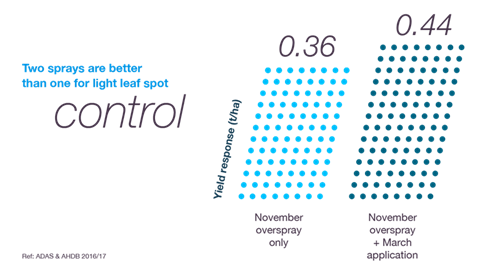 “Workload is an important factor however,” Mrs Matthewman says. “Most growers are spraying for Phoma in the autumn anyway. So, a product such as Proline (prothioconazole) with activity against both light leaf spot and Phoma is a good way of protecting the crop from disease, without additional workload and the fuel costs that come with an additional pass.”

Sean Sparling, Chairman of the AICC, adds “fungicides give you three weeks’ protection against light leaf spot at best, so you need to understand the life cycle of the disease and how disease and fungicide will be impacted by upcoming weather. Based on these facts, decide when is the right time to spray.”

To have your leaves assessed and receive a conclusive diagnosis on light leaf spot incidence in your crop, simply call ADAS Rosemaund on 01432 820444 and request a sample kit. The sample kit contains:

Results can be expected via email within five working days.

Should I sample prior to any fungicide applications where possible?

Should I sample prior to any fungicide applications where possible?

The objective of SpotCheck is to confirm the presence (or absence) of disease in commercial crops. Therefore, samples can be sent before or after a fungicide application, as long as we know if/when fungicide was applied.

If plants/leaves are sampled within about two weeks following fungicide application it is unlikely that we will see disease symptoms (except for old symptoms which were already present) so the value to the grower/agronomist is likely to be diminished.

Next
How long after a fungicide application should we leave it before sampling?

How long after a fungicide application should we leave it before sampling?

We ask that growers and agronomists avoid sampling within 24 hours of any pesticide application.  From a safety perspective no-one should be handling crops that have just been sprayed.

Whether it is the fluctuations in the market environment, the loss of neonicotinoid seed treatments or the increasing threat from pests and diseases, it can sometimes feel like the crop is being attacked from all sides. That’s why we have developed The Big Picture report for oilseed rape.