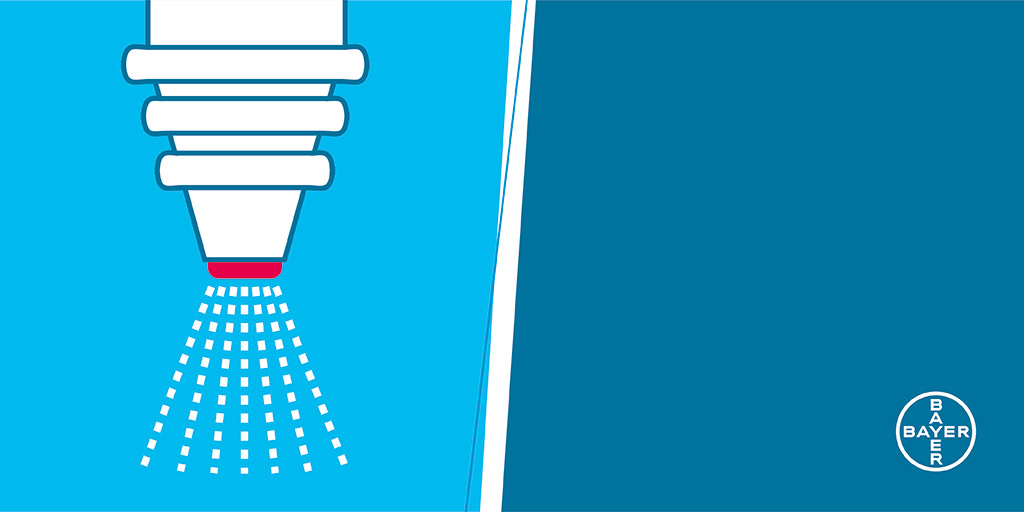 In spring 2018 we ran a survey of spray operators to gain an insight into their challenges and lives. In total there were over 200 completed surveys– thanks to everyone who took part!

Here are our 6 top findings from the survey.

When the data is normalised – converted to percentages according to how many answered each question – it quickly highlights that the toughest challenge is post-emergence sugar beet weed control. Over 70% of operators faced with this challenge reckoned this was either a quite or very challenging target to hit, and broadly the same agreed it was difficult to time.

That is not surprising – beet herbicides have historically been a compromise between crop safety and applying to small weeds for best efficacy, and while products such as Betanal maxxPro (phenmedipham + desmedipham + lenacil + ethofumesate) have helped increase flexibility, it is still an application that requires planning. There might be help on the horizon, however. Our new Conviso Smart system, once approved, will allow conventionally bred herbicide-tolerant sugar beet varieties to be sprayed with a herbicide that would normally kill them, and offer more flexibility in weed control in the crop.

Hot on the heels of sugar beet weed control – was grass weed control. Over 60% of sprayer operators rated that as challenging in cereal crops. Here it seems hitting the target is the main problem – although timing the sprays was either quite or very hard for nearly 50% of operators.

The target, of course, should be relatively small for best efficacy, and is upright, making it definitely one of the most challenging to hit effectively. Couple that with resistance issues in black-grass in particular to some of the herbicides used, it is easy to see why this one has operators concerned.

For more advice on how to hit this target effectively go here.

Of all the targets blight control overall had the largest percentage of operators rating it as very challenging to hit and time correctly, although fewer rated it as quite challenging than sugar beet weed control.

This one could be down to the weather challenges associated with spraying blight. Most programmes are now built on seven-day intervals, and any weather issues can easily throw this routine off and make control of the disease more difficult.

Where weather issues do delay programmes, then using the best products, such as Infinito (fluopicolide + propamocarb) will help minimise any risk to the crop. 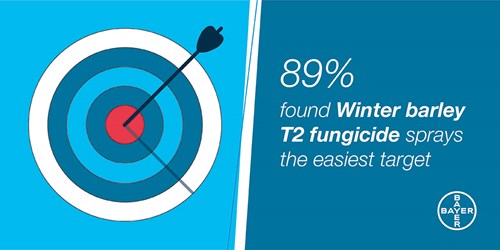 Perhaps not surprisingly pre-emergence weed control in cereals had the highest proportion of operators rating it as either very or relatively straightforward to both hit and time. It’s difficult to argue – there’s no weed target to hit, and you usually have at least a week after drilling to get the spray on before the crop emerges.

But there is one small wrinkle. With black-grass every percent control matters, and as pre-emergence residual herbicides, such as Liberator (flufenacet + diflufenican), are now the mainstays in terms of chemical control of the weed, everything you can do to get them to work as effectively as possible is crucial.

For Liberator that usually includes trying to apply the product within two days of drilling. By applying as soon as possible after drilling you’re maximising control as the emerging weeds’ roots will take up the chemical as they grow through the herbicide layer. 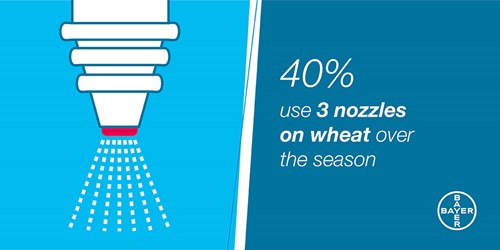 The vast majority of sprayer operators use at least two sets of nozzles in each crop, and frequently more. That’s hugely encouraging to see – again this comes under the get the most of out of every spray category.

An early post-emergence weed control spray is a very different target to a flag leaf fungicide spray, so it stands to reason a different type of nozzle might achieve greater efficacy, and getting that little bit extra out of each application is one of the differences that can make the difference to a grower’s profitability.

Individual nozzle control and the ability to automatically identify weeds, pests and diseases and then precision spray for each were the two new technologies operators were most excited about in our survey.

The world is changing – digital and scanning technologies are improving rapidly, as is the technology that can be used on sprayers, so it is no surprise sprayer operators are looking forward to the days when these technologies are available.

Already Bayer is working with companies with previously no track-record in agriculture, such as Bosch, to develop smart spraying solutions, where the aim is to, for example, identify weeds in a field and then apply the correct dose of a weed killer in a single step.

It sounds a million miles from where we were, but the technology is close to allowing just that to happen.

We may live in turbulant times, but Ag innovation is here to stay

Belinda Clarke, Director of Agri-Tech East, shares her view on the continuing culture of Ag innovation in the UK, putting Brexit concerns in perspective.