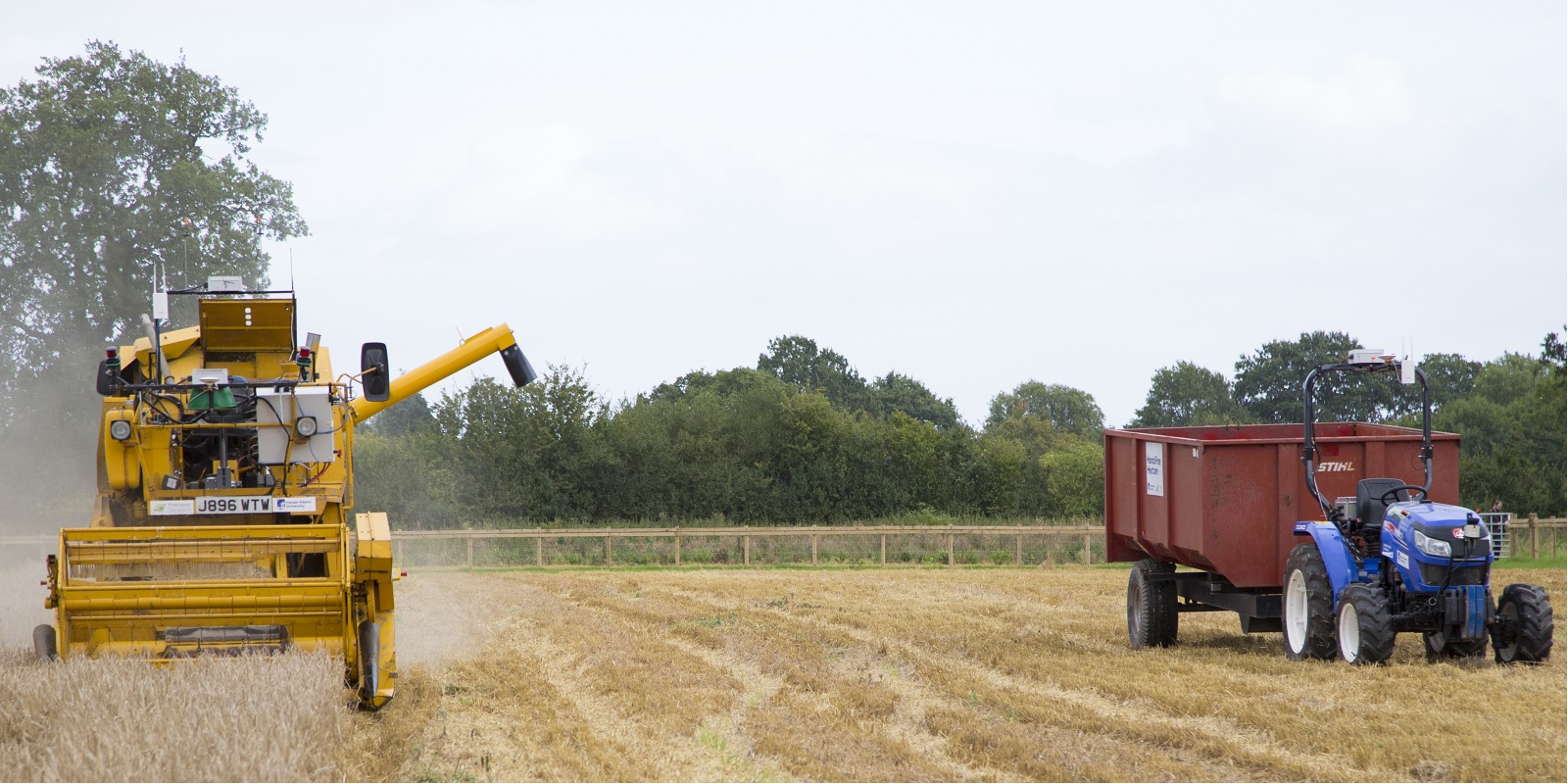 The £200,000 Innovate-UK funded project, co-sponsored by Bayer, used a fleet of automated equipment, modified with help from technology firm Precision Decisions, to plant, spray, and harvest the spring barley crop without any person setting foot in the field.

That’s a fairly modest budget for such a complicated project, but it was made possible by using as much off-the-shelf hardware as possible and making use of open-source drone software.

Getting this software and hardware to work together was one of the biggest challenges, says mechatronics researcher and UAV pilot Jonathan Gill.

“There were some quirks of the open-source drone software and hardware that we had to work around.

Now we’re working hard to fix, develop and remove these problems, as well as making the system more user-friendly.”

Despite the project’s success, there is still a way to go before fully automated fleets of machinery are working our fields. This includes engineers developing systems that allow machinery to fill up with seed or agrochemical products automatically.

Safety is another hurdle. The university trial had a fence surrounding the working area and there were sensors on the machinery to stop it if anyone strayed into its path.

But for a more commercial system the team would consider using additional safety systems to mitigate against the lack of physical boundaries.

The team’s next goal is to grow a winter wheat crop, which will bring some additional challenges, and they hope to secure funding to develop some more advanced machines. “I foresee the next 3-5 years being a very exciting time for automation in agriculture,” says Mr Gill.

Battery-powered tractors, driverless combines and weed-spotting sprayer systems are already technically possible. But when will this high-tech agricultural equipment migrate from the test bed to our farms?

A safer way to work with chemicals

easyFlow M - A closed transfer, metering and cleaning system for liquid chemicals from Bayer and agrotop.